Interview
Svetlana
In this small Russian village, no distinction is made between the physical and intellectual differences of its forty residents.

Svetlana
In this small Russian village, no distinction is made between the physical and intellectual differences of its forty residents. 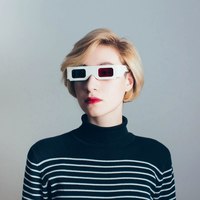 In many societies the world over, individuals with special needs are often treated with prejudice and disdain, and are mistreated for their inability to conform to the static constructs of everyday life. But in a unique social village in Russia, a group of people with varying mental disorders exist peacefully together, living freely with the support of multiple tutors and volunteers. This tiny village is called Svetlana, and no lines are drawn to signify the possible differentiations between each resident. No one is healthy or unhealthy, and no one is normal or abnormal. Instead, everyone is valued as an individual.

Upon hearing about this societal utopia, photographer Mary Gelman decided to photographically document its residents, recording each of their stories to present an example of life without stereotypes. Over a period of two years, Gelman visited Svetlana once a month, interviewing each inhabitant and creating soft, emotive portraiture of the forty people who live there.

In this interview for LensCulture, Gelman speaks about how her background in sociology led to a career in photography, why Svetlana is an important societal model, and how voracious research can impact the depth of a photograph.

LensCulture: You come from more of an academic background than a photography background. How did you first transition from one to the other?

Mary Gelman: I actually found photography through science. My first degree is in sociology, which still has a huge influence on my work. Throughout those studies, I focused on topics surrounding gender and discrimination. I always tried to somehow visualize this academic work, filling my presentations with photos. I went into sociology to connect with different people, resolve conflicts, and find something interesting in everyday life, but it was never enough. I wanted to dig deeper, and find different ways to get to know people. I was interviewing people who I wanted to represent in ways that went beyond an analytical text or article, so I ended up buying a camera.

LC: How did you start photographing when you first got your hands on this camera? Did you immediately know you wanted to pursue portraiture, or did your earlier experiments look a little different?

MG: Throughout my first year of photographing, I only took pictures in the street, shooting for around four to five hours each day, but something was always missing. I turned to portraiture when I created my first photo story. It was about LGBT teens in Russia, and how their lives are impacted by the country’s homophobic legislation. Soon after that, I created the project You Are Mine, which is a series of portraits of Russian women who have endured domestic violence. These stories are about how people can have power and control over one another, and are also about the victims’ difficulty with identifying and resisting this violence, both personally and legally, so portraiture was an organic decision.

LC: Did you ever feel you had to choose between your academic pursuits and photography?

MG: Once I started using the camera, I realized that the language of photography is incredibly important to me, but that I still wanted to pursue gender studies. The pursuit of both paths was very difficult – I studied day and night, and then I would make new photo projects on the weekends. At times I felt I needed to choose between the two, but I ended up finding a middle ground. I chose to pursue photography, but with a heavy focus on academic research.

LC: Why is this research an important step to take before creating these images? How do you think it impacts your portraiture?

MG: The human condition always plays the main role in my work – our interaction and connection with a person, and how we feel about each other. I spend a considerable amount of time on each project, not just because of the research and immersion into each topic, but also because I continuously go back to each protagonist in the stories again and again in order to create more intense photographs. This transmits a part of their condition into each work, and shows how I feel about it as well.

LC: I can really sense this habit of research and familiarity in your series Svetlana. Tell me, how did you first hear about this place?

MG: I actually found out about Svetlana through a friend of mine, and ended up calling to ask if I could visit. Svetlana is a photo story about one of the most unusual settlements in Russia. It is only made up of four houses, where people with special needs live freely with volunteers and tutors. There are no fences or locks on the doors, and there are no orderlies in white coats either. But they do have about 40 hectares of land to do small-scale farming, and their mandate ensures that all kinds of people are capable of living together, despite the physical and intellectual differences they might have. The story of Svetlana is about believing in the capabilities of people, and trying to think outside of the box when it comes to caring about others and the environment.

LC: What sorts of materials did you consult for this research?

MG: I worked with analytical articles, sociological books, and talked with experts if necessary. All of this helped me immerse myself in the topic, so that I could better understand the problems at hand. I also spoke with the subjects, asking them about their stories so that I could understand the themes I wanted to transmit through them. I conducted interviews, and during those interactions, I made narrative photographs, communicating their stories and conditions through these images.

LC: What were your visits to Svetlana like? Did you spend an extended period of time with the residents?

MG: I went to Svetlana for the first time in 2016 to spend a day there, and was immediately inspired by the people, ideas and atmosphere that surrounded the place. I was so intrigued by how the people there thought about and approached each other, and went about daily life without stereotypes. I wanted to return to get to know the place better, and as a result, the project took almost two years to complete. I took a trip to the village each month, and would stay there for anywhere between three to seven days. It gave me real insight into what we are capable of when we throw away stereotypes and don’t cling to labels.

LC: What are some of the ways you think this community has directly impacted the residents? What were the specific differences you noticed from general society?

MG: In Svetlana, you learn to be yourself as opposed to someone else. In all communication, no one pretends or hides their emotions – they don’t wear masks. You learn to be open and honest with both yourself and others. Everyone is a teacher to each other, and you are taught to work for the common good, respect people’s boundaries, and care about the environment, which is very different from common society.

LC: Because so much research goes into these images in order to convey such rich emotion, what do you want your audience to take away from this work?

MG: I want to show people that there are successful alternative solutions when it comes to the lives of people with special needs, or anyone else in our society who requires help and support. I want to show the other side of people with special needs – not the differences between us, but the closeness and mutual desires we have, like friendship, love and depth. When you look at these photos, there is no distinction made between those who have special needs and those who don’t. I want my audience to try and stop categorizing the people who live in our world, and to instead think outside of the box.

Lisa (volunteer) with a donkey on a walk. Lisa, a volunteer, with a donkey on a walk. She has been in Svetlana Village for nearly two years. She works in the bakery, takes care of the donkey and works on the farm. Young people from different countries often come to live and work in the village. © Mary Gelman
Cellar in the village. Vegetables grown by the villagers sustain the community. Residents work a lot during the summertime so that there can be enough food to sustain them through the winter. The residents also produce cheese, cottage cheese and milk for themselves, and to sell to their neighbors. © Mary Gelman
Vasya. Vasya works on the farm. He often asks question to which he knows the answers. In his spare time, he likes to listen to Pink Floyd and Queen, and cut out pictures from magazines to make collages that decorate his desk. © Mary Gelman
Vika. Vika is an adopted daughter of one of Svetlana's workers, Sarah Hagnauer, an English woman, and her husband Boris. Vika has Down syndrome. She does not speak much, but expresses herself with sounds and so-called ways of alternative communication, like gestures. © Mary Gelman
Julia. As a child, Julia had meningitis. She is not able to read and write, and because of organic lesions on her brain, it is impossible to teach her to do so. Julia works in a cheese factory and she is proud of it. She collects applications for products, though she cannot write anything down. Instead, she hands over the piece of paper and a pen with a look that says she has no time to write anything down. "Write down it yourself, please!" she says. © Mary Gelman
Chapel near the village Svetlana. Villagers of the camphill are of different religious affiliation. Some residents often visit this chapel. © Mary Gelman
Raya. Raya has been living in Svetlana for three years, She arrived there from Sevastopol, where she visited the center of social support for people with disabilities, but didn't feel like she was helping society. She likes to joke, and at the same time she is embarrassed by any gesture from unfamiliar people. © Mary Gelman
Julia. Julia walks around the village each evening. There are four large houses in the village built by the residents themselves. Each resident has their own room, and all four houses have different names: Fyodor Dostoevsky, Larsh Henrik, Serafim of Sarov and Fritjof Nanson. Each has its own atmosphere and household norms. © Mary Gelman