Feature
Everybody Knows This Is Nowhere
200 Roma families who lived in a ghetto on the banks of one of Belgrades’s most important rivers have been run off the land, which is now considered premium real estate coveted by the elite class. Matt Lutton reports.
Photographs and text by Matt Lutton
View Images

Everybody Knows This Is Nowhere
200 Roma families who lived in a ghetto on the banks of one of Belgrades’s most important rivers have been run off the land, which is now considered premium real estate coveted by the elite class. Matt Lutton reports.
Gazela was an isolated community of over 200 Roma families living abjectly difficult lives under the Gazela road bridge in Belgrade, Serbia. They made their living from the recycling of metals and refuse, and the landscape around their homes was filled with toxic mounds of rotting waste. It was a ghetto split on the banks of one of the region’s most important rivers and on premium real estate eyed by the elites.

This photo story begins with the community living under the bridge before its destruction and partial relocation on August 31, 2009. The local government, with funding from the European community, is working to open the land for reconstruction and development. The project then follows these residents to their new homes across Serbia, some better and some worse than the original settlement.

The people living there, depending on their legal status, would either be given a new container to live in on the outskirts of the city, free transport back to their villages or if they had no papers, an unceremonious trip to the curb and likely a home in another improvised camp.

My motivation has been to photograph the vitality and essence of these men, women and children, beyond the ugly facade of their situation. Lives and livelihoods were uprooted, and a community disassembled. This is regrettable whether or not it is in the greater public interest or ultimately benefits the residents. 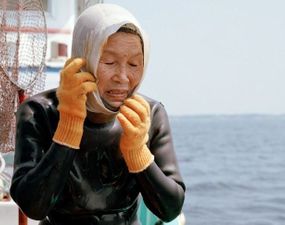 Ama-San
Nina Poppe
Aging but legendary fisherwomen from a Japanese island dive for abalone, using no equipment, in water up to 30 meters deep. They may be the last generation of their kind. 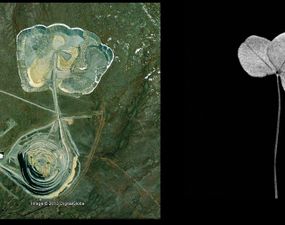 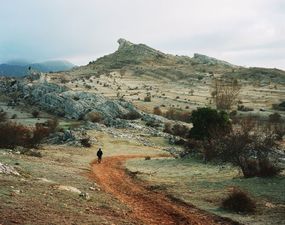 Scrublands
Antoine Bruy
An award-winning photo-essay about European men and women who made the radical choice to live away from cities, willing to abandon lifestyles based on performance, efficiency and consumption. 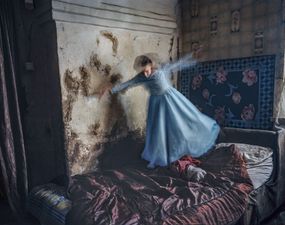 Virgin Lands: New Lives on the Kazakh Steppe
Mikael Hellström
Dazed and disoriented after their release from prison, former inmates in Kazakhstan—some who have spent decades in jail—struggle to acclimate to everyday life once they are released.