Interview
Concern Yourself with Why: Reflections from the Edges of Greece
Journalists are often told to answer the 5 W’s in their work (who, what, when, where…)—but according to this award-winning Greek photographer, it is “the why” that is most important.

Interview with Dimitris Michalakis
Inaugural laureate of the MedPhoto Award

Concern Yourself with Why: Reflections from the Edges of Greece
Journalists are often told to answer the 5 W’s in their work (who, what, when, where…)—but according to this award-winning Greek photographer, it is “the why” that is most important. 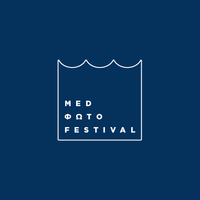 Since 2009, a sizable part of the Greek population has been facing the consequences of a severe capitalist-financial crisis. In 2013, youth unemployment (15-24 years) reached an all-time high of 62%; it has subsequently dropped to 50%, still the highest in Europe. As the recession has dragged on and on, the circumstances experienced by Greek society have become comparable to those during the Second World War.

Menidi, one of the poorest and most rundown suburbs in Athens, is home to the Kapota camp. It was inaugurated in 1999 in the aftermath of a devastating earthquake in September of that year. Initially, 400 prefabricated homes were set up within the camp; another 550 were added soon after. The Greek state’s original plan was for the earthquake victims to stay there for two years, after which they were to be transferred back to their repaired homes. More than 17 years later, over 3,500 people continue to live in the camp’s modified containers. This constitutes a society with all the characteristics of a ghetto: poverty, social exclusion, isolation, long-term unemployment.

This series, titled “Kapota,” was named the winner of the 2016 edition of the MedPhoto Award, Greece’s first ever international photography prize. Here, we look back at the project and present an interview conducted by Ioanna Chronopolou with the Award’s inaugural laureate, Greek photographer Dimitris Michalakis. In the interview, Michalakis reflects on his work, the challenges of documentary photography, and the meaning of the MedPhoto Award—

IC: How long have you been working in the Kapota camp? Was it difficult to approach these people in order to enter their world and produce the photographs we have seen so far?

DM: I worked in Kapota for almost two years. It was quite hard to gain access. The response I received from the people living there was that I was just another photographer who came to shoot some pictures, stay for a day or two, and then leave. This is the barrier and prejudice that I dislike most, but unfortunately it is one I face frequently in my photographic projects.

This comes from a personal belief: I cannot operate like a predator, “hunting” for my pictures. I’m not this kind of person. Rather, when I am with these people, I do what I can to become one of them. No, my house wasn’t demolished by an earthquake. No, I do not sleep on a bench. But our origins are the same: I don’t mean our racial origins, but our class origins. This is the world I want and aspire to photograph; this and the plights that people suffer because of other people.

IC: Your photographs have a very special style, especially in your ongoing desire for developing a relationship with your subjects. Is this something that arises every time during your contact with your subjects?

DM: I can’t tell if my work has a particular style, but one could definitely accuse my photographs of aestheticization—somehow beautifying pain, loneliness, etc. Now, I use both technical and aesthetic tools as “instruments” in my photographs, in order to draw in the viewer. Each image, and each subject, calls for its own reflection about how it will be photographed. For me, there is always a technical and aesthetic balance to maintain. In my personal work, for example, I will never consider showing up somewhere simply because I have “a scoop”—I think this would threaten what I am looking to capture.

But even when the conditions are right, there are many photographs I have made which are thematically interesting (they tell a good story) but that I find aesthetically unpleasing. The inverse can also be true—great visual appeal but lacking the adequate depth of subject material. Both of these extremes remain in my drawer, out of view. My ideal is a harmony between my subjects and their aesthetic form. Perhaps I have been influenced by cinema—the great directors’ films accomplish this harmony, I think.

IC: You have a lot of experience in reporting and documenting during your career so far. Do you believe that the work of a photographer such as yourself can eventually “touch” the audience? Awaken in us a new relation to the problems of our fellow citizens? Make people sensitive to unseen subjects? Perhaps, in the long run, help change the world?

DM: Well to your last question, I have to be blunt: of course not. If this were the case, the world would have changed already. Going back to the beginning, I don’t like the word or concept of a “career” at all. I think it is completely vain. I believe it is a great mistake to photograph with an audience in mind. For me, I always focus on subjects that I am concerned with. I don’t take into account anybody else besides the people in front of me.

In the end, I believe contemporary photography needs to concern itself primarily with one of the 5 Ws (who, what, when, where…) of journalism: why. Why are you doing this? The first and last person to answer this question must be the photographer, to him or herself. Only after that should it address anyone else.

This is what I would say to young photographers—answer the “why.” This is the reason why somebody starts a photographic story. Nothing else.

IC: What did it mean for you to be given the inaugural Award from the MedPhoto Festival?

DM: First of all, it is very important that there is a Greek award (the only one at the moment) which offers the winner a significant cash prize (rather than gifts of cameras, lenses, etc.) This is a big help for someone who wants to go on working on a project, or start a new one.

Another reason to be happy is the international jury, composed of people with global reputations, who directed their consideration to such a specific subject: the camp at Kapota. This micro-society, this “dot on a map” in the most remote corner of Athens, a place forgotten by everyone, where nothing seems to happen—this was chosen for our attention. This is a place with no petrol bombs, no disasters, no headlines. Their life goes on, indifferent to this prize. But what is important is that it is worthy of attention, and this award confirms that I should continue with my work.