Black Gold Hotel
A documentary photo-report explores how Mongolia’s vast mineral wealth is leading to irrevocable changes in the country’s culture and very way of life.

Mongolia’s economy is one of the fastest-growing in the world: in 2011, the GDP growth came in at 17.5%. This recent boom depends largely on the mining industry. The industry’s giants, attracted by the large deposits of copper, gold and most of all coal, have been drawn towards this once rural land in search for profit.

Thanks to this accelerated (and deregulated) development, local populations and traditional ways of life—based on ancestral, nomadic herding—are undergoing a crisis. Many families have left behind long-held traditions for the promise of riches that the cities hold. This new industrial society promises the world but also allows many individuals to slip through the cracks into economic and social poverty. Even those who have tried to resist are forced to contend with changes: pollution, vegetation-poisoning dust and increasingly marginalized living conditions.

“Black Gold Hotel” is a journey into the daily lives of people all over the country. From families in the Gobi Desert that have chosen to continue the steppe tradition to the young people in Ulan Bator (the country’s capital) that live, consume and have fun in a way more and more similar to their Western peers. From the kids forced to look for food and shelter in a dump, to the people that abandoned nomadic life hoping to find happiness in a more urban lifestyle—these are their stories.

For Michele Palazzi, photography is a direct tool to reach a wide audience. It is his way to document the world and leave a trace behind, before some places and some people vanish forever. Assistant editor Alexander Strecker got in touch to find out more about his approach to documentary photography.

When I first read about Mongolia’s rapidly developing economy, I realized that the Mongolian nomads I had always dreamed of were probably going to disappear quite soon. I wanted to see my subjects through my lens of nostalgia but also to try and understand what their “modern” lives were like presently.

Once I began photographing, I discovered that I wanted to make my viewers feel the (traditional) atmosphere of these places while also grasping the powerful process of modernization that was underway. Again, a balance between my view and what I was seeing in front of me.

Compositionally, I am influenced by famous paintings but in the moment when I make my picture, I depend on my instincts and the subject’s individuality. In other words, I make my photographs from a very personal point of view without any pretension of objectivity.

In general, I always advise other photographers to spend as much as time as they can with their subject. The most intense and powerful bodies of work are those that come out of long-term projects, intense commitment, and a vibrant relationship between photographer and subject.

Editors’ note: Palazzi’s work, along with photographs from all the LensCulture Emerging Talents 2014, were shown in an exhibition at the Galeria Valid Foto in Barcelona. Discover the work from all the winners on LensCulture. 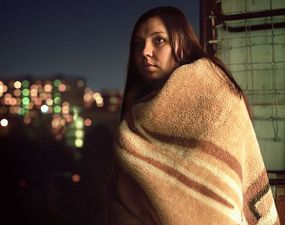 Metropolis
Ivan Mikhaylov
Russian photographer Ivan Mikhaylov has assembled a wonderful series of portraits and short interviews with young people who have moved from the provinces to find new lives in the bustle of Moscow. 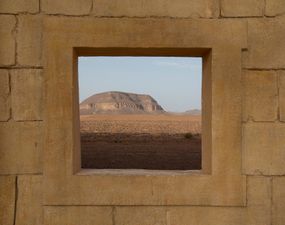 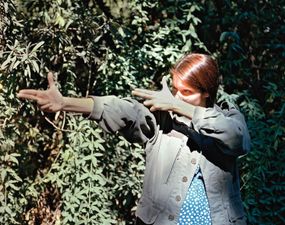 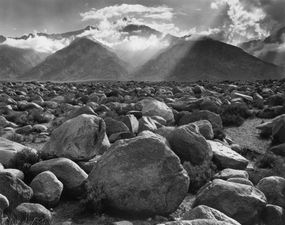 The Importance of Mentors: Learning From Ansel Adams
Manuello Paganelli
An inspiring essay recounts the story of a chance phone call made by a confused young man to one of the great masters of photography—and the life-changing relationship that followed. 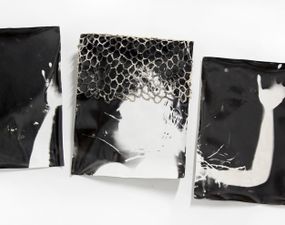 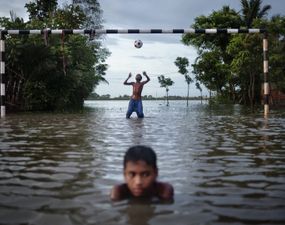 Environmental Migrants: The Last Illusion
Alessandro Grassani
Finalist, LensCulture Earth Awards: Floods in Bangladesh; droughts in Kenya; extreme cold in Mongolia—by the middle of the century, over 2% of the world population will be composed of environmental migrants. The question is: where will they go?