Book review
The Golden City
Californian Mimi Plumb gives us a slow-burning view of San Francisco from the moment she first encountered it, leading us through the people and places that she met across four decades of a life lived in and around the “Golden City.”

The Golden City
Californian Mimi Plumb gives us a slow-burning view of San Francisco from the moment she first encountered it, leading us through the people and places that she met across four decades of a life lived in and around the “Golden City.”

American photographer Mimi Plumb’s new photobook, The Golden City, takes us on a sweeping visual journey—beginning at the very edges of San Francisco, where she once lived because the rent was cheap. The book opens with a flurry of 14 pictures followed by a break marked by blank pages. In this first section, the city appears like a mirage seen in the distance; a faint and far off backdrop to the dusty mounds and dump sites in the foregrounds of these images.

There are plenty of obstructions keeping us on the outskirts in these pictures too, including fences and telegraph poles we have to look through, and past. In fact, the very first image in this book, after the title, depicts one of these obstructions, in the form of a hill we can’t see over. This immediately places us with Plumb, seeing from her perspective, and as the edit begins to unfold it feels as though we too are climbing up and over it with her, making our way slowly into the metropolis beyond.

Meanwhile, just a few people populate this first sequence of images. In amongst abandoned cars and cardboard piles, one lady lies upon a blanket in the sun, while another sits having a cigarette on the floor, each of them quietly passing time. Most of the other people we see are looking out at the city from where they stand, their backs to the camera. Slowness seems to swell through these first pictures, as if the people moving among them are all watching, and waiting.

From here, the images weave down through rooftops and power lines, over networks of roads, and finally, right into the center of the city, onto busy streets where people congregate in the shadows of glass skyscrapers. With balloons in the background and people climbing traffic lights to get a better view, a protest or perhaps a street party appears to be taking place. This middle section of the book is full of overpasses and freeways, billboards and commercial signs, people hanging out on the sidewalk, couples embracing, ramshackle houses and derelict gas stations.

Industry has a marked place too, with a run of images of power stations and building sites, crumbling tower blocks and pristine new developments—the rich and the poor, the past and the future of the city clashing. “NO FUTURE” reads a piece of the graffiti Plumb photographs. “Man Made Power, Man Made Pain, Deadly Reign” reads another. Here, Plumb often finds a way to frame her view in situ, and we find ourselves again looking through half-built walls or scaffolding at another scene past it. Something always leads us onwards here, you see.

Plumb’s contemplative way of seeing the world has remained consistent throughout her career, and there are threads of similarity between all of her works. I reviewed her previous book, The White Sky, here on LensCulture back in 2020, but where that work was shot by a young twenty-something photographer in the 1970s, The Golden City is like the next phase of her life as an artist; grown up and moved out, with all the pictures in this book having been taken from the mid-1980s right up until 2020. The White Sky was a quiet, brooding book—one that saw the artist reflecting on the slowness of the suburbs in which she grew up—and while The Golden City keeps some of that same focus on decay, class and abandoned landscapes, it is also full of more movement and happening; of nightlife and music and inner city buzz in San Francisco.

One of The Golden City’s most alluring qualities is that it opens in the daytime, and closes in the nighttime, with the last third of the book shot after dark. The switch happens directly after two consecutive images of old, run down doorways that seem to beckon us into the darkness. There’s something different about the book from here—a key change in atmosphere, offering a different side of the city. Here, we meet figures wearing masks, dancing in mostly empty bars, or alone out on the street, momentarily illuminated by Plumb’s flash. This cluster of images feels story-like and filmic in its powerful introduction of characters and symbols. These are the denizens of the city we’ve just journeyed through, and the people Plumb partied with back then; real folks in a city that is as gritty as it is golden.

Three images before the end of the book, a group of people stand with their backs to the camera, looking up and out at a starry sky beyond. It’s reminiscent of the images of people looking up and out right at the beginning of the book, bringing that atmosphere of watchful suspension full circle. Then the penultimate image takes us further into the blackness of the night. This time it’s a picture of a tabby cat, appearing as if to float in the dark; crouching, ears pricked, alert. In her explanation of the book, Plumb writes, “Downtown buildings on the far-off horizon reminded me of Oz. My cat, Pearl, kept watch on the rooftop of my flat.” Perhaps this cat is Pearl herself, then, watching just as her owner says she did.

After this, just one image remains. Plumb closes the book with a picture of a crane, seemingly demolishing an abandoned building; one final vision of progress in an ever-changing city. 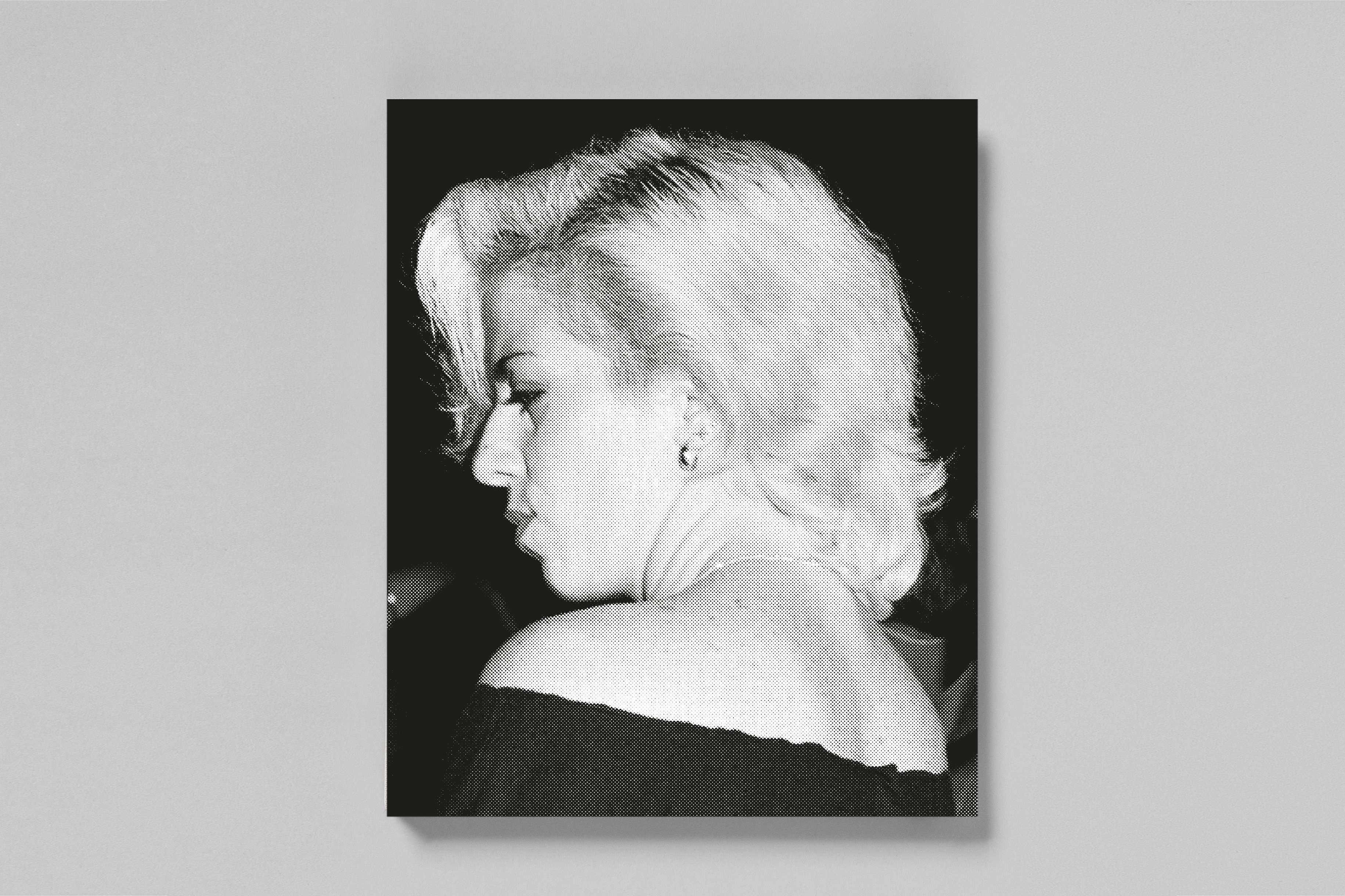