Award winner
The Price Of Jade
“Myanmar’s jade business may be the biggest natural resource heist in modern history”—essential reporting from one of the world’s least connected and most underrepresented countries, told from the perspective of a local storyteller.

The Price Of Jade
“Myanmar’s jade business may be the biggest natural resource heist in modern history”—essential reporting from one of the world’s least connected and most underrepresented countries, told from the perspective of a local storyteller.

This compelling photojournalism series was selected as a finalist in the Magnum Photography Awards 2016. Discover more inspiring work from all 44 of the winners, finalists, jurors’ picks and student spotlight award winners.

Myanmar’s secretive jade mines lie in Hpakant, a town located in the northernmost part of the country. Hpakant, also known as “the land of jade,” produces the world’s highest quality jade, a stone that the Chinese have prized for millennia for its beauty and symbolism. As an old Chinese saying goes, “Gold is valuable, but jade is priceless.”

Hundreds of thousands of young men arrive in Hpakant every day hoping to find a shortcut to wealth. They hail from all over Myanmar. Despite the dangers inherent to the search, these illegal miners swarm across mountains of mining waste dumped by government-licensed mining companies. It is a perilous job, especially when banks and slag heaps are destabilized by monsoon rains. A massive landslide in November 2015 at a waste dumping site reportedly killed 114 people.

Still, lumps of the precious stone represent a fortune for small-time prospectors—a fist-sized piece of jade can be worth a million dollars. But these rare finds pale in comparison to the staggering wealth extracted by the multi-billion dollar industry, which is largely run by Myanmar’s military and rich tycoons.

The biggest firms are linked to China; most of the jade ends up there illegally. A recent report by the London-based NGO Global Witness puts the worth of Myanmar’s jade industry at $31 billion—nearly half of the national GDP (and over 46 times the nation’s spending on healthcare). 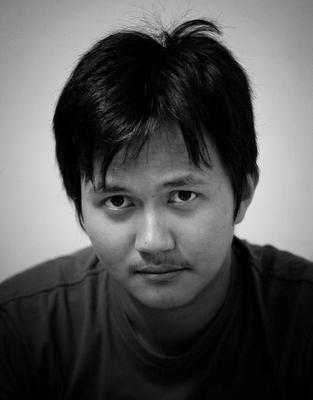 To make this project, Burmese photographer Minzayar Oo spent countless days among the illegal miners who search for jade. Depressing and desperate as this situation appears, Minzayar is part of a young, optimistic generation in his rapidly changing country—he offers a fresh eye on life and operates with a deeply-held trust in people. Somehow, amidst the upheaval, Oo’s work gives us hope.

LC: You represent a new generation in your country. Can you describe some of the changes you faced personally?

MO: There are really so many, it’s hard to count, but let’s start with one: 10 years ago, we didn’t have internet in Burma [by 2012, internet penetration had reached a shockingly low 1% of the population]. In this environment, it would have been very difficult for me to become a photographer—no access to the industry, no ability to see the work of other photographers, etc.

Recently, things have become much better with respect to civil rights, governance and freedom of the press. There are so many positive changes that I truly believe I am lucky to be in Myanmar right now; to be an insider living in the midst of such historic change. While external media coverage ebbs and flows, there are many underserved areas where I can develop stories and bring them forward to show the world.

LC: Jade mining in Myanmar is a complicated subject: miners struggle with HIV, drugs, business monopolies, politics, smuggling…what aspect of this environment do you feel most strongly about representing?

MO: For me, the human factor is key. For example, when I photographed the heroin “shooting galleries,” the extremely harsh measures taken by mining company security forces, or the individual smugglers who resell the gems in China—throughout, I endeavored to remain the observer of personal stories.

Another key point I should make clear: I’m on the miners’ side. Here in Myanmar, we have all heard about Hpakant, but the reality is shocking: the lunar landscape, the fields of needles. When I entered the area myself and saw the mountains of mining waste and the huge trucks on the dirty roads—that’s when I realized that it is essential to document this world properly so that people in my country and around the world would understand.

LC: How much time did you spend in Hpakant before you were accepted and therefore able to make your work?

MO: I came six separate times and stayed for up to a month with each visit. Getting real access takes time! At first, locals were very surprised to see a guy with a camera walking around—as a result, they were quite suspicious. They thought I was reporting on them for the company. So, it took repeated visits to break through.

LC: I’d imagine that the shooting gallery was a particularly hard place to access. Can you say more about this harrowing place?

MO: The first time I visited, I received permission from the local community leader and then went to see it myself. As I came up the hill, guys with machetes were following me. I saw used needles and discarded tubes.

On this initial visit, I spent fewer than 30 minutes there. I was so nervous: my shoes were not good enough to protect against all the needles lying around, and everyone who saw me thought I would give them money. It was intense and I was deeply shocked.

But I went back a year later, when I was more familiar with the community, and the feeling was completely different. It was heartbreaking: the place felt like a little village (kids playing freely near their parents), except that the parents were focused on shooting rather than being available for their families and each other.

As I learned, the illegal drug market is entirely ignored by the government: heroin is readily available and for sale for as low as $1. One of the galleries I visited was not far from the town’s police station, but this made no difference. For the jade miners, heroin begins as something that helps them bear the hard work—a means to relieve stress and survive. They quickly become addicted.

LC: Could you imagine being one of the miners yourself?

MO: After seeing what I saw—no, it’s hard to imagine. But it’s not that far away from me either: I have a relative who is thinking about going there, a young boy actually. His parents thought about sending him to Hpakant because he has no job and he’s doing nothing in Yangon.

For many people in the country, jade mining is just like any other job: hard and dangerous, but at least one gets paid. On my first trip, I met a man who found a stone worth $50,000. But still, he came back to keep mining after he sold it. This story is more a legend than reality—yet this constant illusion of a ‘lucky break’ attracts people (especially young boys) from across the country.

But even adults, such as my relative’s parents, weren’t aware of the negative side. So many people within the country rarely thought about the dark side of this particular work until they saw the stories in the media. Fortunately, nowadays many parents are telling their sons, “Be careful where you work and don’t fall for drugs.” It sounds obvious, but such advice can really make a difference.

LC: How do you plan to continue your work on the subject of jade mining?

MO: So far, my work on jade has focused on the human costs related to the extraction of the gemstone. The next step will take me to China, where I will explore why the Chinese value jade so highly and what the material represents for them.

Editors’ note: Minzayar Oo is represented by Panos Pictures. This project was made with the generous support of the Natural Resource Governance Institute (NRGI).