Video interview
The Reverberations from the Frame, the Photographic Echo
He photographed the capture of Saddam Hussein and Nelson Mandela’s funeral—an interview with AP’s former Chief Photographer for the Middle East, Pakistan, and Afghanistan.

The Reverberations from the Frame, the Photographic Echo
He photographed the capture of Saddam Hussein and Nelson Mandela’s funeral—an interview with AP’s former Chief Photographer for the Middle East, Pakistan, and Afghanistan.

As the former Associate Press Chief Photographer for the Middle East, Pakistan, and Afghanistan, Muhammed Muheisen has documented a plethora of events that have deeply impacted our current social and political climate: the funeral for late Palestinian leader Yasser Arafat (as well as the ceremony for Nelson Mandela); the US-led war in Iraq; the capture of former Iraqi president Saddam Hussein; and many others besides.

Recently, Muheisen has focused his lens on the refugee crisis across Europe. Although he has produced images that speak to the suffering, despair, and pain of displaced people, he has also sought to change the narrative. “Wherever there is a war, there is life right next to it. If there is a funeral on the right, you can have a baby just born on the left. This is the theme of the work that I do.”

This, and many more thoughts on reportage, in this video interview. 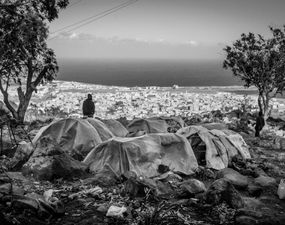 Revealing the Cracks in the European Union
Carlos Spottorno
Photographer Carlos Spottorno portrays one of the most pressing issues of our time—the European migrant crisis—using an unexpected and fresh form of storytelling with the hope of reaching more people with his message. Learn more in this exclusive... 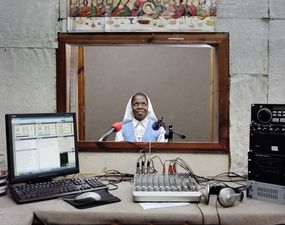 (Re)Building the State of Haiti
Paolo Woods
Paolo Woods has been photographing Haiti since the aftermath of the 2010 earthquake. In his work, he looks past the standard iconography of disaster to find a people striving to build their own nation, their own state, against all odds. 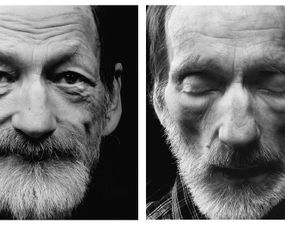 Life Before Death
noch mal leben: portraits of the dying
Walter Schels
A stunning series of portraits of people — shortly before and just after they die — is touring Europe now, and tackling one of the biggest remaining taboos in Western societies. Photos by Walter Schels, text by Beate Lakotta. 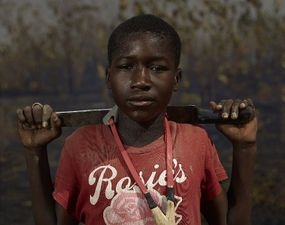 The Key Is Not to Blink
Ulrik Tofte
Ultra-rapid technological changes in Africa — and especially Ghana — threaten the extinction of centuries-old traditions and lifestyles, as individuals embrace the dreams of  a rising middle-class and pop culture. 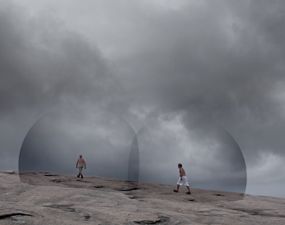 Invisible Ink
Santiago Vanegas
Imagined spaces within space, geometry, an animated expanse that is apparently empty — but seen by the photographer, and now, by you. 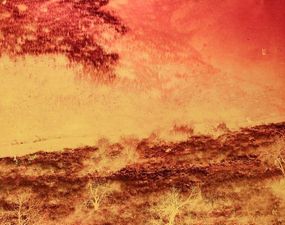 Notes (and Advice) from Aperture Magazine
Aperture Foundation
What informs how we look at the world through photography? Aperture’s editor Michael Famighetti offers his thoughts on the importance of knowing the history of the medium as a contemporary photographer, the development of the iconic magazine, and...