Book review
Natural Deceptions: Disorienting and Deceiving Portraits of Womanhood
What does it mean to be a beautiful woman? In this book, photographer Natalie Krick plays with the viewer’s expectations and preconceptions about imagery of sensual women.

Natural Deceptions: Disorienting and Deceiving Portraits of Womanhood
What does it mean to be a beautiful woman? In this book, photographer Natalie Krick plays with the viewer’s expectations and preconceptions about imagery of sensual women.

The photos in the first monograph by 2017 Aperture Portfolio Prize Winner Natalie Krick, Natural Deceptions, are so shiny, you have to tilt the page away from the light to see the images properly. And still, even once you get the angle right, there’s a sense that you’re not seeing everything. The high glossiness of the paper’s surface is reminiscent of magazines and snapshots developed at drugstores behind signs advertising “1 hr photo.” Such things are often kept separate from the world of fine art photography, but Krick uses this assumption to her advantage.

If the surface is the first thing I noticed when looking at Natural Deceptions, it’s no accident. The collection of images in this book tackle assumptions around beauty standards, motherhood, and the idea that what is visible is actually real. The image peeking out from the triangle-shaped cutout on the cover shows two pairs of lips touching, but the subjects are still turned towards the viewer. Both mouths have a thick coat of greasy, magenta lipstick, and until you pull back the front cover, it’s difficult to say whether this is one woman with her mouth pushed up against a mirror or two women embracing. In fact, the title of the image, “My Mother’s Parents,” reveals that the lips belong to Krick’s grandma and grandpa. These are the tricks Krick plays on her audience. Like nesting dolls, her photographs open up and become duplicitous. These games and layers make Natural Deceptions feel like it is growing; like it is capable of changing between viewings.

But before I get into the way this book changes, I want to talk about what stays the same. A majority of the photographs in Natural Deceptions are centered around the face of one woman: Krick’s mom. When Krick was in grad school in Chicago, her mom came to visit for a weekend; Krick took that opportunity to dress her up and take some photographs the way she did with many of her subjects at that time. When she developed the film, though, the familiar face of her mom had turned into something stranger—a hybrid of the two of them; something recognizable but out of place. Krick was intrigued, and so began the project now contained within Natural Deceptions.

But back to those lacquered lips. Krick’s mother is often heavily made up: she wears a variety of wigs, her nails are painted different shades of neon, and her clothing is loud. In this way, Krick’s portraits of her mom seem to capture a character rather than her actual mother. The titles of her photographs confirm this: there’s an image titled “Mom as Me” that shows Krick’s mother sitting on a daybed looking up at the camera with a fur around her neck. And there’s another of her mom’s face, blown out by a bright flash, that is titled “Mom Pretending to Worry.”

In all of these photos, Krick’s mom appears docile, the way a model in a magazine might—it seems like she looks at the camera when she’s told to, and pretends to worry when asked. Krick references the French fashion photographer Guy Bourdin through the use of bright, delectable colors and by multiplying the number of hands in an image or mimicking the spread of legs. And yet, Krick’s photographs are different from the typical images we see of women in fashion magazines. Krick can go further. Her gaze—the gaze of both a woman and a daughter—complicates what we’re seeing in a way that’s entirely different from Bourdin’s gaze. She even steps into the frame herself. In doing so, when she calls to Bourdin’s images, it doesn’t just feel referential—it feels aggressive. And because of that, the women in her photographs are more than just docile. They are fierce.

I’m thinking specifically of an image titled “Mom With Skittles in Her Shirt.” In it, Krick’s mother catches the flash in what otherwise appears to be darkness. She’s wearing a tight spaghetti-strap tank that doesn’t cover the black of her bra straps, and with hands raised above and behind her head, she pushes her chest out. Your eyes follow the frame of her body and the stretch of the pink tank until they fall on the skittles staged to look like nipples gone hard. It isn’t just the title that invites a sense of humor into the frame, but it definitely helps.

Sexy is so synonymous with youth in our culture that seeing a picture of an aged mother in a shot like this feels as though someone is missing the mark. It’s a pose you might find in an advertisement for something summery and sensual, except here the model stands in the dark. There’s no context behind her—no ocean waves or sunshine—only her hands rest behind her head. In this way, Krick pokes at our relationships to bodies and our expectations. Maybe you want to laugh at this picture, but there’s also a sense that the joke is being played on you, the viewer. Did we fall for the illusion created by the skittles before we even read the title? Did we forget that this is Krick’s mom?

It isn’t difficult to get disoriented in these photographs. In various images throughout the book, people are hidden in the patterns of a background, or body parts are erased when they blend into another surface. All these textures and textiles flatten the world inside the photograph rather than filling it. It makes the reality of the photographs feel unfamiliar. As a viewer, it’s easy to lose your sense of gravity. And then, almost as a way of grounding us, Krick invites us back in by tossing us a few things we can recognize.

There’s a photo titled “Spread,” which depicts two people sitting on the ground with their legs positioned to look like the subject is only one woman with her legs open. Our eyes struggle to make sense of the image and to catch the trick. Another photograph titled “She Has Such an Expressionless Face” shows a woman, who indeed appears to have no face, hiding behind a houseplant commonly known as Mother-In-Law’s Tongue. In both of these images it is the details that ground us. We can recognize houseplants, mown grass, and the same yellow dress. The props remind us that the optical illusion we’re seeing is actually human.

Still, the distortion in both of these photographs remains uncomfortable—I continually found myself wanting to see something that wasn’t actually there. Krick is definitely toying with this desire. Even if it’s disorienting, she doesn’t push us out entirely. By shooting in the style of fashion photography—a language we all know well—Krick offers a taste of something we can recognize while building a new frame of reference—a new visual language of womanhood. It’s one we can take with us as we navigate our way through the larger representation of women in media.

In focusing on her mom, Krick’s lens widens to capture something both of them have lived through (and all women experience): what it is to try to be a beautiful woman. Natural Deceptions gives us all the things we think we want as viewers of beauty. And yet, it’s a saturated, distorted form of what we seek out in images of women. As a result, a large part of the power we hold as viewers is pulled out from under us. It’s as if Krick knows what we want and delights in overfeeding us.

You can learn more about Krick’s work on her personal website. 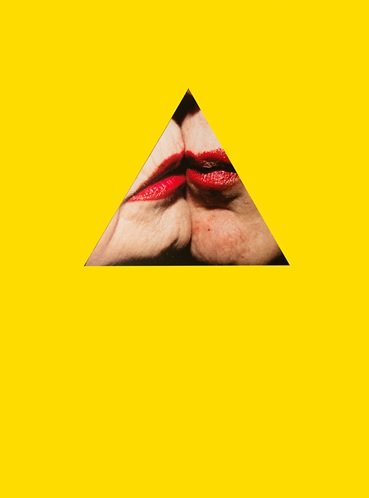