Feature
DATA Rush
“Data traffic, which affects all aspects of our lives and the entire virtual society, is invisible to the naked eye. How do you photograph something that is barely photographable?”
A preview of Noorderlicht Photofestival 2015
View Images

DATA Rush
&#8220;Data traffic, which affects all aspects of our lives and the entire virtual society, is invisible to the naked eye. How do you photograph something that is barely photographable?&#8221;

As always, the Dutch organizers of the excellent Noorderlicht Photofestival have pulled together a complex and compelling series of exhibitions and events for the 22nd edition of this international photo festival, open from 23 August - 11 October 2015, in Groningen, the Netherlands.

In the main exhibition DATA RUSH, internationally renowned photographers and multimedia artists take stock of the digital era. We surround ourselves with virtual networks, but to what extent do we still have control over our data? DATA RUSH is coupled with two sideline exhibitions and an in-depth programme focusing on the theme of privacy and surveillance.

Curator Wim Melis said, “Data traffic, which affects all aspects of our lives and the entire virtual society, is invisible to the naked eye. How do you photograph something that is barely photographable?”


This year, half of the human population on earth has access to the Internet. In DATA RUSH, Noorderlicht holds our digital life up to the light. We connect everything with everything, but what happens behind our screens? In new and existing work, fifty artists explore the field of tension between digital freedom and the battle for our data. The program includes 3D exhibitions, multimedia presentations, lectures and roundtable discussions. Here are just a few, selected highlights from artists featured in the main exhibition. See more in the full-screen slideshow above. 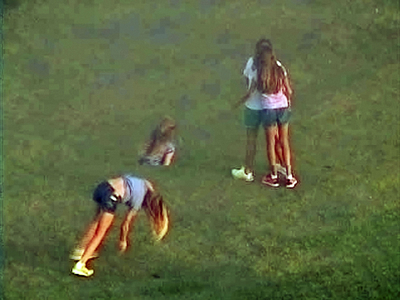 In order to portray the construction of a new community, the project developer installed a camera on top of an antenna for mobile phones; the images of which were made public. It is just one example of the many non-secured devices which actively and haphazardly pump information onto the Internet. For his series THE NEW TOWN, Andrew Hammerand uses images from this camera as though it were his own. Because he had full access to non-secured controls, he could point the camera himself, zoom in with it and focus. The result is a voyeuristic gaze on the village, a play with the visual language of surveillance, amateur footage and insinuation.

Andrew Hammerand (1986, United States) obtained his Bachelor’s degree at the Arizona State University and his Master’s degree at the Massachusetts College of Art and Design in Boston. Hammerand uses photography to examine the interfaces between technology, privacy and the American visual culture. 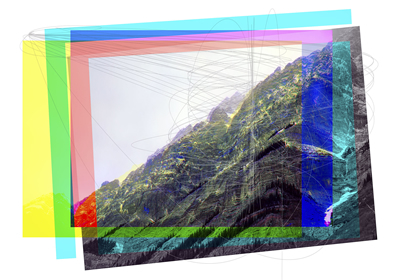 In Arnold Koroshegyi’s electroscopes, landscapes and data merge. He falls back on the practise of nineteenth-century geology investigations, where photography and scientific expeditions went hand in hand to discover the topography of the world. By integrating surveillance software in a layered photographic process, Koroshegyi was able to make a visual interpretation of the electromagnetic data in the atmosphere surrounding geographic formations. In ELECTROSCAPES the invisible flow of data, which ceaselessly trickles in remote, natural environments has been made visible with an aesthetic of abstract elements.

Arnold Koroshegyi (Canada, 1967) works with photography, multimedia and installations. In his work, he focuses on the transience of space and the margins of our changing social and physical landscapes. His work has been shown in various solo and group exhibitions in Europe and North America. The series ELECTROSCAPES was made possible with the support of the Ontario Arts Council. 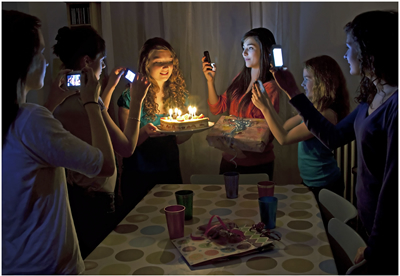 In her series STRANGERS IN THE LIGHT, Catherine Balet examines the complicated relationship between humans and their technology. Her photographs show the new posture of the ever-reachable, contemporary human, absorbed in the white, digital light of his device. The individuals she has photographed are solely illuminated by the light on their smartphone, laptop or tablet, thus creating a 21 st century chiaroscuro effect which seems to refer to classical paintings and the old masters. At the same time, it refers to the historical break with the past, brought about by modern means of communication.

Before dedicating herself to photography fifteen years ago, she worked as a fine art painter. Her work has been shown in various exhibitions in Europe and South America and was featured in The Sunday Times Magazine, Vogue, Die Zeit and Vrij Nederland, among others. STRANGERS IN THE LIGHT was published in book form in 2013. 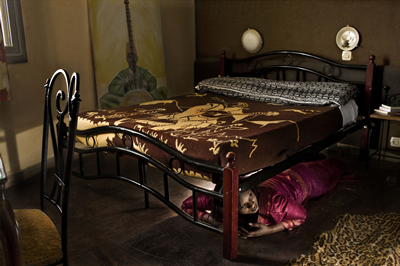 An old woman looking for someone to share out her immense fortune among charities, a girl who wants to marry you in order to fulfil the requirements to collect the large sum of money her father left her, or just the message that you’ve won a new car – everyone with an email account receives these kinds of appeals and other messages that are too good to be true. Under the guise of mercy, they appeal to our greed. In POLY SPAM, Cristina de Middel creates portraits of the senders, in which she translates every detail from the emails into dramatic images of the moment in which they were sent.

Cristina de Middel (Spain, 1975), who is Belgian-Spanish, has frequently exhibited her work internationally and has received numerous prizes and nominations, including the PhotoFolio Arles 2012, the Deutsche Börse Prize, POPCAP’ 13, and the Infinity Award from the International Center of Photography in New York. 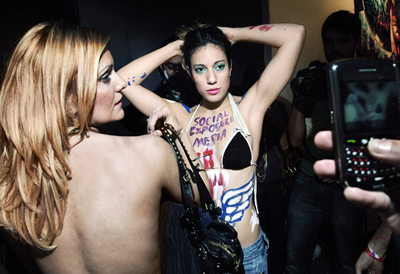 Since she started to take photographs a few years ago of the New York nightlife in all its different manifestations, Dina Litovsky has seen a change in clubbers: the focus has shifted from partying to taking photos of the parties. Litovsky became fascinated by the often exhibitionist behaviour of women who rather remarkably use their personal control over their image formation simply to confirm stereotypes. In UNTAG THIS PHOTO, she examines how public behaviour is influenced through the embracement of digital cameras, smartphones and online social networks in domains that were once private.

Dina Litovsky (Soviet Union, 1979) was born in the Ukraine and moved to New York in 1991. In 2010, she obtained her Master of Fine Arts at the School of Visual Arts in New York, and has since considered herself to be a professional photographer. Her work has appeared in The New York Times, Photo District News, Stern and Newsweek Japan. 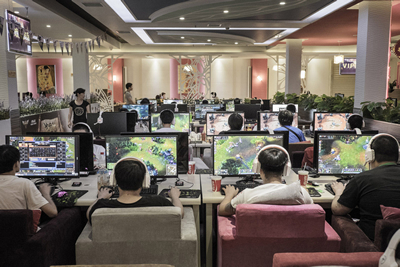 In no other country, are there as many Internet users as in China – 600 million. This prosperity, however, has a dark side. Thousands of Chinese, particularly youths, are addicted to Internet gaming. They isolate themselves in their rooms or in Internet cafés, where they can sometimes play online games for days on end, with disastrous consequences for their social and family life. Some gamers even die in front of the computer resulting from exhaustion and lack of movement. Fernando Moleres followed addicted youths who are trying to kick the habit at a clinic run by psychiatrist Tao Ran, who also a colonel in the People’s Liberation Army. Ran combines psychological and medical therapy with a strict military training, which also involves immediate family members. Many parents even allow themselves to be admitted into the clinic together with their child.

The work of Fernando Moleres (Spain, 1963) has been featured in The Independent, Stern, Le Figaro Magazine and TIME, among others. He has received various prizes for his photographs, including the World Understanding Award from POY and a Lucie Award. World Press Photo has awarded his work four times. At Noorderlicht, among other things, he has been a participant in the project The Sweet and Sour Story of Sugar. 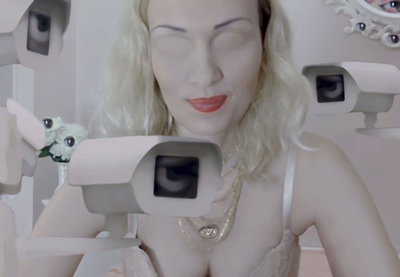 Hannes Hepp’s photomontages portray the invisible, global, digital espionage activities of the NSA and other security forces, but also the continuous alienation and isolation of ordinary citizens in the virtual world. The portraits in the series come from public chat rooms, where the persons depicted tempt visitors with the prospect of more explicit sexual images so as to entice them to pay for ‘private time’. The viewer is therefore simultaneously a voyeur and an object of voyeurism. Just as the photographer may have been spied on by security forces whilst making the photomontages in his studio.

Hannes Hepp (West Germany, 1969) has worked as a multimedia artist and psychoanalyst in Brazzaville, New York and Buenos Aires. His work has been published in the Süddeutsche Zeitung, fotoMAGAZIN and Photonews, and has been shown in various solo and group exhibitions. 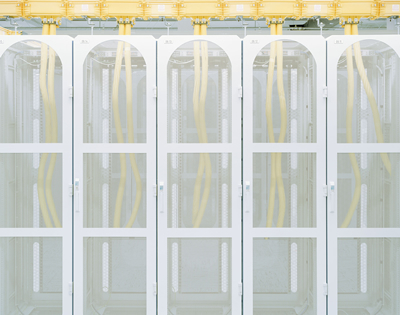 In 1969, the archetype of the Internet was developed for the American Ministry of Defence. In the almost half a century that has since passed, the application of the network has been extended from military purposes to all kinds of conceivable forms of interaction between billions of people around the world. But what exactly is this network of networks? Is it a physical place that you can visit? Over the past two years, Heinrich Holtgreve has been taking photographs of the Internet. His search for the Internet’s core has brought him to the North German coast, Egypt and Frankfurt.

Heinrich Holtgreve (West Germany, 1987) studied Photography at the Fachhochschule Bielefeld until 2013. His photographs were featured in GEO and Die Zeit, among others. His clients include Apple and the Goethe Institute in Cairo. 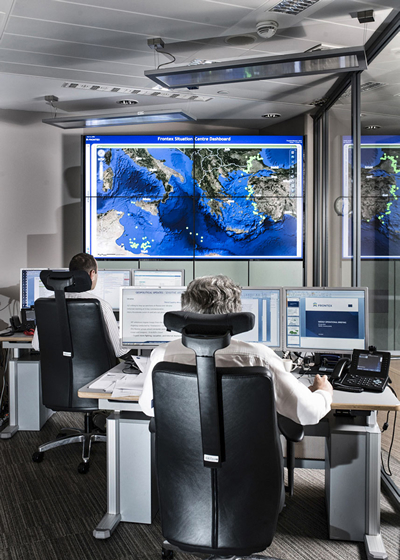 Direct contact between the border police and migrants in the EU will continue to decrease in the future. Not because the flow of migrants will run dry, but because advancing technology ensures that the surveillance of the EU’s external borders is becoming increasingly abstract. The new border surveillance system EUROSUR, which became operational in 2013, analyses data forwarded by satellites, radar stations, airplanes and drones. The information from participating countries is automatically and immediately exchanged with everyone through the network. Planned border crossings can thus be detected long before the border is in sight. People are thereby reduced to data, streams, points of light, and signals, and are no longer seen as individuals. Through surveillance, an infrastructure is fabricated that places the maintenance of Europe’s prosperity over a responsible way of dealing with ‘the other’.

Julian Röder (East Germany, 1981) trained as a photographer at the photographer-run agency Ostkreuz in Berlin. In 2009, he completed his photography studies at the Hochschule für Grafik und Buchkunst in Leipzig and also at the Hochschule für Angewandte Wissenschaften in Hamburg. His work has been awarded the Europäischer Architekturfotografie-Preis, the Lead Award and the Lotto Brandenburg Art Prize, among others.

There was much, much more to discover at this festival. If you could not make it to Groningen, we highly recommend the catalog as an insightful reference to contemporary image-making around this compelling theme. 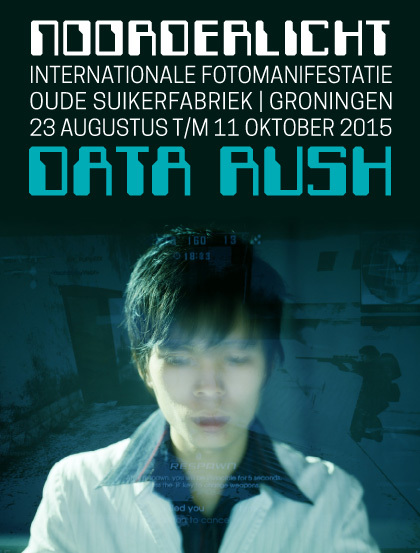