Circus: A Traveling Life
In Sally Mann&#8217;s words, &#8220;Quintana takes off where my heroes Bruce Davidson, Diane Arbus and Mary Ellen Mark left off—she clearly enjoys the same level of trust and intimacy as they did. Beautiful pictures.&#8221;

"Norma takes off where my heroes Bruce Davidson, Diane Arbus and Mary Ellen Mark left off—she clearly enjoys the same level of trust and intimacy as they did. Beautiful pictures."

For a decade, photographer Norma I. Quintana followed a traveling one-ring circus as it journeyed across America, photographing its acrobats, aerialists and artists. Not satisfied to snap images from the stands, Quintana photographed her subjects in motion, perfecting their craft as well as capturing the everyday lives of these performers when they were out of the limelight.

Quintana's project joins a universal and long-standing tradition of circus photography, alongside the work of Diane Arbus, Jill Freedman and Edward Weston. Like these old masters, Quintana created her rich, black and white portraits using an analog camera (in this case, a medium-format Hasselblad). When asked about the challenges of capturing artists in motion without the safety net of a digital camera, Quintana said, "I learned to trust my own vision and imagination in the face of unforeseen events. I tried to capture these values through my lens, just as I was captured by the circus."

Besides her intuitive sense of performance, Circus also displays a marked sense of intimacy. Quintana achieved this by slowly introducing herself into the community of performance families.

As author Mona Simpson writes in her introduction to the book, "The trust between photographer and subject that developed over time is evident. Quintana took her time learning the lineage of these circus families. She presents them not as freaks or compulsives, but as workers in a private, insular, now almost-extinct world." 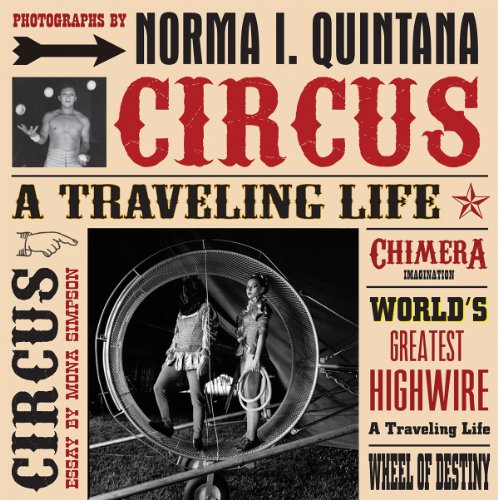 
Editor's Note: The book will be launched at the RayKo Gallery in San Francisco on Thursday, October 30, 2014. This event will be followed by a month-long exhibit of the series at the gallery. Another book signing will take place at the International Center for Photography in New York City on December 5, 2014.