Book review
Farmed
Masterfully shot and printed landscape photographs pose important questions about our relationship to the earth and silently ask of us—”what’s next?”

Farmed
Masterfully shot and printed landscape photographs pose important questions about our relationship to the earth and silently ask of us—”what’s next?”

The roots of photographer Paul Hart’s new book Farmed are firmly entrenched in rich, fertile soil. Intellectually, the first lines we read are part of a quote from Henry David Thoreau’s Walden—a seminal text which, for 150+ years, has grounded the still-unfinished process of drawing us back into a more conscious relationship with our environment. The first photograph we see is not by Hart but Dorothea Lange, the great chronicler of 1930s Depression-Era land mismanagement that aggravated the migrations surrounding the Dust Bowl. These important words and images put us in the frame of mind to consider humanity’s relation to the land in contemporary times.

As Steven Brown so ably puts it in the introduction, “Hart’s photographs raise important questions about possession, ownership, mobility, stewardship, history, memory, perspective—the list goes on. But none of these would matter much if the photographs were not, in their attention to the poetry of the place, earnest and moving.”

Indeed, it almost goes without saying that Hart’s work displays admirable darkroom craftsmanship—but what makes this book stand out from other such analogue landscape series is how these pictures do not insist on remaining stuck in the past. Of course, any thoughtful gaze at deteriorating rural buildings and emptied agricultural tracts runs the risk of feeling nostalgic, romantic or even elegiac. But Hart manages to balance his lovingly attentive regard for the past with an ambiguous eye towards the present and future that confront us, if we care to look.

The most obvious example of this tension greets us in the middle of the book. We open to two facing photographs—Fontaine Le Dun I and II—which reveal a pair of wind turbines, whirring amidst great and overwhelming stillness. A ruinous encroachment of man on the environment, or new potentialities for the seemingly fallow land?

Just like that, a book of black-and-white photographs shifts from sentimental to prescient. The carefully composed farmhouses, solitary trees on the horizon, criss-crossing telephone lines and bounded canals are not simply one man’s reflections on the changing local landscape—instead, they are an important meditation on all of humanity’s relationship to the environment. After all, little is left on this earth that is untouched by our influence. Even where we choose to “preserve” nature, it is within tighter and tighter bounds (think of the highways, power lines and furrows that cover the surface of our planet—“wilderness” barely hanging on in the in-between spaces). We can either mourn an idealized past or confront the realities of our surroundings and decide which is the best way forward.

In this respect, the book’s final three images are memorable. Two of them, side-by-side, reveal perfectly parallel power lines vanishing into the misty horizons of the distance. Where will our control over the land lead? Impossible to say, but Hart’s magnificent images help us look and trace the question as far as our vision can carry. On the last page, a tiny stream draws us toward the center of the frame before petering out of sight. Above, a neutral, uncaring sky. What comes next is really up to us. 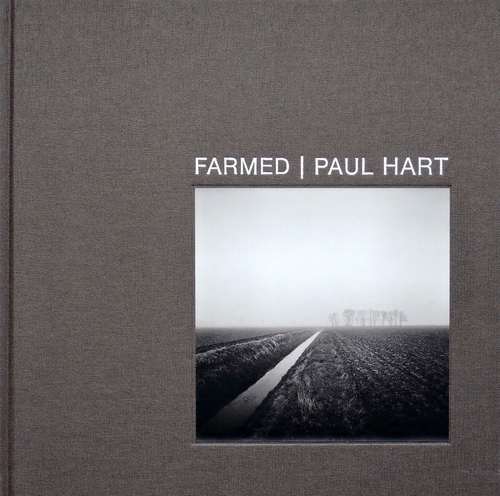