Feature
Land Ends: The Four Extremes of Europe
Drawn together from the four farthest points of Europe, these beautiful landscapes and portraits meditate on the meaning of borders and limits, on what the world looks like where the land ends…
Photographs by Pavlos Fysakis
View Images

Land Ends: The Four Extremes of Europe
Drawn together from the four farthest points of Europe, these beautiful landscapes and portraits meditate on the meaning of borders and limits, on what the world looks like where the land ends&#8230;

Standing on the western tip of Portugal (and the westernmost point of Europe), you could stare ceaselessly into the expanse of ocean in front of you, with nothing to stop your gaze except the faraway notion of a distant American continent. Perhaps in that moment you would feel a twinge of isolation, of melancholy. In the words of a local, you would be feeling a moment of deep sodade. The word, untranslatable into other languages, means something like, “the feeling of loneliness that is born as you look out on the endless ocean, hoping that someone will visit you.”

From a global perspective, borders today can feel largely meaningless. Cheap flights criss-cross the earth. An infinite array of maps, guidance devices and translators can be jammed into devices that rest comfortably in our pockets. The concept of globalization has become, literally, hand-held.

Yet this omniscience and endless permeability is false. Any travel done in the gritty, granular way—by car, by small airplane, on foot—dispels these notions of ceaseless sameness quite quickly. From Google maps, two rural villages look like identical clumps of human habitation. On the ground? A world of difference.

But what do the borders mean? The question is especially pertinent in Europe, where the borders somehow manage to feel, simultaneously, porous and poorly defined and increasingly politicized. Parts of Spain reach into Africa (but are surrounded by many meter-high fences). Russia has been in and out of the continent for centuries. The Mediterranean welcomes as much as it divides. What happens when the land ends?

Following in the footsteps of many curious travelers before him, Greek photographer Pavlos Fysakis decided to see for himself. His journeys took him to the most extreme points of Europe: from Gavdos, Greece (South), to Finmark, Finland (North), Sintra, Portugal (West) and finally to the Urals of Russia in the East.

While Fysakis doesn’t bring back any solid answers, his curiosity is certainly rewarded. For example, in Gavdos, Fysakis photographs a group of retired Russian nuclear physicists living and laboring on land given to them by a local Greek Orthodox priest. One of their neighbors, Boris, is a retired psychologist who has made his home underground. He now paints religious icons. Conversely, in the Urals, Pavlos managed to find Greek expatriates to guide him through Russia. In the north, the largely barren landscape has been marked (or flattened) by the Nazi German retreat, dating from the previous century. And on the Portuguese coast, we feel the spirits of Europe’s great explorers, the ones who spread their continent’s”civilizing” touch to the four corners of the earth. Thus, Fysakis’ photos underscore how the ghosts of the past mix with the mixed-up populations of the present—Europe’s borders are as rich and jumbled as ever.

The hardy, brave traveler Fysakis shows us evidence of the continent’s bound-up, mixed-up histories. Do these extremes belong together? Do they still need dividing? There are no simple answers but at least some beautiful photos with which to ponder the questions.

Indeed, this whole book is a beauty, filled with rich landscapes and fascinating portraits. It will delight the first-time reader with its eccentricities and extremities but also reward repeated visits with its broad-reaching, contemplative moments. Highly recommended. 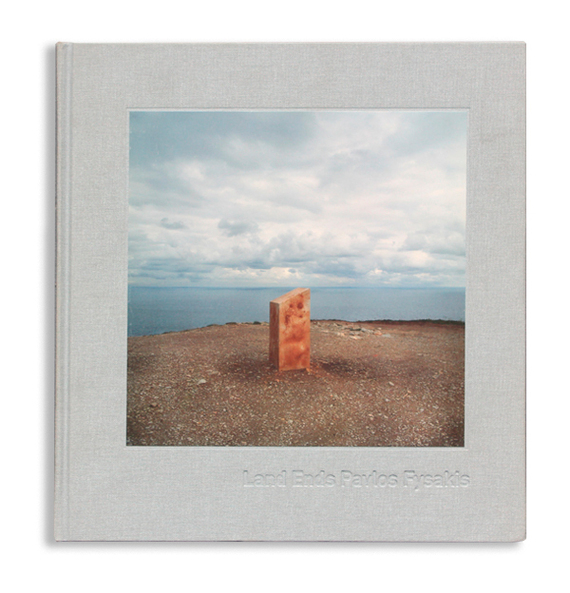