Feature
The Importance of Being More Than a Fashion Photographer
Legendary photographer Peter Lindbergh—credited with revamping the standards of fashion photography in the 1990s—offers his seasoned point of view in this exclusive conversation covering his early years, authenticity as an artist, and more.

The Importance of Being More Than a Fashion Photographer
Legendary photographer Peter Lindbergh—credited with revamping the standards of fashion photography in the 1990s—offers his seasoned point of view in this exclusive conversation covering his early years, authenticity as an artist, and more.

Peter Lindbergh is famous around the world for advancing the genre of fashion photography. For example, he is one of the photographers credited with launching the era of the “top model,” as he shot the first covers of American Vogue edited by the renowned Anna Wintour.

Created by the Kunsthal Museum in Rotterdam, the exhibition “A Different Vision on Fashion Photography” was later shown at Reggia di Venaria in Italy after traveling to Munich. Curated by Thierry-Maxime Loriot, the exhibition presents exclusive material from Lindbergh’s career as a photographer: 220 iconic photos, personal notes, storyboards, elements of scenography set-ups, polaroid prints and short films.

Curator and writer Maria Vittoria Baravelli met with Lindbergh in Italy for a conversation about his early years as a photographer, the changing landscape of fashion photography, and why he doesn’t miss the darkroom—

Maria Vittoria Baravelli: How did you get into the world of fashion?

Peter Lindbergh: American Vogue kept calling and asking me to work with them, but I always refused. In retrospect, saying, “No” to Alexander Liberman was a somewhat daring choice, but I didn’t care because the stereotype of women that fashion perpetuated was not interesting to me.

MVB: What did that stereotype look like, and what changed?

PL: It was an Olympus scattered with limousines and perfect, beautiful women walking down 5th Avenue with their dogs. That was it. Then, when Anna Wintour became the new editor-in-chief of Vogue and asked me to create the first covers, I spied an opening. I felt that it was important for fashion photography to change its style. It was time to question that stereotype and move towards a kind of beauty more linked to the personality of the woman rather than the status symbol.

So, I created the memorable style of cover that has been adopted as one of the iconic images of the 1990s: young models without makeup, wearing simple clothing—white shirts. The models I photographed—Naomi, Linda, Cindy, Christy, and Tatjana—ushered in a new era. They are extremely intelligent women with strong personalities who knew exactly what they wanted. They were also free of social conventions—this aspect is key to understanding what changed.

MVB: How did you become a photographer?

PL: I come from Duisberg, a small industrial town in Germany that really had nothing to offer in terms of a future for me. I grew up there with my father and brother because my mother died when I was young. We lived in a small house with low ceilings and few expectations.

My father was a very good man, but he had no interest in art. In fact, in our living room we had one shelf with only five books on it—they were all volumes containing general information which arrived by post once a year. He used to tell us to read them, because in those volumes we would find all that we needed to know.

Eventually I went to Switzerland and started to work as a window dresser. But that didn’t last long. I moved to Berlin, without knowing what living in that city would really mean. To support myself, I started working in a factory at night, and during the day I tried to understand what I wanted to do with my life. I enrolled in courses because I’d realized that I wanted to be an artist, and the thing that struck me most was how antiquated the school syllabuses all were. All the pictorial and photographic techniques were taught in a standard, old way.

But ultimately, I wanted to be free to do what I most wanted. In my mind, you are a great pianist whether you are Rachmaninoff or John Cage.

MVB: Your retrospective is titled, “A Different Vision On Fashion Photography.” Looking back on your career so far, do you have a nostalgic vision of the past?

PL: Absolutely not. On the contrary, I always love promoting completely different projects. This exhibition has simply allowed me to gather together a corpus of works revolving around one theme: fashion. The show includes photos as well as other materials. It has helped me to organize and study “a posteriori” the evolution of my artistic production and existence. Amongst other things, I have always considered fashion “a slice” of my production, and when they showed me the catalogue, published by Taschen, I thought, “Oh my God, I did all that!”

MVB: This exhibition shows a broad range of fashion photography, but, if you will allow me—who is Peter Lindbergh?

PL: I can be many different people, but don’t label me a fashion photographer! Fashion is a small part of the immense universe that ranges across the medium of photography in its entirety.

About me: people don’t need to know anything about me. They should just look at my photos rather than referring to my private life. To that end, I never publish anything personal on my social media accounts.

MVB: Is this attitude due to a shyness on your part?

PL: I’m not shy at all. I am old enough to have been able to live and see many different things. This means I am not naïve—I simply notice that everybody does everything they possibly can to hype and blow up their personality. And if there is one thing that I understand at 73, it’s that the best attitude for a human being to have is not to be impressed by circumstances and not to try to impress others.

Everybody must do what they want how they want to do it, each with their own “elegance.”

MVB: Is it possible to translate this stance in a world where the client always has their own opinion about how your work should look?

PL: Well, to tell you the truth, it’s very difficult. As the history of art shows, artists never have been totally free because they are always constrained by the money involved in their work. Even if you are a very famous photographer, someone (the director, the editor) will come along and tell you to do what he or she wants. Once upon a time, the photographer had to have an idea, not just click the shutter.

Nowadays, the strength of a photographer is in resisting. Photographers have to satisfy the client, but at the same time, they need to transmit the message that they are a professional. That means the director or editor should trust in the photographer’s expertise.

In the past, maybe nobody had any ideas, so they went to Helmut Newton to solve their problems. Today the problem is the opposite: everybody has ideas. The result is that the most extraordinary thing a photographer/artist can do today is to continue working without losing his or her own personal style. In the end, it is essential to remain photographers, not employees.

MVB: In the late ’90s, there was a great shift from analog to digital. What is your relationship with these two formats?

PL: Let’s say that after the loss of style, digital photography has further compromised the concept of photography. We look mad: sitting in front of screens, frantically chasing perfect moments; we click without reservation. We click randomly, without properly knowing what we are doing. It is no longer the photo that comes to us, intimately conceived.

On the other hand, the implementation of digital has helped immensely with workflow organization and in the practicality of certain operations. If I do a shoot one day and need the image by the following morning, a digital file sent via the internet is undoubtedly simpler than a photograph developed in the darkroom and rushed to the appropriate editorial office. I also don’t believe that digital photographs are cold and that they highlight all the subject’s faults. They can actually be very beautiful, as long as there is excellent technical mastery behind them.

MVB: So, you don’t miss the darkroom?

PL: Absolutely not. Apart from anything else [laughter], I’ve always had big problems with darkrooms. My printer smoked 60 cigarettes a day; it was utter hell in there!

MVB: Your photographs tell real stories. They are literature in images. Who inspired you? Are there any artists, poets or films in which you recognize yourself and your work?

PL: There are certainly lots of things that inspire me. As a boy, when I discovered Van Gogh, I was stunned. I love dance, I love art. But I am often inspired by what I don’t like in addition to what I love. To tell the truth, I really don’t know why I do most of the things I do. I feel the need to create these images, but there isn’t a real reason why. I am certainly not inspired by fashion photographs, but by all the rest.

In fact, as I received little culture as a boy, when my children were born I promised myself that I would take them all over the world, to museums and shows, so they would be inspired. But do you know what the result was? It was no use at all, because it is extremely difficult to force recognition of our interests. In the end, we absorb on our own what makes us feel good and what completes us.

If you liked this interview, you may also enjoy this previous article about Lindbergh’s work from the 1980s to the present.

Based in Milan, Maria Vittoria Baravelli is curator of art and photography. She has written essays for exhibition catalogues and contributed to publications like Il Corriere della Sera, Artribune and Il Fotografo. 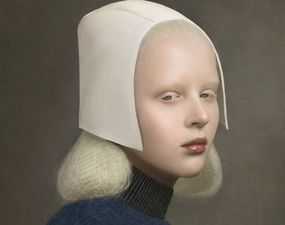 Jeweled
Justine Tjallinks
A Dutch photographer celebrates the rare beauty of Albinos in this series of stunning portraits. 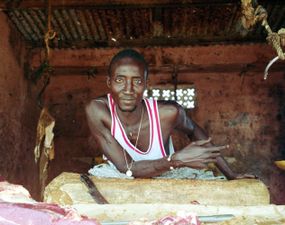 Report from Dakar
Sharon Schoen
Sharon Schoen presents a lighter side of Africa, with global fashions and hip-hop culture. 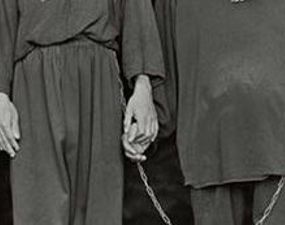 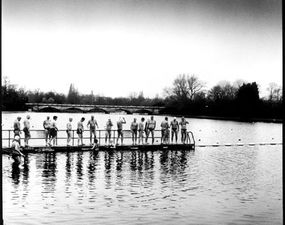 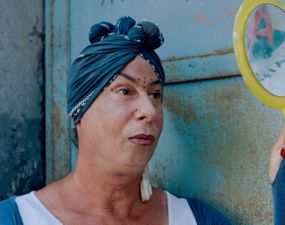 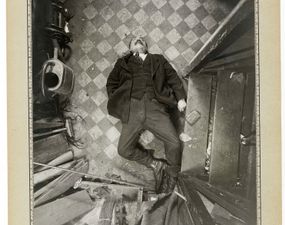 Burden of Proof: The Construction of Visual Evidence
The Photographers Gallery
In some circles, photography has long passed on from debates about Truth—but in most realms, we still depend on visual evidence to tell us what “really” happened. This highly regarded exhibition investigates this question from the 19th...