International Photoreporter Festival 2014
A photojournalism-centric festival in France that exhibits great work from around the world while continuing to explore new business models for a struggling field.

Over the past decade, it has been common to say that photojournalism is in crisis. All over the world, it is more and more difficult for professional photographers to get the funding or support needed to practice their jobs.

Even if the economic crisis is slowly passing, the onward march of digital publishing has deeply undermined the traditional economic models of the press. For example, in France, once a bastion of photojournalism, the vanishing of photo agencies gives credence to this observation.

The subject always raises a lot of questions, but few solutions. The International Photoreporter Festival aims to bring some answers to the problem. A community of large and small private businesses all contributed to the cause, with the idea of creating a photojournalism festival that would attract attention to their region, and their businesses, and also give them all an opportunity to work together in collaboration. Given that this is the third year for this model, it seems to be a success.

The call for submissions was not guided by any specific theme. This was intentional, in order to give the photographers a high level of freedom and flexibility for their proposals. Among hundreds of applicants from dozens of countries all over the world, 10 exceptional projects were selected. Here is a list of the photographers and their projects.

French-Algerian, Budjelal uses photography in order to question his identity and to make us question ours too.In this project he chooses to photograph the suburbs that are always pre-judged with "sadness, violence, poverty, depression, cold..." He wants to go where nobody else goes, he wants to see what nobody else does, in a place that everyone is familiar with but no one ever takes the time to actually look at.

Philippe Chancel, France. "The Evil of Eden: Israel and the Cisjordanie Jordan Valley"

Chancel is a documentary photographer. In this project he documents the Jordan river, a marker of some very critical geopolitical borders and sensitive spot to Arabs, Israelis and Christians alike. Israel has recently shown their interest in expanding their settlements on the river, which will certainly push tensions even higher.

Millions of people live in poverty so that rich consumers get to enjoy lives abundant with cheap products and low cost energy. The Amazonian forests in Ecuador, a real Eden, are being exploited by oil companies who are searching for ever-dwindling supplies. This series documents mountains and indigenous people who are being swallowed up in the endless cycle of consumption.

DiCampo is a reporter who aims to document (and expose) the mysterious workings of international development. In his project, he tries to follow the hundreds of billions of dollars of aid which have flowed into Africa over the past decades. What he discovered, in short, is how very little of the money had a positive impact on its destinations. DiCampo's photographs focus on Ghana, where DiCampo once volunteered. In the series, he shows fields of abandoned equipments and other evidence of waste and misuse.

Nicole Segers, Holland. "7 Borders: The Heart of Europe, The History of the Balkans"

Segers likes to focus on long-term projects. In this one, she explores how the Balkan conflicts of the 1990s affect the region's modern-day way of life and landscape. In particular, she focuses on how the redrawn borders tore apart nations which at the same time cherish a united future in the EU.

Naudy is originally an anthropologist passionate about images. Her latest project focuses on women in prison in Afghanistan. Over the course of many weeks, she held an atelier where 8 prisoners learned the basics of photography. While the prisoners documented their own lives, Naudy took in the rhythms of the prison as a whole.

Brittany is the only place in Europe where one can find seaweed. Although a humble sea-plant, seaweed is in fact a very important product that can be found in products ranging from food to cosmetics and textiles.

Yongming Guo, China. "Marriage in the North of China"

The Photoreporter Festival has invited Guo, a Chinese photographer, to represent his vision of China. The exhibition of his project coincides with the 50th anniversary of France's recognition of China.

Robert's interest has long been dictated by international news: he has covered many wars in Africa, Asia and the Middle East. In this project, he follows the path of Chad's army as it marches through Mali to fight against jihadists. The photographs track the efficacy of two African countries' attempts at partnership, a testament to the growing pains of these states' attempts to become fully functional and independent polities.

Franck Vogel, France. "The Brahmapoutre: The War of Dams"

The Brahmapoutre is a trans-border river running between India, Bangladesh and China. For decades, China promised it would not build a dam on the river. In 2010, China announced it would build a dam on the river. Vogel's photographs portray the relationship between man and nature in order to show that it is possible to live together in harmony. While so many reportage communicate bad things in the world, Vogel's aim is to show hope.

Editor's note: The International Photoreport Festival will have its opening from October 11 to 17, 2014. The exhibitions will run through November 2, 2014. 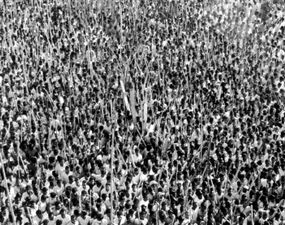 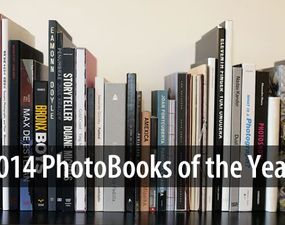 2014 Photobooks of the Year
LensCulture Editors
36 highly subjective picks by our editors, including monographs, handmade artists’ books, retrospective and exhibition catalogues, and books of essays about photography. Enjoy! 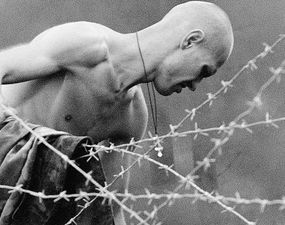 Soldiers on Duty, The Duty of Photographers
Vladimir Vyatkin
A wide-ranging interview with one of Russia’s all-time great photojournalists—touching upon the music of war, his many influences and his vision for the future of the medium. 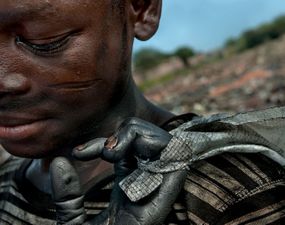 A Pulitzer-Prize Winner Speaks on the Art of Photojournalism
Renée C Byer
Award-winning photojournalist Renée C. Byer talks to LensCulture about making an authentic connection with the people she documents and the life-changing relationships formed along the way. 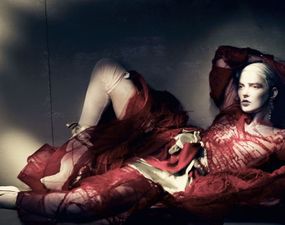 Spontaneity and Obsession: The Motors of Creativity
Paolo Roversi
One of Paris’ great fashion photographers offers his words of wisdom while helping to anoint the next generation of creative image-makers. 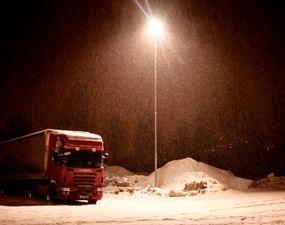 Time to Rest
Line Ørnes Søndergaard
Winding their way through the Norwegian landscape, truck drivers share the road with other travelers. And yet when they stop to rest, late at night, their deep isolation is revealed.