Qiana Mestrich is a photography-focused, interdisciplinary artist based in New York. She is the founder of Dodge & Burn: Decolonizing Photography History, an arts initiative that aims to diversify the medium’s history by advocating for photographers of color.

Her forthcoming book, based on the Dodge & Burn blog’s past interviews, is soon to be published by Routledge/Taylor & Francis. Mestrich has written essays on photography for exhibition catalogs, published critical writing in art journals, and is co-editor of the book How We Do Both: Art and Motherhood. Born to parents from Panama and Croatia, Mestrich’s visual artwork often references Black, mixed-race experiences from her perspective as a first-generation American.

In this interview for LensCulture, she speaks to Liz Sales about her ongoing The Black Doll series, her new limited-edition ‘flip-book’ zine TOPSY TURVY and her place in Picturing Black Girlhood: Moments of Possibility; a group exhibition on view now until August 15 at Rutgers University.

Liz Sales: Could you tell us about your new limited-edition ‘flip-book’ zine, TOPSY TURVY?

Qiana Mestrich: The TOPSY TURVY zine is a subset of a larger series called The Black Doll; geometric abstractions of pictures of black vintage dolls. I’m curious as to what happens when these doll images are broken down into basic, formal elements of shape and color and if abstraction can be used to deconstruct racial and gender stereotypes.

LS: Where does the title “TOPSY TURVY” come from?

QM: “Topsy turvy” is the name for the design of this particular cloth doll invented and handmade by enslaved African-American women for their children and their white charges. The doll is double-ended, featuring a white girl doll and a Black girl doll joined at the hip. It’s designed so that the lining of one’s dress is the outside of the other’s, so that the skirt flips over to conceal one body when the other is upright.

There’s some speculation that these dolls were used as training material for young Black girls, who would have been assigned to care for a white child. There is also speculation that these dolls were a way for Black girls to covertly play with dolls made in their own image. For me, topsy turvy dolls are a physical representation of how a racial binary was created in this country and enforced all the way down to the smallest of human beings.

LS: Do you have a personal relationship to dolls?

QM: As a mother, I see the role dolls play in establishing social conventions. Within historical, vernacular images, you rarely see a white child with a black doll, however it’s very common to see a Black child with a white doll. This is important because the dolls chosen for us are often our first introduction to the divisive concept of ‘race,’ specifically if the doll’s skin tone or features do not match our own. I was never gifted any black dolls. As a child, the darkest doll I had was a Hawaiian Barbie. I grew up with my cousin’s black dolls and I was fascinated by their hair and skin tones. So, I am interested in what kind of dolls we choose for our children.

LS: What drew you to images of historic dolls in particular?

QM: During my research, I found these historic black dolls for sale on specific sites like Etsy and Ebay. Originally, black dolls were crafted as beautiful objects, but then in the late 19th century, they were mass-produced as racist caricatures. I am interested in how the mass production of these dolls has upheld racial and gender binaries.

LS: What is your art-making process for this series like?

I break the image down to pixelated blocks of color to represent its range of tonality. I am curious to see if breaking down the binary of these dolls into a continuum of formal elements of shape and color can cleanse our visual palette.

LS: Are there works across the history of art that you feel do this successfully?

QM: One particular painting by Frank Stella may have been in the back of my mind the whole time or may have subconsciously inspired this series. It’s called Empress of India (1965). It’s part of his Notched-V series. He did a series of paintings in irregular, chevron-shaped formations, instead of the typical rectangle. At first, I thought it was a painting of an Indian woman, with all of the browns, clay reds and dark yellow ochre colors that in my mind referenced skin tone. The painting shares the title taken by Queen Victoria, during the time England colonized India.

LS: How do you think abstraction deconstructs gender stereotypes in this series?

QM: This project turns these racialized black dolls into simple blocks of color. Any kid will play with blocks, no matter what gender we’ve assigned to them. With this in mind, I also have fantasies about making these images into physical objects.

LS: The zine itself is a physical object, and one that engages with the design of the ‘topsy turvy’ doll itself. Could you speak a bit about the book design?

LS: Images from this series are included in the group exhibition Picturing Black Girlhood: Moments of Possibility currently on view at Express Newark in New Jersey. How do you feel this work will function within that context?

QM: I’ve seen this amazing group show and I love that out of over 80 artists’ works, my pieces are one of the very few abstracted representations of Black girlhood. My images are situated across from an image of an affluent Black girl playing with a doll house by Fabiola Jean Louis titled Follow the Drinking Gourd, 2019, so that association with childhood play is perfect!

QM: People often ask me if I consider these images photographs. To me, it’s a no brainer. After all, I’m working from photographs. So what else would they be? I think people who ask this question are working from a very fixed idea of a photograph.

If I’m representing an object, they feel the photograph must primarily represent that object. Being ‘mixed race’ myself, identity for me is very fluid, so hard lines around photography as a medium don’t work for me either. These rules are designed to keep people out of the art world, especially those who aren’t of means—and they limit the creative process. 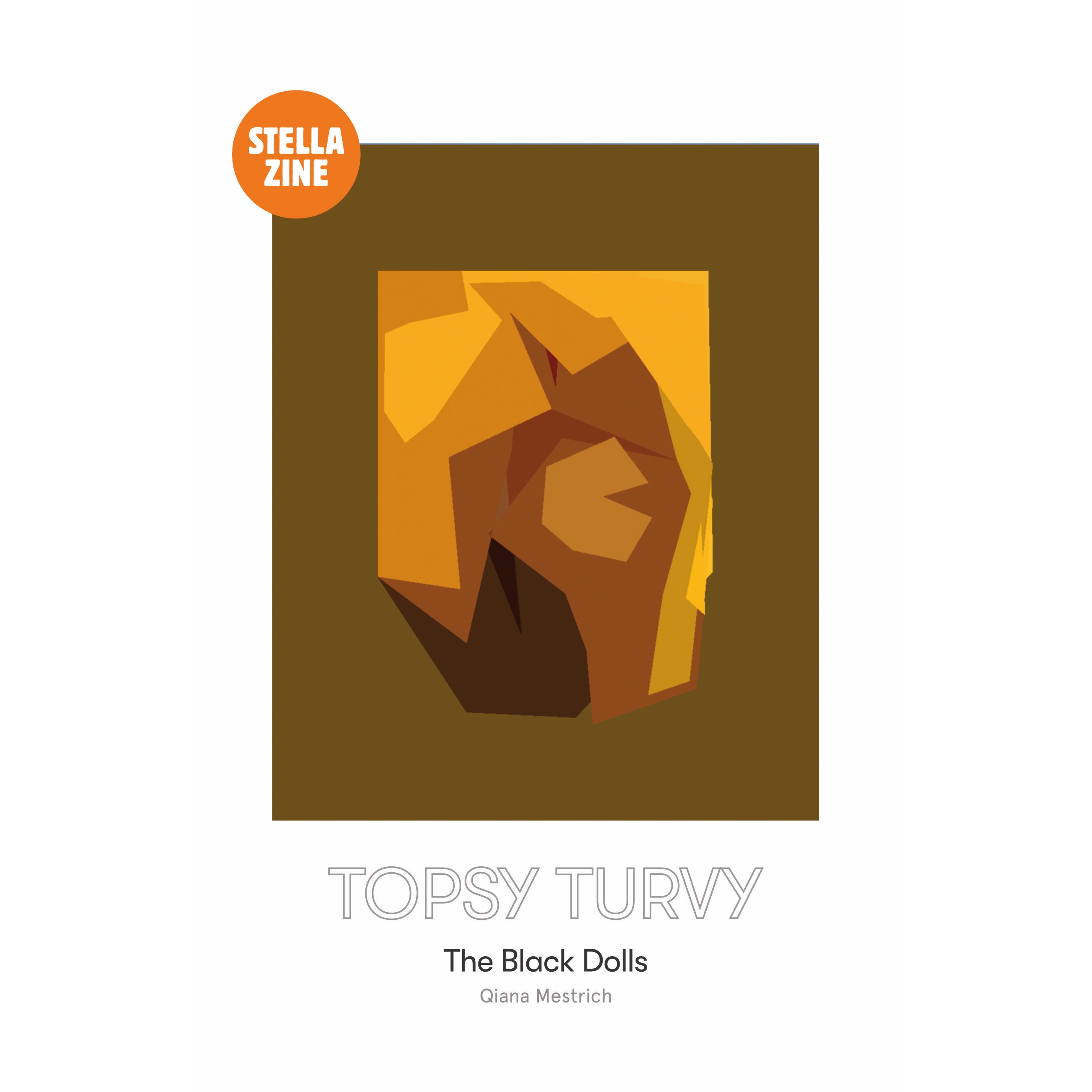