Interview
Familiars: Photography as Memory
“I believe that photography is not about creation—it’s a process to evoke memory; to refresh something that already exists in our minds; something that is growing weak and abstract and needs to find expression…”

Familiars: Photography as Memory
“I believe that photography is not about creation—it’s a process to evoke memory; to refresh something that already exists in our minds; something that is growing weak and abstract and needs to find expression…” 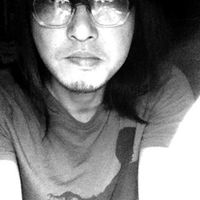 Quentin Shih is a photographer and filmmaker born and raised in Tianjin, China. Shih started his career shooting around his hometown’s underground music and art scenes and then moved to New York, turning increasingly to commercial and fashion work.

His work explores themes related to both the fashion industry and Chinese society and is best known for his 2010 controversial series ”Shanghai Dreamers” (shot for Dior). In the following interview, he talks with us about his haunting project “Familiars” as well as his personal inspirations…

LC: What was the first spark that made you start this personal journey and undertake “Familiars?” Which kind of memories were you looking for? Is the project finished today or are you still working and wandering?

QS: I have been taking pictures for almost 20 years, and I’ve always wondered why I was doing it, what were the reasons behind pressing the shutter. For example when I drive down a road and stop to take a picture of a tree—why? Why this tree and not the other? Or this tree and not the mountain or the river?

Little by little, I found that people take pictures to evoke memory—there must have been a tree in my memory or in my unconscious and that was the reason behind my physiological need for taking a picture of that tree using a composition, a lighting and a color that already existed in my memory.

I believe that photography is not about creation—it’s a process to evoke memory; to refresh something that already exists in our minds; something that is growing weak and abstract and needs to find expression.

As for your question: I think that this is a never-ending project. It’s my physiological need to keep looking at the world and taking pictures.

I believe that photography is not about creation—it’s a process to evoke memory; to refresh something that already exists in our minds; something that is growing weak and abstract and needs to find expression.

LC: Many of the images in the series have a strong red tone—can you say more about this choice?

QS: I love strong colors and red is the most important color in China. It’s the color of the national flag; the color of revolution and blood; even the color of the scarf I wore for many years when I was a kid, as a young pioneer. Red is everywhere in my daily life and also in my memory—thus it appears often in my photographs.

LC: Each of your images, beside being masterfully lit and composed, evokes a feeling of interruption—as if we’ve stumbled upon a surprising scene. Can you say more about creating this effect and aesthetic?

QS: Yes, the photos look dreamy and beautiful but also desolate and cruel. I like to think of feeling that you are entering a scene mixing reality with fiction. I try to use only the simplest elements while utilizing some basic props and color lighting to create drama.

Overall, I’m interested in seeing the final effect that I can create by mixing up familiar elements. I want commonplace objects to create something I don’t recognize—thus, I never over-control my images but rather carry on through experimentation.

LC: I’m particularly drawn by the red-dressed woman portrayed from behind (titled “Beach Jimu”). Who is she and how is she linked to your memories?

QS: She is a friend of mine. I thought she could be a perfect model/actress for my project, so, in early May, we travelled together to a beach close to Beijing. It was still very cold and nobody else appeared that day.

On the shoot, I asked her to wear a red dress that she found in the closet. The red dress was the typical school-dress from when I was in high school, almost 25 years ago. In the final shot, I didn’t want to show who she was and what she looked like—I only wanted to picture a young lady in red facing the endless dark blue sea. She was lit using only my car’s headlights.

I personally love that image because it recalls a very specific experience in my life. In the late 1980s, I went to a summer camp. It was my first time nearby the beach. Being pre-adolescents, we went down to the water one night. I can still remember that we talked a lot about one of our counselors, who was young and pretty. I can’t remember if she dressed in red but I do remember that on that night, she cried alone. Years later, she committed suicide…

Thanks to your question, and to my photograph, I have been able to recall the motivations behind that picture. It’s brought me back so fully to that beautiful, cruel long-ago night on the beach…When people get old, they need to take medication to stay healthy and keep their minds sharp. For me, I think that photography will always be the perfect medicine for my memory.