Book review
Portraits of Power
Richard Avedon had access to practically everyone who held some kind of power from the 1950s through the beginning of the 21st century in America. This book brings these portraits of power together for the first time.

Portraits of Power
Richard Avedon had access to practically everyone who held some kind of power from the 1950s through the beginning of the 21st century in America. This book brings these portraits of power together for the first time.

Richard Avedon was amazingly prolific during his 50-plus years as a photographer, jumping from high-fashion shoots to his own brand of civil rights photojournalism and support for yippies and members of the counterculture. He photographed the faces of politics throughout his career, and this book brings together his political portraits for the first time. Juxtaposing images of elite government, media, and labor officials with photographs of counterculture activists, writers and artists, and ordinary citizens caught up in national debates, it explores five-decades of politics and power by one of America’s best-known portrait photographers.

The book features Avedon’s extended projects on the civil rights debate in the early 1960s; the American anti-war movement and the war in Vietnam from 1969-1971; a retrospective homage to the Kennedy family, published in The New Yorker in 1993; and his final photo-essay, “Democracy,” surveying the American state of mind during the politically-fractious time prior to the country’s 2004 presidential election (published posthumously in The New Yorker in 2004).

One generous section reproduces the entire layout and sequencing of “The Family”, a special series of 69 portraits Avedon made of America’s “power elite” for a 1976 (America’s bicentennial) issue of Rolling Stone. Each powerful person was photographed in similar fashion, straight-up and unsmiling, almost like police mug shots. The effect is an objective, chilling view of the people who were running the country. Even more chilling: some still are, 30 years later.

Except for a handful of color shots (a portrait of Barack Obama from 2004), and a few that provide a bit of environmental context to the portraits, most of these 180 photos employ Avedon’s signature plain white backdrop and frontal, direct gaze with even lighting.

There are three long, insightful essays included in the book. They are great to read, and they help to weave a narrative through and around Avedon’s photographic career. Avedon is quoted talking about long periods of self-doubt and bursts of confidence. We come to understand how demanding Avedon was on himself, and what a perfectionist he was. For example, from a non-stop two week photo shoot of soldiers and victims in Vietnam in the 1970s, he allowed only one photograph to be exhibited. The essays also include recollections of Avedon by some of the powerful people he had photographed.

Portraits of Power is an excellent companion volume to any of the earlier books focusing on Avedon’s fashion photographs and commercial work. 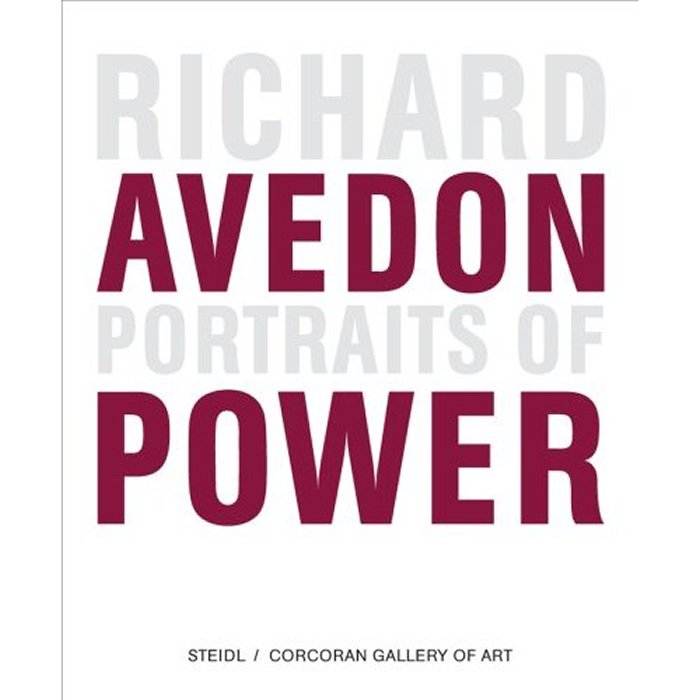 Co-published with The Corcoran Gallery of Art, Washington,