Interview
The Story of a Single Shot: On The Street
A timely photograph addressing issues of police brutality—but made nearly 40 years ago. Hear the full story behind this prize-winning single image.
Behind the lens with Robert Burroughs
View Images

The Story of a Single Shot: On The Street
A timely photograph addressing issues of police brutality—but made nearly 40 years ago. Hear the full story behind this prize-winning single image. 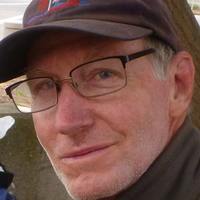 This photograph by Robert Burroughs’ was given 1st place in the single image category of the 2016 LensCulture Street Photography Awards. Intrigued, we were curious to learn the backstory behind this ambiguous image. Contributing writer Francesca Cronan reached out to Burroughs to get the whole picture…

I’m a street shooter. I can’t help shooting pictures; I do it all the time. With all the camera phones that are around, everyone’s a street photographer nowadays. The difference is understanding what’s involved in a good photograph. It requires visual literacy.

This picture was taken in 1979. I was on assignment for a weekly newspaper, doing a piece about residential burglaries. This shot had nothing to do with the story—the situation just grabbed me. I was driving around one evening with the police, and they received a call saying the man in this photo had hit another car whilst drunk driving. He’d supposedly dented the car of another driver who didn’t want to press charges and drove off. The police hadn’t seen him driving the car, so they couldn’t arrest him for drunk driving. However, there’s a bizarre little law here in San Diego where you can arrest someone just for being drunk in public, and that’s what they did.

I don’t use flash on the street, so I wanted the flash from the policeman’s camera to light the scene. It was an incredibly long exposure. I set my camera to bulb mode and sat still, my hand holding the camera, keeping the shutter open, waiting for him to take the picture. I didn’t know at the time that the policeman’s flash was going to overexpose the picture quite like that. It was fascinating when I saw the negative—it really struck me. I thought, “now that is an interesting picture.” Because this photo had nothing to do with the assignment, it went in the files and I didn’t make a print until 3 years later.

It reminds me of a term that first appeared in a Joseph Wambaugh novel in the 70’s: “No Humans Involved” (NHI). Cops used to write “NHI” in reports for cases that dealt with prostitutes and drug addicts; people they regarded as so worthless that they dehumanized them completely. Wambaugh was a Los Angeles policeman who wrote both fiction and nonfiction. I had to photograph him once for the New York Times and on that occasion, he told me: “Forget nonfiction. Everything I write in fiction is true, I just change the names. You write nonfiction and you get sued!”

This is a timely photograph in our present-day climate. It demonstrates how dismissive the police can be of the people they arrest. My son says this picture is “shooting the shooter,” which I think sums it up well. I often think, “Thank goodness these guys were shooting film and not bullets!”

The ambiguity of street photography helps to define the main point of this shot—that things aren’t always as they seem. You can look at this picture and naturally divide the characters into “good” and “bad,” but in reality the cops blew this “criminal” away. They blew his head off! It still gets me every time I look at it.

Francesca Cronan is a contributing writer for LensCulture as well as Vice UK. More of her work can be found on her website and on Twitter.