Interview
From Concept to Cover
Picture editor at The Sunday Times Magazine, Russ O’Connell, sheds light on his role at the widely-respected publication and what he looks for when commissioning photographers for the all-important cover shoot.

From Concept to Cover
Picture editor at The Sunday Times Magazine, Russ O’Connell, sheds light on his role at the widely-respected publication and what he looks for when commissioning photographers for the all-important cover shoot. 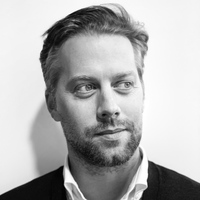 For Russ O’Connell, looking at photographs was always more enjoyable than making them. The realization sparked the beginning of his career as a respected photo editor, working for some of the biggest consumer publications in the UK before taking the reins as picture editor at London’s The Sunday Times Magazine in 2015.

O’Connell has worked with some of the biggest names in photography and commissioned portraits of notable people across art, politics and society throughout his career, for this reason we’re thrilled to have him on our jury for the LensCulture Portrait Awards 2020.

In this interview, he speaks to Alana Holmberg for LensCulture about the process of commissioning a compelling portrait from concept to cover and how to approach an opportunity to present your work to a photo editor for the first time.

Alana Holmberg: Russ, you’ve established a successful career in photography, working for a host of publications and brands, and sitting on the panels for several leading awards and scholarships. Can you tell us a little about your beginnings in photography and what keeps you engaged with it?

Russ O’Connell: I always had an interest in the image. At school, I was more creative than academic. I started at art college in London, finally going on to study photography at university. After finishing my studies I realized that although I had found my passion, I was more interested in looking at other people’s photographs than taking my own, which led me into the world of photo editing as a career.

AH: What are some of the misconceptions that exist about the role of the photo editor within the photography community, or the publications you’ve worked with?

RO: A lot of the misconception is that photo editors are just pulling images from various different photographic sources to accompany articles. Perhaps in respect to picture research for a feature, that is true to a certain degree, but even that task requires an in-depth knowledge of photographers’ work and picture agency archives to know where exactly to obtain the right pictures. But in regards to the commissioning side of the job, photo editing is very hands on.

My role often starts with coming up with a concept for a shoot. A subject can be anyone from a politician, A-List actor, head of state, musician, or a member of the general public, and each time I have to decide the look and feel of what we want to achieve with the subject. From there, my role then extends to producing the shoot, from commissioning the right photographer, stylist, hair and make-up artists, to sourcing the location or studio to work in. I then physically attend the shoot and work alongside the photographer to art direct and make sure that we fulfill the brief I set out. So I’m very much seeing the whole process through from concept to completion.

That said, my role isn’t only commissioning studio portraiture. One minute I can be sending a photojournalist to shoot a piece in a war-zone or a hostile environment, or commissioning a documentary photographer to shoot a long form project in a more domestic situation.

AH: In your various roles as a photo editor, including your current position with The Sunday Times Magazine, what have you observed about the progression of photographic portraiture?

RO: I think in some sense it has progressed, but it has also regressed. There are always going to be instances where new technology comes along that allows a photographer to achieve a very stylized look and feel to their images, be that through new lighting technology, or retouching and grading techniques. But at the same time, there seems to be a very strong trend of new photographers adopting analog film as their main medium. This is funny in a way, as the older generation who grew up and trained solely using analog media have now moved into a digital workflow for their practice. Many who I’ve spoken to would never go back! Yet the younger generation of photographers—those who have most likely been introduced to the practice through the digital medium—have gone the other way. Many see something in film and the analog practice that they prefer to the newer technologies being developed.

AH: Perhaps there is something in the unknown of analog for those in the highly predictable world of digital. Some magic the inability to see the image and the element of surprise when the film comes back. Have you observed any difference in the shoot itself between photographers using analog instead of digital, particularly in portraiture?

RO: It’s definitely a much slower-paced shoot when someone is shooting film, and tends to become a lot more about the relationship between the photographer and the sitter. There is a more of a trust element at play between them both, which in turn can bring out the best in a subject; insecurities tend to vanish as they are not confronted with the image of themselves right away. When you are shooting digital, often the camera is tethered up to a computer or screen so everyone can see the captures as they happen. This is great for me when directing a shoot or shooting into a given template that can be overlaid, but this also has disadvantages as everyone then chips in on what they think. It becomes less about the photographer and the subject and more about everyone’s opinion on what looks good or not. This can lead to confusion and insecurity with the sitter.

RO: I think it’s because we inherently and subconsciously look at faces and eyes constantly, not only to identify people but also to gauge emotion. You can see in peoples’ eyes when they are angry, sad, or elated, so photographic portraiture is an obvious style to accompany, say, an interview in a magazine. It not only shows the person’s face in question, but it may also allow the viewer to see and interpret what that person is thinking of at the time.

AH: Do you think there’s something in the fact that through a photographic portrait, we can examine the face of another, often close up, in a way that we would never be able to do in person? Does portrait photography satisfy an innate curiosity or desire to study other people?

RO: I find the more that you study a portrait of someone, then the more their face changes away from your initial perception of what they look like. We are so used to looking at people for brief periods of time, but we don’t really lock eye contact for more than a few seconds at a time. If you actually look at someone statically for a longer time then they start to look different, and you notice little details that you otherwise wouldn’t pick up on.

AH: The Sunday Times Magazine often runs a portrait of high-profile people on the cover, in recent times Hillary Clinton, Elisabeth Moss, and David Hockney have been featured. What do you look for when commissioning a photographer to make a portrait and, as an editor, how do you work together to achieve a successful outcome?

RO: Firstly he or she needs to be capable, but also I look for photographers who can not only execute a brief, but also bring something extra to the table. I work very closely with the assigned photographer to work out the best way to achieve what we are looking to do, bouncing ideas off each other and nailing down the finest detail to make sure I get what we need.

At the same time, I also like to allow the photographers the freedom to express themselves artistically and shoot how they would like to see the image. It’s about having trust in those that you commission, which is perhaps why I run a fairly tight small pool of photographers on the magazine as I know that they can deliver what I need, even if I’m unable to be there in person on the shoot. It’s the best of both worlds when I get what I want and the photographer is able to achieve what he or she wants to try and get from the shoot.

AH: Given the magazine comes out weekly, what does the cover portrait need to do in terms of reaching your audience and can you name a couple of recent examples that were particularly successful?

RO: Recently we ran a cover of the actor Richard E. Grant to tie in with his forthcoming appearance in the new Star Wars film. We styled him completely—red top and red coat—and shot him on a red background. The choice of red was a very subtle nod to its association with the dark side in the Star Wars films such as the Imperial Guards and red lightsabers. Red is also associated with danger and his character was a baddie in the film, so the color choice covered all bases for us, both as an engaging portrait, but it also had subtle undertones that the viewer could read into.

AH: In preparing to meet or show work with an editor or juror, do you have any advice for photographers who want to put their best foot forward? What are common mistakes people make in preparing to show their work?

RO: Do you research. I can’t stress this enough. Countless times I am presented with work that has no relevance to the title or field that I am working in, so it’s really important to ask yourself is the work right and up to standard. Don’t copy other people’s work and ultimately you have to believe that you can do better or bring something to the table that no other existing photographer does, so that you stand out from the crowd.

AH: As a juror for our Portrait Awards, you’ll be looking through many established and aspiring portrait photographers from all over the world. What do you enjoy about the process of being on a jury like this?

RO: I love looking at photography full stop and I am lucky enough to get paid in a job that allows me to do that for a living. I’m really looking forward to seeing a variety of styles and unexpected surprises.