Interview
Collected Stories from WWII Veterans Around the World
Extraordinary recollections from individuals who lived through one of the 20th century’s defining events: World War II. Particularly relevant today, as we find ourselves “again living in turbulent times, when a spark can become a fire that future generations will have to put out…”

Collected Stories from WWII Veterans Around the World
Extraordinary recollections from individuals who lived through one of the 20th century’s defining events: World War II. Particularly relevant today, as we find ourselves “again living in turbulent times, when a spark can become a fire that future generations will have to put out…” 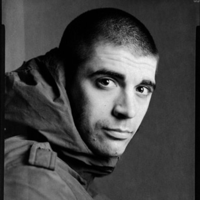 “Veterans” features portraits of people who took part in the Second World War—an incomparable event in human history in regards to the level of destruction and tragedy, as well as its impact on the course of the 20th century. Every single person who participated in the war—whether they were a prisoner, soldier, general, guard, medical worker or engineer—took part in shaping the world as it is seen and perceived today.

This project aims to step behind the emotional curtain of each of the individuals photographed. 70 years after the war ended, I strive to analyze and compare the fates of those who survived and are still living. For this project, I traveled to multiple countries that were affected by the war, interviewing and taking portraits of those who participated in it. In one moment, these people were all engaged in this incredible tragedy; in the next, they were living separate—even normal—lives in the scattered corners of our planet.

LC: Your series “Veterans” documents people on every side of World War II: soldiers, prisoners, guards, engineers, etc. Why did you decide to approach the project this way rather than photographing, say, only soldiers? How did the project evolve?

SM: I included people on different sides of the conflict—people who lived through various experiences with different trades or positions, whether they fulfilled those positions voluntarily or not during the war—to show as many angles to the conflict as possible.

In the early stages of the project, I wanted to include only combat veterans. I quickly realized that this approach would not provide enough material for the project; it wouldn’t allow me to assemble a “mosaic” that showed the vast impact of the tragedy.

Initially I wanted to shoot in the five or six countries that are most commonly associated with World War II. I then came to understand that, depending on the country, there are many points of view about how the war started and ended, who the heroes and the villains were—simply put, there are too many stories to be told. So the project started to grow and expand with each new country I visited.

As I went, every subject I photographed gave me a new perspective, and the desire to explore further grew over time. It was difficult to finish it, but after almost 6 years, I had to draw a line.

LC: Talking to people who experienced World War II must have been an intense experience. Did most of them open up to you right away, or were many of your subjects reticent? If so, how did you encourage them to share their histories and experiences?

SM: Most of them were willing to share their stories. I think that for many of them, especially the ones that are not used to attention, it was their final chance to share with the world what they went through. For some people, the interview served as a confession; one veteran admitted, for the first time, to having killed someone; another shared a story about a failed marriage that was a result of the turmoil following the war. Many people cried. We often had to pause the interviews. It was an emotional journey for me and an incredible honor to be invited briefly but intimately into their lives.

Sometimes, though, I had to be more pushy during the interviews than I would have liked. Some of my subjects thought that their stories didn’t deserve attention, but when I started asking detailed questions, I’d realize that they absolutely mattered. Each person was different, and thus all of the stories are unique. That variation in experience is exactly what the project is trying to show.

LC: Everyone has personal baggage that they bring to an understanding of such a worldwide conflict, and yet “Veterans” tells the stories of people from all over the world with different stories and viewpoints. Do you think that your beliefs or experiences colored your perception of these stories, or were you striving for an unbiased, international view of the war?

SM: It’s a good question. I’m Ukrainian, but I’ve lived in New York for a long time. My worldview is very accepting, and besides that—for obvious ethical reasons—I could not attach any of my personal views to the project. All of the stories are drawn directly from the interviews. The portraits are, of course, my visual depiction of their personalities, and I think I was able to truthfully portray my subjects.

I also believe that my international status—not being attached to one background—opened more doors while working on this project. People were more open and not afraid to speak their mind. Some veterans spoke poorly of Americans or Ukrainians during the interviews, but I was there merely to listen and record why they felt that way. I wanted my viewers to see different perspectives on this cataclysm.

LC: What was your goal for “Veterans?” What do you hope these images accomplish?

SM: My goal was to show the scale and the impact of World War II on us today. I also wanted to show the development of our civilization in the time since World War II. If a tiny portion of the message gets delivered to people who generate hatred and aggression in the world today (if this series at all affects their worldview), my goal is achieved.

We are again living in turbulent times—when a spark can become a fire that future generations will have to put out. Sometimes it seems like we just don’t learn.

We have published only a small fraction of the portraits in this series. If you’d like to see many more—with extended texts—visit Maslov’s dedicated website for the project. You can also pre-order a copy of the book, which will be released in early May 2017.

Now in its 7th year, Circulation(s) is a Paris-based festival that showcases young and emerging photographic talents from across Europe. In the weeks leading up to this year’s edition, opening on January 21, we will be sharing some of our favorite photographers from the program. We’re also excited to be working with Circulation(s) as an official media partner. Look out for continued features from the festival in the days to come!

If you are interested in seeing more work on this topic, consider one of these previous features: What Remains of the Day, Gesche Würfel’s thought-provoking series on Germany’s memories of World War II; I Reminisce and Cry for Life, former teenage soldiers—all female—in Belarus remember their experiences of the Second World War; and Topography is Fate, featuring the silent, sprawling landscapes of North Africa that served as battlefields between 1940 and 1943.