Book review
To Joy
In this brilliant book, Bremer takes us through layered moments in time, blending images, dates and places into a single frame.

To Joy
In this brilliant book, Bremer takes us through layered moments in time, blending images, dates and places into a single frame.

Opening Sebastiaan Bremer’s latest book, To Joy, is like entering another world, where things appear as we feel them to be, not as they are. The pictures inside function as metaphors for human memory, and time, like a serial reworking of original experience.

Bremer’s work, a mash-up of photography and painting, plays on the earliest superstitions about photographs. The traces left behind on the surface of these images seem to tease out additional dimensions. Perhaps these worlds were here all along, but never visually realized. The painted photographs suggest ghostly evidence, a glimpse of ancestors like those offered by so-called spirit photographs of the 1800’s.

The ink covering the photographs represents a slow, gradual accrual of time, dots pacing with the clock’s second hand. In To Joy, Bremer writes, “My kids often talk of time travel, and when I’m in a good mood I tell them I do it all the time. It might be a condition of my lack of formal training in the arts, but in my process and interest I look less at my peers than I do at my antecedents. And it makes little difference to me if they were working fifty or five hundred years ago.” In his own work, Bremer takes us through layered moments in time, blending images, dates and places into a single frame.

Bremer’s imagination operates at an intersection where photography and painting overlap anew, offering fresh interpretations of each medium.

Bremer, who is Dutch, born and raised in Holland, has claimed the traditions of Dutch painting, creating an imaginary but somehow plausible in-between space. During a commision for Los Angeles County Museum of Art in 2009, he examined the Dutch Old Masters works from the Carter Collection. He found a painting by Jan van der Heyden from the 1600’s of the exact part of Amsterdam where he grew up. The painting became a reference point for “Black Slipping Banquet”. In this piece, a Bremer family photograph is reimagined as the interior of the canal house in the van der Heyden painting and populated with objects from another Dutch still life. Because the light in most of Dutch still lifes comes from the left, the artist was able to blend bits and pieces from different paintings. Items on the table seamlessly combine the 1960’s with the 1660’s: modern ashtrays cozy up to artfully peeled citrus and a dead hare. It is hard to tell where the photograph ends and the painting begins.

While working on the darker areas of photographs, Bremer found he didn’t need to start with an existing photographic image he shot or found, he could simply make one, writing, “I then started making a whole set of works on black paper…which felt incredibly liberating: apparently I didn’t need a camera to make a photograph. I could hop, skip and jump through the times, taking snapshots of different moments. I could time travel. Purely imagined spaces could become real.” The gothic orgy “Waterfall” is one of the works that followed this epiphany. It took from 2006 to 2011 to complete. Bremer writes, “Waterfall is its own universe, with its own laws, and time is different. This is a place where now and the 16th century, landscape and interior, still life and landscape exist simultaneously, balled up together.”

Marking with his white ink on the black photographic surfaces he printed in the darkroom, Bremer wrote, “… since our conditioned eyes assume that photo paper carries an image created by light and a lens, my drawing on black surfaces assumed the kind of ‘truth’ that is still associated with photography. The freedom to wield a ‘camera’ and create images of places I have never visited, in times and areas before photography was a first desire, was what I wanted to exercise in this series.” Bremer’s imagination operates at an intersection where photography and painting overlap anew, offering fresh interpretations of each medium. To Joy is an in-depth view of a richly varied landscape, where history, memories and lived moments collide in profusion.

Rebecca Horne is a photographer, and she writes on photography, science and art in national publications and the multimedia mobile platform Storehouse. Recent writing includes Wild Pigeon for Daylight and What do these uploaded videos say about society? for CNN. Recent writing in print includes a book essay for California based-artist Johnna Arnold’s In/Finite Potential.

To Joy
By Sebastiaan Bremer
Published 2015 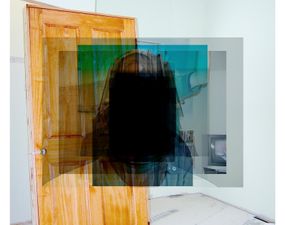 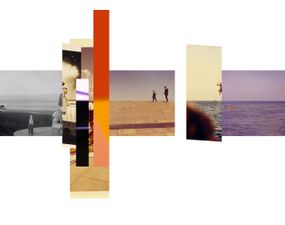 Horizon
Martin Venezky
“‘Place’ is something we carry with us—a summation of our inner memories mapped onto the present landscape as we traverse it.” Past and present blur together in this inventive, award-winning photographic collaboration. 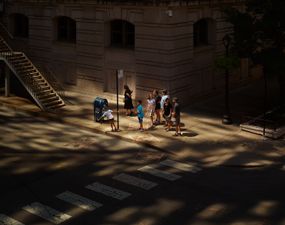 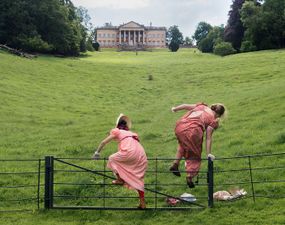 Where We Belong
Alejandra Carles-Tolra
Enter the close-knit sisterhood of the Jane Austen Pineapple Appreciation Society—a  group bringing the past alive in the present. 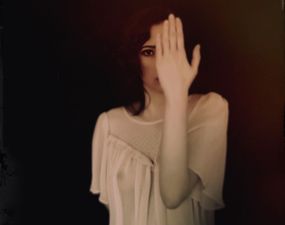 Blemished Eye
David Booker
Executed with “erotico-mystical heat,” these visceral, voyeuristic portraits plumb the depths of the photographer’s relationship with his model and muse—who is also his wife. 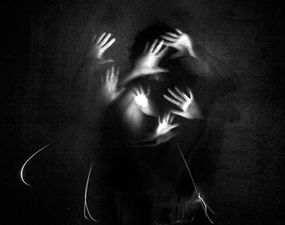 Inside
Maria Pleshkova
” Inside is a series of surrealistic self-portraits. I don’t aim to depict my physical appearance but I express the inner side of myself in a graphic manner. It’s a story about fighting fears, finding one’s identity and...