In the early 1890s, a man came up with a fanciful idea; a plan that, like many, began as a charming proposition and ended up a destructive reality. As a tribute to William Shakespeare, he decided to introduce every bird species that appeared in the bard’s writings into the US. He began with the European starling, a bird known for the attractive metallic jewel-toned sheen of its black wings. The original hundred birds released into New York City’s Central Park are the forebears of the 200 million starlings here today. Starlings, for all of their beauty and wonder, are considered invasive, competing for nests and destroying the eggs of native species.

Starlings play a significant role in the American photographer Shane Rocheleau’s upcoming new book Lakeside published by Gnomic Book. The book takes the town of Lakeside, Virginia, as a stand-in for much of the country, where fear-mongering media outlets, the ruinous effects of capitalism, racist redlining, and misinformation have led to closed communities filled with suspicion and anger. Government policies and political ideologies have kept Lakeside a predominantly white working class town. A form of stasis has set in, lurking around the images. Lakeside opens with a quote from Carl Jung: “Everything that is unconscious in ourselves we discover in our neighbor, and we treat him accordingly.”

In the book’s preface, grids of starlings appear in murmuration across the pages. ‘Murmuration’ is a term most closely associated with starlings and refers to their movement as they flock, creating complex shifting patterns that dazzle anyone lucky enough to catch sight. Starlings use murmuration to keep warm as well as to confuse predators, a coordinated series of feints, if you will, enhanced here by the artist’s intervention in the form of slight glitches in the grids of birds.

It is fitting then that this is how Rocheleau introduces the project; with an artifice that creates beauty out of manipulation. The starling is just one example of the many ways in which cleverly-crafted myths and rhetoric have obscured American life, how the powerful have directed fear and paranoia towards anyone who appears different, scapegoating communities of non-white immigrants, black, brown, and LGBTQIA+ people. Rocheleau addresses the ways in which we as a nation have dressed up the story of America to fit our needs: American history as propaganda. This is nothing new; in the study of history one can never ignore who writes it and whose narrative is best served by it.

Lakeside performs an impressive balancing act, juxtaposing beauty and ugliness, myth and reality. In weaving together portraits, landscapes, found objects, and advertising imagery Rocheleau presents an unsparing view of a complicated history. The book is broken up into seven chapters, each introduced with an image, ranging from a megalodon tooth to a Chickahominy arrowhead, a reminder of who and what were here before. In the first, Oughnum and the Starlings, we are introduced to the land through beautiful images that meander through the woods, from soft blue skies and dappled green foliage and on to the destruction of red-billed woodpecker eggs.

The connection of the starling to the violence of European colonists is hard to miss. In the second, Trespass, we begin to see the town. A monumental blue tarped house looms across a full spread, men are photographed alone, crowded interiors are on view. The photographs in the final chapter, Neighbors, are taken from afar or looking out of windows, as if stepping back. The chapter names give small clues; oughnum is the indigenous Chickahominy people’s word for good hunting land, antinomy is a paradox or a contradiction.

This structure reflects Rocheleau’s view of multitudes. In discussing the work, he references Walt Whitman, the American poet and essayist, who so deeply believed that, much like poetry, democracy gained from its incorporation of the many and the disparate to form a whole. “For twenty years, my personal and artistic research has revolved around the idea of multiplicity. We need to embrace contradiction,” Rocheleau notes.

This broadened perspective allows for not just different entry points to the work but also a deeper look at the complexities straining below the surface. There is a photograph of a neighbor named Butch, sitting on his porch with his face made up, hoop earrings on, his nails painted red. According to Rocheleau, “Butch represented this wonderful contradiction where he told me he wanted to shoot anyone who were to try and move the Robert E. Lee statue and on the other hand here he is, a cross-dressing male in a hyper cis male community.

In the fourth chapter, Reading Room, the book takes a turn. We move away from the neighborhood and into something more visceral. The paper stock changes to one with an old textured magazine quality, the crops become tight, the colors are louder, close-up photographs of plants frame a section of halftone advertisement images. We are given the distractions of guns, ammo, and Playboy. Much like the heavenly bamboo, the fish lure, the bullets, and the blaring color that appears here, we are presented with seductive optics that distract from their true nature.

Rocheleau’s narrative plays beautifully against the book’s format, time passes, moods shift. Instead of a list of titles, we are given context. The book’s final section is called Some Field Notes. Instead of an ending, we are given an action to perform. The majority of the images are untitled but a notable few have long-form text. There is a recipe for mashed potatoes, a description of the invasive heavenly bamboo, and an excerpt from the Bible. In using these texts sparingly another understanding of the book format emerges. They provide further depth to the work and according to Rocheleau “create the conditions whereby viewers have to go back and have a renewed experience.” The photographer is telling you to look again, to apply what you now know.

Scientific studies consider murmurations to be similar to avalanches, crystal formation, and liquids turning to gas, all systems termed ‘on the edge.’ Rocheleau watched as the 2016 election broke down any form of restraint holding the country’s worst impulses in check. His neighborhood changed in the time that he photographed the project. The book reflects this as it moves along. But the artist believes that “there’s a possibility for redemption, true community, and love with an honest reckoning.” He speaks about radical empathy. And so the book closes with a postscript titled Funeral for a European Starling. In a small act of love, an injured bird found in the road, given comfort in its last moments. 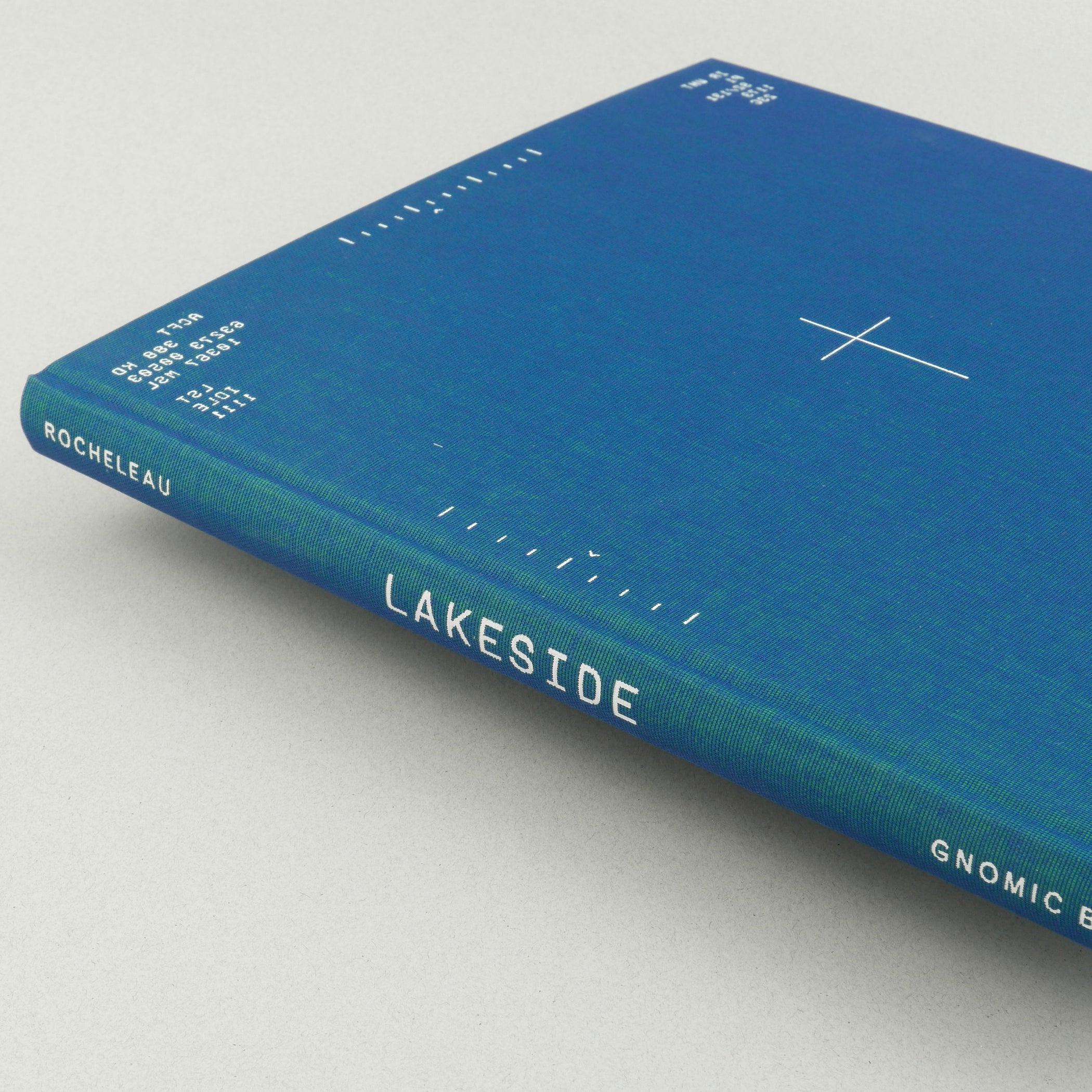