A Photography of Gestures
A new book shows Shirley Baker’s documentary work from a different perspective, shedding light on her playful and tender street photography.

Shirely Baker’s recognition as an important figure in British documentary photography came too late. She died shortly before her 2015 retrospective at The Photographers’ Gallery in London. Shirley Baker, Lou Stoppard’s new book on the photographer, introduces a lot of previously unpublished photographs and opens up new dimensions to her work beyond the social documentary photography of the 1960s and early 1970s, with which she has become identified: the ‘slum’ clearances in Salford and Manchester, highlighting the fragility of communities through the Blitz-like devastation of the demolition taking place around them.

While the photographs in this new book still includes examples of her work taken in the north of England, it also includes images taken in Italy, Spain, and the South of France, where she holidayed, and also London and Japan, where her doctor husband went for work. All still have value and interest as documents—as records of dress, fashions, styles and ways of being in public that are no more—but the emphasis has shifted.

Stoppard suggests Baker’s work benefits from the fact she did not socialize with other photographers, editors or curators, but worked independently. “It is delightfully untainted by influence or feedback,” the author notes. “What is often overlooked […] is that photographers are often greatly influenced by picture editors, and nowadays by gallery curators and people from arts’ bodies who dole out commissions.” While this has meant her photography has been made outside the constraints that such a system can impose, at the same time, it means her work is now being edited and shaped by others, posthumously.

Baker’s gender is, as Stoppard notes, an undeniable determining factor in her work and her relative lack of acclaim: “As a woman in that era, she, of course, experienced daily the feeling of being passed over, regarded as unserious, insignificant, rejected.” This can also be seen to have a relation to her subject matter—the gravitation toward working-class communities uprooted by demolition, as well as the travellers and squatters who moved into the derelict homes, and her interest in what she has referred to as “the more mundane, even trivial aspects of life that were not being recorded by anyone else”

Class is still a marker of this new volume of her pictures and yet they are not driven by a polemical agenda. The street continues to be very much a social space and site of play, there is a freedom and openness to the way people interact and engage with each other and Baker. In more recent street scenes, accent is on convivial moments; a family sunning itself on the doorstep, boys who have set up a little pool table on the street.

Hers is also a photography of gestures, touch and contact: in her picture of the modernist sculpture of Henry Moore on show in Bradford, the white space does not prevent gallery goers physically touching and interacting with the sculptures. Art is not separate from life. An entanglement with forms of representation characterizes many photographs: a girl scrambling up an outdoor sculpture of a naked woman is shown at the moment she holds on to the figure’s breast.

Small gestures of correspondence and connection animate the quiet exchange between the couple on the street in Altrincham. Attentive to the woman standing before him, the posture of the man suggests a state of relaxation and softening. His head is shown leaning to one side, rhyming with the head of the female mannequin in the shop window behind him, a connection and association that plays against assumptions of masculinity and the hardness of the two crash helmets he is holding. In a sunny picture in St Tropez, a display of kitsch paintings—flowers, children, sunsets and seascapes—frame a couple’s close embrace. The woman has her back to camera, and sits on her partner’s lap, her lover’s hands are interlocked around her, an intimate moment amplified by the cheery joy of paintings all around them.

This book signals a break with the social documentary context and frame through which Baker’s work had previously been positioned. The Photographers’ Gallery show, predominantly focusing on work from the 1960s, expanded upon the social accent of the Bloodaxe 1989 publication Street Photographs that concentrated on her ‘slum’ clearance work.

Stoppard’s book introduces something new in the formal emphasis in her work. The spaces of leisure and holidaying she photographs certainly open up new kinds of pictures. The weight of documentary is lightened by the sense of Baker as a playful picture maker. But we still are yet to discover how much more of this work is out there waiting to be published and how typical it is of the photographs she has been taking, after her work from the 1960s and early 1970s. 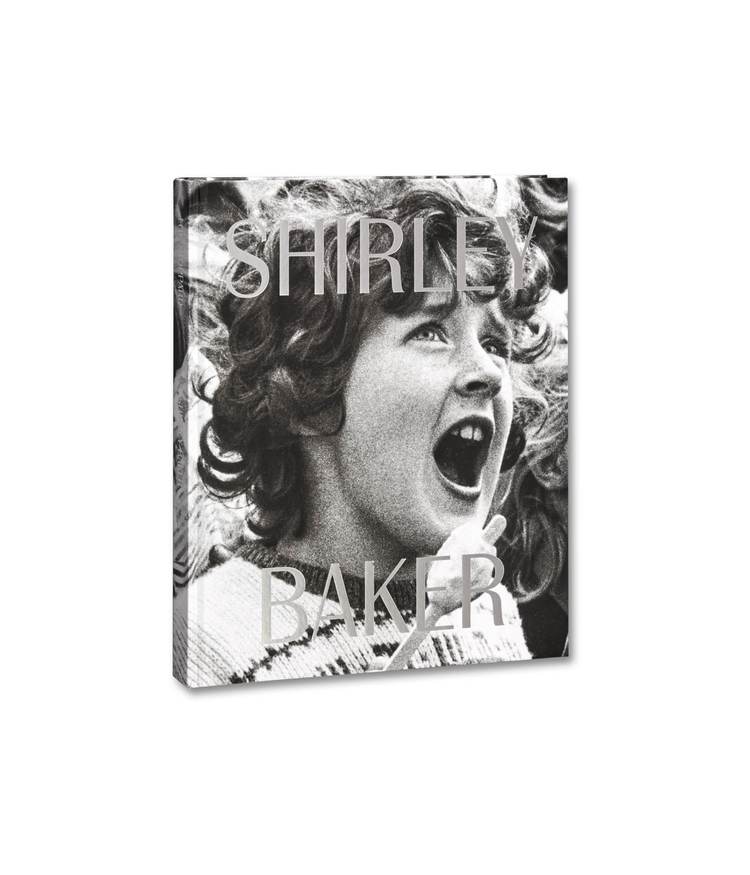