Interview
Rescue Sketches
In the third edition of “Arrivals”, Wesley Verhoeve introduces us to Sinna Nasseri’s latest project “Rescue Sketches”; an evocative travelogue of his journey through America that started in the volatile year of 2020.

Rescue Sketches
In the third edition of “Arrivals”, Wesley Verhoeve introduces us to Sinna Nasseri’s latest project “Rescue Sketches”; an evocative travelogue of his journey through America that started in the volatile year of 2020. 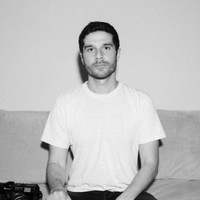 Sinna Nasseri is a photographer and documentarian born in Los Angeles and based in New York City. In 2020, he traveled to 35 states documenting the US election, pandemic and social movements for Vogue, TIME, The New York Times and The New Yorker.

Released as tiny chapters on Sinna’s Instagram feed over the past 18 months, Rescue Sketches is composed out of eye-catching vignettes of daily life, unfolding into a compelling tapestry of stories framed by a kind and curious gaze.

In this interview for LensCulture, Wesley Verhoeve speaks to Sinna about how he arrived at this project.

Wesley Verhoeve: Sinna, can you tell us how you arrived at your ongoing project Rescue Sketches?

Sinna Nasseri: In 2019, I decided to live on the road and chase the dark shadow of the 2020 US election. My goal was to photograph the candidates and the political zealots, but also regular life and people who were sick of politics. I had no real plan except to show up in Iowa and try to talk my way into Democratic caucus events. But miraculously, just before I was set to start my trip, Olivia Horner of Vogue backed me. We ended up doing eight stories together in 2020.

The project evolved intensely in tandem with the massive changes the country went through. It became less about the politicians—the pandemic squashed any access I had—and more about the country and its people as the largest social movement in our history took hold.

WV: How has traveling the country during these divisive times affected you, both personally and as a photographer?

SN: I met so many kind and generous people on the road that it did give me a sense of hope. I also came across some angry, hateful folks but I prefer not to focus on them.

I interviewed a stranger in Tucson who later invited me to stay in her casita and has become like a mother to me (hi Rosie!). I stayed with a widower in Sturgis, South Dakota who made me ribs in a slow cooker that were some of the best I’ve had. She had a Trump sticker on her beat up truck but we didn’t talk about that.

WV: In addition to photographs, you have been documenting a lot of special moments in the field on video with your phone. What role does video play in your photojournalism work?

SN: I use video when I get the sense that a photograph won’t be able to convey what’s most important. For instance, interviewing someone is way more interesting to me than taking their portrait. To be honest, 99% of the portraits I see totally bore me—and I’m including my own work in there.

This video I made of Zac Taylor standing up to racists in St. Augustine, Florida had a big impact on me. I did take some photos that day as well, but they don’t really match up to seeing him in action and hearing his voice afterwards.

WV: Not that long ago you worked as a lawyer in midtown Manhattan. What motivated you to make the leap into photography?

SN: It’s hard to believe but one day I woke up and realized I was a lawyer and that my life force was slowly fading. So, I started doing different activities to try to reverse that process. One thing was I became obsessed with going to live music shows, especially fusion and free jazz. And I felt a compulsion to make audio recordings there, and later to do video and photos as well.

When improvisational music hits right, there’s a real feeling of tapping into the universal consciousness that I wanted to explore. And once I had a camera in my hand, photography became the real obsession—everything else in my life faded to the background.

WV: Even though the election year 2020 is now behind us, you mentioned you have a lingering feeling that the project is not yet complete. Can you elaborate on this?

SN: I feel like the project needs another element to make it whole. Perhaps it’s something from my family life, something other than photographs. I’m working slowly to figure that out—I’d rather not rush into something that is permanent.

Editor’s note: Arrivals is an ongoing column focused on remarkable projects by new voices in photography, curated by Wesley Verhoeve. Read more about him here.