Interview
Moving Pictures: Insight from a Photo Editor
With decades of experience in the industry under her belt, Chief Photography Editor Molly Roberts speaks about the importance of strong visual foundations and photography’s ability to stop you in your tracks.

Moving Pictures: Insight from a Photo Editor
With decades of experience in the industry under her belt, Chief Photography Editor Molly Roberts speaks about the importance of strong visual foundations and photography’s ability to stop you in your tracks. 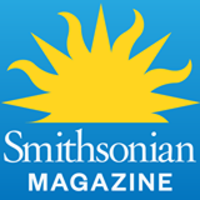 As part of the LensCulture Earth Awards 2015, we will be interviewing various members of our international jury to hear their perspectives on the broad theme of “Earth.” 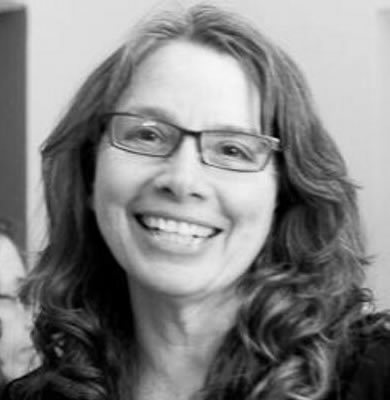 Today’s interview subject is Molly Roberts. After studying art history, Roberts began her photographic career at a daily newspaper. Since then, she has worked as a picture editor for many national publications and has spent the past 13 years at the Smithsonian Magazine.

Managing editor Alexander Strecker reached out to Roberts to learn from her long experience as an editor of photography.


LC: You’ve had a diverse educational background—you began in fine art but also worked in photojournalism. How do these various influences inform the way you work now?

MR: Everyone is realizing there is a collision of genres in photography right now—the recent retraction of certain awards and disqualification of photos speaks to that. But I think my background in art history has been invaluable, as both a photographer and picture editor. In fact, it’s probably the best thing I could have done for myself, even if I had no idea why I was doing it at the time.

In talking with young photographers, even ones whose work I really like, I want to encourage them to know more: about the history of photography, the people who have walked the paths they are walking. There are so many different references that we should all have as part of our visual vocabulary. But some people have no idea, it feels like young photojournalists don’t learn those things any more.

When I’m looking to sign somebody, I look for someone who not only has a great style but who has a deeply found expertise and knowledge. At Smithsonian, a lot of our stories have a relationship with the museums that we work with—American history, natural history, ethnography, climate science. So it’s important for photographers to know their stuff and have an expertise to back up their vision.


LC: The stories in Smithsonian touch on so many different subjects—what makes photography so versatile that it can create images relevant to these disparate topics?

MR: In a magazine, photographs are the first thing people look at. The power of that persuasion—to make people stop and learn more—that is the power of photography. Beyond that, the image itself can bring so much of its own information, apart from the text.

I’m concerned with people losing faith in the reality of images in a magazine. While I love art photography, I don’t want photography, in general, to lose its believability. Like writing and painting, there are all kinds of ways to use photography and each one is legitimate, if completely different. An emotional, personally told story has just as much validity and power as that spot news image below the newspaper headline.


LC: Do you have a gut feeling about what makes great photography or is it a more rational process when you are choosing images?

MR: I think it’s definitely both. One of the powerful things about photography is that it’s visceral. It can stop you and make you think, “Oh wow, I’ve never seen this before! I want to know more!” It also has the power to show you the world in a new way.

A great analogy for a single photograph is a poem—it’s something that’s surprising, makes you think in a way you haven’t before. It resonates and stays in your mind for a long time.


LC: Putting together a magazine, you must be faced with tight constraints. How do you reach your final decisions?

MR: It’s really hard—I’m always mourning many images that couldn’t make it into the magazine. For that reason, I always encourage photographers to have other outlets for publishing—books, exhibitions, digital platforms, projections. My role is to be a supportive underpinning for a bigger ecosystem of photography. It’s up to each photographer to expand the life and reach of their own images.


LC: How do you discover new photographers that you’d like to work with?

MR: I really enjoy doing portfolio reviews or judging competitions because they give me more exposure to the endless number of projects that are out there. There’s so much amazing work and it’s hard to be aware of everything that’s going on. Each year, we put together a special photography issue, where I get to highlight many more photographer’s work. I know that in the latest issue, I discovered at least one of the series from a recent portfolio review I attended.


LC: Do you think photographers make a difference?

MR: People can be really moved by an individual image. That’s the thing about a photograph—it’s very accessible to people. Rather than reading a long article, people can see an image and immediately feel, “This is wrong.” For example, the photojournalist Renee Byer has been working on a series “A Dollar A Day” about people who survive on a dollar a day around the world. A few weeks ago, someone saw a photograph from that series which showed a young woman collecting garbage and suffering. That someone decided to intervene and change the woman’s life.

That’s an amazing thing that photography can do: it makes people aware and connects them with individuals who they would otherwise never, ever know about. Sometimes, it feels that the world is filled with huge problems that we can’t have any impact on—unending wars, suffering, environmental issues etc. And sometimes it feels that there’s so many people who don’t seem to care—but then there are these great stories where people are aware and do something to make a difference. And those give you hope.


Editors’ Note: Molly Roberts will be judging entries to the LensCulture Earth Awards 2015—enter now for your chance to get your work in front of Roberts and the rest of the world-class jury. There are also a host of other great awards. You can find out more about the competition on our dedicated page.

You can find more great photography on the Smithsonian Magazine’s website!