Interview
Turunç (Bitter Orange)
With her razor-sharp eye for detail, Solène Gün shows a gentle side of everyday life in the banlieues of Paris and Berlin that is rarely seen by outsiders.

Turunç (Bitter Orange)
With her razor-sharp eye for detail, Solène Gün shows a gentle side of everyday life in the banlieues of Paris and Berlin that is rarely seen by outsiders. 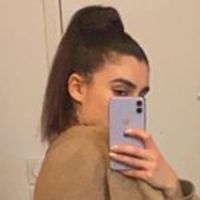 Turunç hones in on the lives of young men of Turkish descent living in the suburbs of Paris and Berlin. Gün’s photographs depict scenes of kinship, despondence, boredom and hope—states which are heightened by her close, cropped framing. Through her radically immersive vision, the cities’ banlieues—frequent targets of anti-immigration sentiment—are pictured as everyday, social spaces far away from their negative stereotyping.

Gün’s approach is intimate. Small details fill the frame: a gesture, a handshake, a necklace. These become a visual language which the artist uses to poetically weave together a personal vision of the young men living on the cities’ margins.

In this interview for LensCulture, Lodoe-Laura Haines-Wangda speaks with Gün about her personal history with the suburbs, her close connection to her subjects, and how she developed her distinctive style of picture-making.

Lodoe-Laura Haines-Wangda: Can you tell me a little bit about how you became interested in the everyday rhythms of the suburbs?

Solène Gün: I was born in the suburbs of Paris, and I’m a child of Turkish and Kurdish immigrants. When I left, I realized how much the suburbs are stigmatized and denigrated in the media. I wanted to examine the lives of young men living there, in order to remove the stereotypes surrounding immigration and the suburbs. I think that these areas have become a pretext to build and fortify divisions between people and spread the rejection of immigrants. What motivated me the most to pursue this project was my desire to express my own vision of these places and of this community. Speaking about the Turkish community was a more personal way to speak about the suburbs because the subject otherwise seemed too large.

LLHW: The style of your photographs in this series is very unique. There is a tightness to your compositions—you get close to the subjects of your images so they completely fill the frame. How did this style develop?

SG: I really wanted people to be immersed in the daily lives of these young men. When I started the project, I took photographs from more of a distance. I realized it wasn’t what I was really experiencing with these young boys—it lacked the intimacy of our encounters. Having details like a hand or colors that enter the eyes of the person who sees the work is a way to express the tension, the emotions and the situations they are living: their hopes and dreams, but also sometimes the violence that occurs in these places.

LLHW: I read in a feature on Turunç that by taking pictures, you were reconnecting with the places of your childhood, but that you were also creating a ‘feminine vision’ of it. That struck me. You’re photographing young men in your community, but of course, you are a young woman entering these spaces. Can you talk more about this idea of creating a feminine vision with these photographs?

SG: In most of the photography series that I see, it’s usually men that are doing these kinds of projects. Probably because men naturally know how to talk about what they know and live in the suburbs, surrounded by their male friends and so on. I grew up with a lot of men around me, so when I decided I wanted to go back to the places of my youth, it was very clear that this is something I would speak about. I found it important to bring a feminine gaze onto this subject, because as a woman living in the suburbs, you meet these young men every day without necessarily talking to them or knowing what they are going through. I wanted to break away from this distance in order to know their story and to find a more intimate way to be with them.

LLHW: What is your connection to the people in your photographs?

SG: It’s of course a photographic work, but for me, it’s also a social project because I had to really get the men I photographed to trust me. I didn’t know them before I started the project so it was really something new for me. It was easy for me to find people and speak with them, because the Turkish community is a big one and many people really wanted to help me. But then, when we got to know each other better, and I felt they really understood what I wanted to do, I started to spend a lot of time with them. Even without photographing sometimes. I really started to live some parts of their lives with them. Then, after some time, we began shooting and they invited friends and we made some pictures.

In the end, I really felt linked with them. I have contact with them even today, and we speak about how the project is going, and they are really happy for me. During the project, I spent time with the boys and many of their families, so I became part of their family—at least for a little while.

LLHW: How much did you direct your subjects in this series? Did you see your way of photographing as a more deliberate way of picture-making, purely documentary, or is it more of collaboration between you and the subject?

SG: I think it’s really a collaboration. Sometimes I’d say “be like this, or be like that” because I knew the way I wanted it to go, so I would direct them. But then, other times—for example, when there were a lot of people, a lot of boys—I felt it was really amazing if they just did their thing, and then I’d be taking the best moments that I felt that would express something. So really it’s a mix of both.

LLHW: It sounds like you spent a lot of time within the community, making pictures. With a series like this I’m sure there were lots of choices that had to be made, in terms of what to include and what not to include. What was your editing process like?

SG: I made some pictures a year ago, and then I returned to the suburbs this summer to make some new images. I think the idea behind the new photographs is a bit different from last year, because I knew more about what I wanted to express. So, I made a new edit of the images, and chose the ones I felt were stronger, or the ones that expressed something about their culture or their roots. I also photographed their rooms, which shows the conditions they are living in.

LLHW: There’s an anonymity to your subjects in Turunç. Can you tell me about the choice not to ever completely show your subjects?

SG: The idea came later. At first, I made some portraits. I wanted to see what worked and what didn’t. Then I realized that it’s really weird for them, in a way, to show themselves. Some of them really wanted to show themselves and express themselves—they would propose ideas about how they wanted to be photographed. Some of them would say, “Okay, you can take a picture, but I don’t want it to show my face.” I was confronted by this contradiction. I really wanted to speak about this truth, because I think it expresses the fact that they are often denigrated and when they have to express themselves and to be shown, it’s very difficult for some of them. When you have never been put in front, it’s hard to be seen. So I think it was really important to express this fragility of their identity.

LLHW: Turunç, the title of the series, translates from Turkish to ‘bitter orange.’ Can you talk about the significance of the turunç to this series?

SG: Turunç is the name of a fruit that you can find a lot in Turkey. It’s a fruit which is bitter, but also sweet. It’s a metaphor to speak about the hopes that exist but aren’t fulfilled. I think it’s also a metaphor for the suburbs, where there is a lot of hope, and a lot of good things, but at the same time, there is also this bitterness.