Interview
From Concept to Cover Image: Behind the Scenes at The New York Times Magazine
In this exclusive feature, a photo editor at one of the great Sunday magazines reveals the process behind assigning, designing, and shooting two recent covers for the publication.

From Concept to Cover Image: Behind the Scenes at The New York Times Magazine
In this exclusive feature, a photo editor at one of the great Sunday magazines reveals the process behind assigning, designing, and shooting two recent covers for the publication. 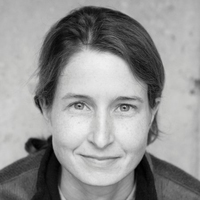 Every weekend, over 4 million readers look forward to settling in with one of their favorite publications, The New York Times Magazine…Whether at a kitchen table, on the subway, in a café, or on the go with their smartphones, the magazine is like a treasured friend, and a reliable source of informative, compelling, provocative content.

One of the most important jobs for the photo editors of the publication is to help produce its cover. Given that many of the covers feature a photograph, this is a demanding responsibility. We spoke with one of the magazine’s associate photo editors, Stacey Baker, about the thrill and challenge this task entails.

In her years of assigning both covers and photo essays within, Baker has had the pleasure of working with some of the most acclaimed photographers of our time, including Alec Soth, Damon Winter, Nadav Kander and many, many others. Given her tremendous experience, we are thrilled she has agreed to serve as a juror for this year’s LensCulture Exposure Awards.

In this exclusive feature, she takes us behind the scenes of two recent covers from the magazine (including a historic first for the publication). Read on for insight into how photographs go all the way from conception to the cover of the paper on your kitchen table—

For several years, we’ve had an annual Voyages Issue that is also a photo issue. It’s one of our biggest photography moments during the year. In the past, we’ve reached out to photographers to ask where they would like to go in the world, and the issue is made up of their extraordinary journeys.

This year, our editor-in-chief, Jake Silverstein, wanted a tighter conceit. He liked the idea of the issue being centered on the idea of where families all over the world vacation in their own countries. Here in the United States, we know the popular destinations for Americans — Disney World, national parks, etc. But he was curious to know where Chinese families vacation in China, Iranians in Iran and so on.

We started putting this issue together in May. I worked with Kathy Ryan, our director of photography; Jessica Dimson, our deputy photo editor; and Jaime Lowe, a researcher and writer. Lowe did a ton of research to find out where families vacation in countries around the globe. The other photo editors also joined in the effort. In addition, we reached out to photographers living abroad to get their ideas. So, each of the photo essays came from a variety of sources.

To take one example, Lowe found a young family of four in Tallinn, Estonia, who had plans to go to a smoke sauna. The tradition (part of the UNESCO Cultural Heritage of Humanity) consists of spending several hours going back and forth between hot cabins and cool ponds. It is a generations-old activity for Estonians. We asked the photographer Joakim Eskildsen to travel with the family to and from the sauna in Vorumaa, documenting their trip along the way.

As soon as we saw Eskildsen’s edit, this photograph jumped out as a potential cover. It’s idyllic and poster-like. But as this was one of the first photo essays to come in, we knew there would be other contenders as well. Also, we paused to consider the nudity.

After the other photo essays had been filed and we stared down the cover possibilities with our design team, we all still felt this was the best cover. Jake Silverstein decided to go with it. It beautifully represented the notion of a family at leisure. We felt that the nudity was tasteful and appropriate, given that’s how the family took part in the sauna. It was the first time we featured a nude woman on the cover of our magazine.

For this profile, written by Matt Shaer, we asked two photographers to make pictures for the piece. First, we assigned Peter van Agtmael to photograph Hannity in Franklin Square, the town where he grew up on Long Island. Van Agtmael photographed him at his childhood home and at the baseball fields where he played as a kid. The plan was for those pictures to run inside. For the cover, we wanted a studio portrait of Hannity, and we wanted to get a variety of expressions. Since most of our covers feature portraits, we don’t know what expressions the subject will give us. So we aim to get as many as possible.

We commissioned photographer Christopher Griffith to photograph Hannity on November 8 in his studio at Fox News before his show that evening. There were about 12 people present for the shoot, including myself, Kathy Ryan and Matt Shaer’s editor, Mike Benoit. Hannity was very friendly and eagerly cooperated with Griffith, who was sitting across from him at a table, about two feet away, taking these pictures. They worked together for about 30 minutes, and the entire time, Hannity was spirited and energized. In fact, we had never seen anyone so animated during a photo shoot.

The edit was a challenging one, as Hannity gave us so many vivid expressions. In the end, this photo stood out as the most striking cover.

The LensCulture Exposure Awards 2018 are now open for entries! Submit your work now to have it seen by our distinguished jury panel, including Baker, editors from The Guardian, Foam, and many more.