Feature
The Black Panthers — 50 Year Anniversary
The legacy of the Black Panther Party can’t be understated — this retrospective of the BPP’s ideologies and goals shows that while progress has been made, we still have a long way to go.
Photographs and text by Stephen Shames
View Images

The Black Panthers — 50 Year Anniversary
The legacy of the Black Panther Party can&#8217;t be understated — this retrospective of the BPP&#8217;s ideologies and goals shows that while progress has been made, we still have a long way to go.

2016 marks the 50th anniversary of the founding of the Black Panther Party.

The Panthers would become emblematic of the Black Power movement that helped shape the tumultuous years of the late 1960s and early 1970s. Many say that the movement laid the seeds for the eventual election of Barack Obama as America’s first Black president. Regardless, the Panthers electrified a generation of black youth and remain cult heroes today, nearly 50 years after their founding.

Following the assassination of Malcolm X in 1965, two college students, Bobby Seale and Huey P. Newton, formed the Black Panther Party. Huey Newton and Bobby Seale preached the right of self-determination for black people. This included the right to self-defense and community control of the police. After Martin Luther King was gunned down in 1968, the Panthers grew rapidly into a national revolutionary party with over 5,000 members in cities across the United States.

The Black Panther Party sought to build a community through service to the people. Toward this end, the Panthers started their Free Breakfast program, which fed tens of thousands of school children every day. The basis for this program was Seale’s belief that “hungry kids can not concentrate in school.” The Panthers organized a wide array of other community service projects: they provided free food, clothing, shoes and medical clinics; they even escorted seniors when they shopped so they would not be robbed.

The Panthers’ success in organizing the black community eventually prompted FBI head J. Edgar Hoover to describe the organization’s breakfast program as “the country’s greatest threat to internal security.” As a result of Hoover’s paranoia, the FBI launched COINTELPRO: a massive campaign of intimidation and assassination to wipe out this revolutionary organization.

But in reality, the Black Panther Party gave purpose to the aimless, angry youths who loitered on street corners. The Panthers melded these young people into disciplined, hard workers who served their community and showed respect for the children and elders in their neighborhoods.

50 years later, some progress has been made. In 1968 there were only a few elected African-American officials on all levels nationwide, but in the last forty-eight years, the number has grown in leaps and bounds—African-Americans now hold many prominent positions in the US government, including (currently) the President of the United States. Community control of the police is an accepted doctrine. The Federal Government feeds millions of school children every day.

On the other hand, progress has stalled in jobs, housing and the justice system. Black male adolescents are still at risk. And critical efforts—programs to feed children or give everyone access to quality medical care—are under attack.

Editor’s Note: Stephen Shames’ photographs will be shown at the Angkor Photography Festival and Workshops, which will run from December 3 to December 10, 2016 in Siem Reap, Cambodia.

Roughly once per week in the lead-up to the festival, LensCulture will feature a different part of the Festival’s program. If you missed our previous features, you can find them all through the festival’s LensCulture profile. 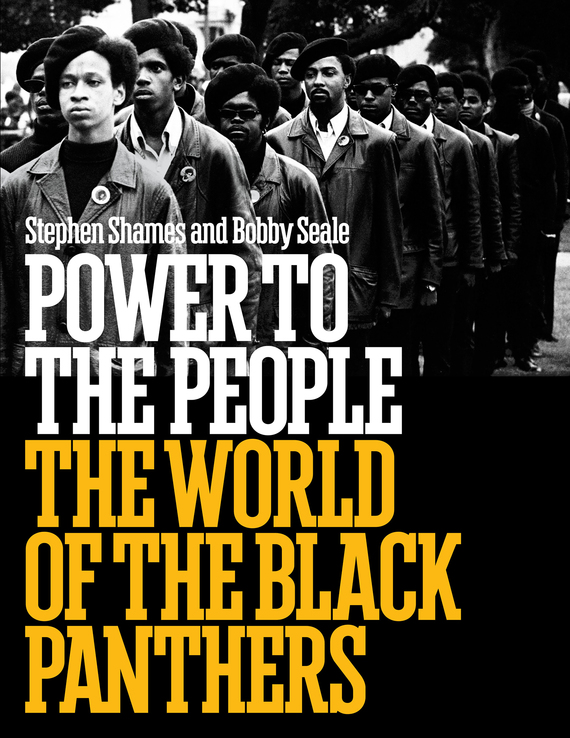 Power to the People: The World of the Black Panthers by Stephen Shames and Bobby Seale was just published by Abrams. It runs 256 pages and includes over 200 photographs by Shames. Find out more on the publication’s website.