Interview
Stuart Franklin on Impulses (Documentary and Otherwise)
Legendary Magnum photographer talks about instilling freshness into photography, the terrible importance of ambiguity and how to navigate the contemporary media landscape.

Stuart Franklin on Impulses (Documentary and Otherwise)
Legendary Magnum photographer talks about instilling freshness into photography, the terrible importance of ambiguity and how to navigate the contemporary media landscape. 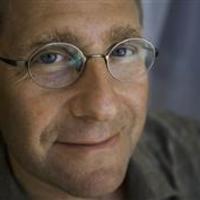 Stuart Franklin has been a member of Magnum Photos for over 25 years. Although he began photographing at a young age, Franklin shot to worldwide prominence thanks to his iconic image of a solitary man standing in front of oncoming tanks at Beijing’s Tiananmen Square in 1989.

Besides making work in China, Franklin has made pictures all over the world, pursuing topics on a wide range of subjects. He is the author of over half a dozen books. His most recent publication, The Documentary Impulse, explores the ways in which we are driven to visually document our experiences.

Managing editor Alexander Strecker sat down with Franklin at this year’s World Press Photo, where Franklin served as chair of the judging panel. They discussed Franklin’s love of light, the importance of fieldwork, and much, much more—

LC: Let’s start at the beginning—what first drew you to make pictures?

SF: There was a time in my life when I liked wandering around on my own; later, I started carrying a camera. I think I must have been about 17 or 18. I bought a second-hand Yashica-D box camera in a pharmacy in British Columbia. From there, I took a train through Mexico and then a bus down to Panama.

What drew me to photography? I simply liked the light. Coming from Britain, my trip across America showed me a whole different world. In Panama, for example, what I enjoyed most was going down to the harbor and photographing the banana boats unloading…

But as I said, what really drew me to photography more than anything was the richness of light. Later, I returned to the UK to study fine art, the history of art, drawing, painting and photography.

When I graduated, I was lucky enough to have a portfolio under my arm. Back then, you could take such a thing to magazines and they would say, “Yeah, you can have an assignment. Go make a portrait of somebody.” For the first couple of years, I was making editorial portraits; from there, I started to pursue journalism and photojournalism. I started working for Agence de Presse Sygma in Paris and stayed for five years. From there, I joined Magnum in 1985, and I’ve been on that road ever since.

LC: But you did have a formal fine art training—how did that inform your approach to photography?

SF: I suppose we separate a lot of things out with words, don’t we? But they all kind of fuse in practice. Using words is always an awkward affair; the minute we take up a camera to compose, to organize a picture frame, we’re trying to create something, which has nothing to do with words.

Similarly, I think the boundaries that exist between what we call fact and fiction are far more fluid than we allow. Look at the history of literature and the beginning of the novel. Novels began as a kind of mimic of fact, of letter writing. So much of what these early novelists engaged in was just changing the names of people, and all of a sudden, it was described as fiction.

Or to take it in the other direction—think of James Agee and Walker Evans’ “Let Us Now Praise Famous Men.” If they had just changed a few names, it could just as well have been a work of “fiction.” A few tweaks of the dial, a few more inventions, and it would have been a great fictional narrative, accompanied by photography.

The fact is, writing—like photography—is steeped in experience. Whether the result is labeled fiction or not, it will always come out as something that’s a bit of both. Listen to a fiction writer like Zadie Smith offering advice to us on how to write: “Tell the truth. Whatever veil you put over it, tell the truth.”

SF: The type of photography I’m talking about is a phenomenological experience of the world around us. That, in a broad sense, is documentary. But I did try to repaint the boundaries of documentary outwards a bit, in order to give some sense of freedom to the idea of the genre, which has been ever so constrained.

To continue from Zadie Smith’s idea, my view of documentary is always playing with the “veil.” It’s not a veil of separation; it isn’t a divide between black and white. It’s a veil of mystery and ambiguity. Ambiguity is terribly important in photography, both in a narrative sense but also in a pictorial sense.

That’s really the challenge in everything. It’s about instilling a certain freshness into the way we go out to photograph, in the way we tell stories photographically—it’s about that freshness which asks, “Oh, isn’t this new?” This freshness really comes from the soul. It’s a truth, it’s a journey. When it works, it really works very well.

LC: But in our “post-truth” era, there is some importance to being definitive, no? If we champion ambiguity too much, then we might end up with pure subjectivity.

SF: Oh, there’s room for everybody in my party. I mean, you’re absolutely right. On the front page of the newspaper you want truth, but in the arts pages, it’s a different story.

It’s all very well for someone shooting a story on rhino poaching to say, “These are the facts of poaching, these are how many rhinos are left in the wild.” But what about the “facts” of xenophobia? How easy is that to photograph? We need new ways of dealing with some of the subjects that aren’t as straightforward visually but demand visual tools to help us better understand the topics. These are the kinds of highways I’m trying to open up.

LC: Do you think photographers have an even greater responsibility now to engage with the world?

SF: Look, it’s not just photography: I think everybody has a responsibility to live a meaningful life in their own way. A photographer’s version of that meaningful life is presumably taking photographs that will make a difference, in whatever way they want that to happen. In the case of Brent Stirton, for example, it would be the end of poaching. But it’s different for each person.

We should also remember that responsibility isn’t a one-size-fits-all obligation. There are some of us who need to earn a living, who will go out and take pictures because the newspapers want a picture of Fidel Castro’s funeral. They will take the assignment, wander the streets of Havana and then go home. We should remember that some people’s responsibility is simply to pay next month’s rent and put food on the table for their family. Responsibility has many sides.

LC: You’ve been a member of Magnum for over 25 years. How do you understand the agency today?

SF: I think Magnum is a terrific group of people: a wonderful collection of men and women, each of whom brings a personal approach to documenting the world. What I love most is the way in which the unique personalities come through in the work. Everyone’s own passions and commitments express themselves in different ways.

On a practical level, though, it’s a tough time for people in this industry. It’s easy to become very stuck in the way people are framed and the way you frame yourself. Magnum, like everyone else, has to reinvent itself every single day. Most people working with their wits to survive have to do that. After all, in the world of photography, we are largely self-employed. In my case, it’s not like I can just kick back for a couple of months and see what happens.

As a collective, we are always trying to remain relevant and an important part of the world of photography. We have our historical archive but even there, we can trace our evolution across different times and methods of working. For example, Cartier-Bresson also worked on films, yet he began as a Surrealist…reinvention has been there since the start.

LC: What is your advice for those just starting out in today’s tough media landscape?

SF: In some ways, I do feel sorry for young people starting out now. It’s a moment where it’s incredibly difficult to get assigned, to get the ball rolling. It’s more like being a poet, coming out of a literary training, than a media practitioner. It’s really difficult, there’s no way to avoid that.

Given that reality, you must be even more persistent. I hear a lot of young people say, “I’m going to see this person with my work.” My view has always been that you shouldn’t depend on one person for anything; you need to see 10 people and out of those 10 meetings, perhaps something fruitful can arise.

When you’re young, you need to be focused, precise, and persistent. It’s important to remember that the world of visual culture is immense. You can do more than just make photographs. You can work in video, online, books…there are many avenues to pursue. There are so many platforms today, and some of them are incredibly effective at reaching people.

This all means it’s an important time to be innovative. Go back to William Blake, and the way he expanded the ways in which text and images worked together. Go forward from there: Where do we go next? How can we make this work? It’s a critical time for exploration and thinking.

Don’t forget that fieldwork is immensely important. It’s ever-easier to say or assume how things are elsewhere, even if you are on the other side of the planet. But to see a situation with your own eyes remains fundamental.

Still, as I mentioned, some of the most important issues going on today are ones we can’t even see: xenophobia, environmental problems, etc. All these subjects force us to ask the question, “How can I show that with a photograph?” At which point you’ve got to think, “Maybe there are other ways of dealing with this.”

That’s why I have such a broad and open mind when it comes to documentary practice. And that’s also why I remain optimistic, very optimistic. Does that all make sense?

Editors’ Note: The 2nd annual Magnum Photography Awards are now open for entries! Alec Soth, David Hurn and Susan Meiselas—all Magnum photographers—will be judging entries alongside experts from National Geographic, Aperture and more. There are also a number of great awards. You can find out more about the competition on its Call for Entries.