Book review
On the Frontline and to the Limits of the Frame
A new book of Susan Meiselas’ work offers readers a glimpse into the mind of this renowned photographer—and picks apart her lifelong drive to push her work “beyond the frame.”

On the Frontline and to the Limits of the Frame
A new book of Susan Meiselas’ work offers readers a glimpse into the mind of this renowned photographer—and picks apart her lifelong drive to push her work “beyond the frame.”

In a poignant interview embedded in the pages of her new book, On the Frontline, photographer Susan Meiselas makes a revealing and incisive remark about her practice: “From the outset, the idea of a narrative that extended beyond the single frame lay at the heart of my work.” This compulsion forms the core of Meiselas’ work, and it is visible throughout the 100+ images (including 77 in color) that are reproduced in the volume.

On the Frontline is a compilation of some of Meiselas’ most classic photographs as well as other, rarely published work; interspersed with the pictures is text drawn from interviews with editor Mark Holborn. These interviews offer the reader a glimpse into Meiselas’ mind as she works: however much the construction of a single image absorbs her, and “despite the pleasure of making a photograph…” she says, ”I still need to stitch it and weave in into something more.” It is this “something more” that Meiselas has steadfastly pursued throughout her career, and this desire fuels her commitment to documentary photography as a social and political force.

Her first project—begun while studying visual education at Harvard University in 1970, but before she thought of herself as a photographer—is a series of snapshots featuring fellow lodgers in the house where she rented a room. After she took a photo, she showed the result to her subject and asked for their reaction, which she then wrote down and pinned next to the photograph. Already, she was asking something more of her pictures.

A later project involved Meiselas dressing as a male in order to enter a “No ladies, no babies” striptease at a small circus. This series, Carnival Strippers (1976), is considered her first major body of work. But before these photographs were shown at the Whitney or published in a book, Meiselas made a point to show the contact sheets to the women, so that “they were seeing what I was seeing.”

Sure enough, this “going-beyond-the-frame” instinct has developed into a principal feature of her work throughout her career. While living in the Little Italy neighbourhood of New York, Meiselas became fascinated by the young girls who hung out on the streets. Observing them “posing and mimicking” in an age before mass advertising became so influential, she asked herself, “Who were they imitating?”

She found herself taking on-the-hoof shots of the girls, and although the portraits are casual, Meiselas (and, by extension, her viewer) is drawn to something lingering beneath the surface: female puberty; the dawn of adolescence; a time before their poses become warped by the heavy weight of a sexualized culture. The story of these girls as they grew up could have become another story, but as she says, “I made a difficult choice to follow another path, and that had consequences.”

The success of Carnival Strippers led to a commissioned trip to Cuba in 1977, where Meiselas found herself “fascinated by an alternative society that aspired to build on collective values.” She felt the heft of history and, in particular, the USA’s involvement in Central and Latin America. Trips to Nicaragua, El Salvador, Colombia, Chile and Argentina followed.

One of her best-known photographs—“Molotov Man”—resulted from her time in Nicaragua. The image, photographed during the Sandinista revolution, shows a man ready to throw a Pepsi-bottle-turned-Molotov-cocktail in one hand while holding a rifle in the other.

And yet, reporting on this insurrection, she found herself hampered by the deadlines imposed by the American magazines she was working for: “The beginning of an ambivalence,” she notes in one of this book’s interviews. Wanting to go deeper, she traveled into the mountains with the rebels and, looking down on villages and towns, realized the extent of what can be seen but not photographed. From the material (medicines and guns hidden under sacks of corn) to the invisible—the protection offered by her passport and white skin. But past that, a realization that her safety, and her role, was tenuous: “What had been unleashed,” she recalls, “could not be turned around. My photographs seemed inadequate and that inadequacy just grew. The frontline was a location of continual emotional turmoil for the population and for me.” Her disquiet led to the book Nicaragua: June 1978–July 1979 (1981) and recognition via a Robert Capa Gold Medal.

Earlier in Meiselas’ life, a dangerous situation in El Salvador led to her narrowly escaping with her life. Today, she retains a commitment to occupying a position on the frontline, but she has redefined “the frontline” as “a cultural boundary, a social edge, a point of interface with time, a deep psychological frontier.” It comes as no surprise, then, to know that recently she has spent time in a women’s refuge in the West Midlands, UK, working collaboratively with women who were willing to share their stories. The result, A Room of Their Own, is a set of portraits of the women who have sought shelter in the refuge, as well as photographs of the spaces that they have transformed into their temporary homes. Once more, her images are just the beginning: “In my photographs, each room, like each life, is unique. The image of a space is a record and also a kind of mirror. The woman is absent, yet present…These photographs may serve as a memory of each landscape, at a particular point in time.”

Being on the frontline and exploring the outer limits of the frame serve as apt metaphors for the ways in which, throughout her life’s work, Susan Meiselas has encapsulated what it means to commit oneself to a project. In her final remark in On the Frontline, she charts the path she has followed over four decades of photographing: “The documentary photographer can cross the line and show that the conflict zone is not just a battleground in a distant land; it is also in our homes, it is self-inflicted, it is on our heads.”

Editors’ note: A wonderful retrospective exhibition, Susan Meiselas: Mediations, will run until May 20, 2018 at the Jeu de Paume in Paris. 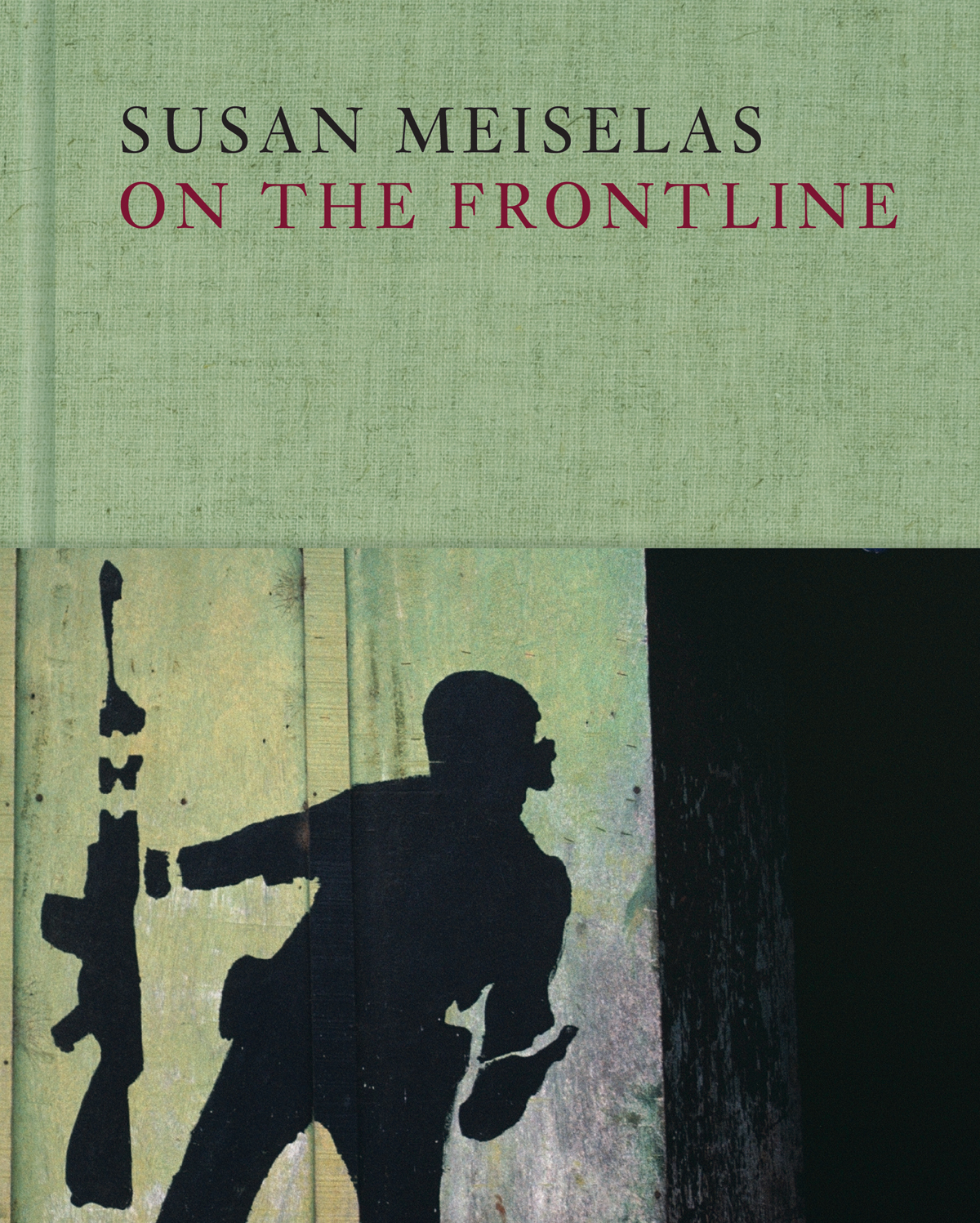 On the Frontline
By Susan Meiselas
Publisher: Thames & Hudson (UK),
Aperture (US) 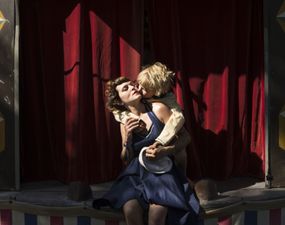 Amori Nomadi: Circus Love
Stephanie Gengotti
Ceaseless travel, diligent hours of preparation and a life steeped in nostalgia: meet the Brunette Bros family, the group behind one of the world’s smallest, but no less dedicated, circuses. 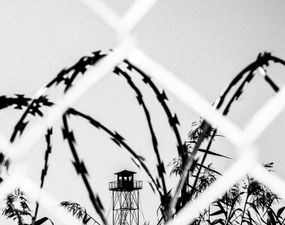 The Human Apart: On the Borders of Hungary and Serbia
Jim Casper
Only barbed wire and traces of things left behind by migrants are visible here at the closed border — 34 photos from September 18, 2015. 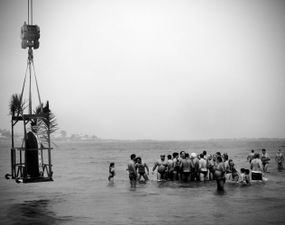 Photographing Epiphanies Across Crete
Spiros Zervoudakis
Renewing a tradition that stretches back to ancient times, the Greek Orthodox Epiphany is a celebration of renewal, purification, and a refreshed power for the new year. 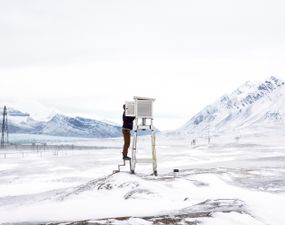 Research at the End of the World
Anna Filipova
A striking and poetic photoessay about the northernmost settlement in the world, housing the largest laboratory for modern Arctic research in existence. 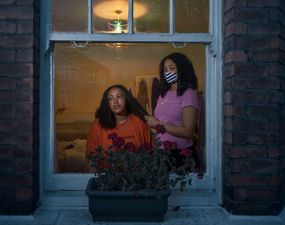 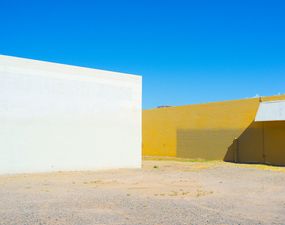 Surfaces
Joseph Podlesnik
A surprising, at times even ticklish, pictorial study of the tensions and incongruities that present themselves in the “urban” landscape of Phoenix, Arizona.