Interview
Staying Power, Natural Glamour: Three Decades at Vanity Fair
“At the end of the day, it’s the photographer who drives it all…” A generous look behind the scenes with Vanity Fair’s long-time photographic visionary, Susan White.

Staying Power, Natural Glamour: Three Decades at Vanity Fair
“At the end of the day, it’s the photographer who drives it all…” A generous look behind the scenes with Vanity Fair’s long-time photographic visionary, Susan White. 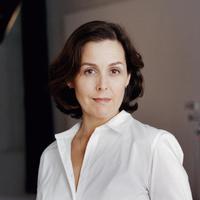 As Photography Director at Vanity Fair, Susan White is the architect behind the magazine’s visual design. White first joined Vanity Fair in 1988 and played an integral role in developing the visual brand of the magazine. Widely considered one of the most distinguished photo editors in the industry, she has received numerous awards for her work; in 2005, she was named “Photo Editor of the Year” at the Lucie Awards, and she was also selected as one of the top 100 influential names in photography by American Photography. We’re thrilled to have Susan White as a member of the jury for the LensCulture Portrait Awards 2017 (deadline for entry is March 7 at midnight, Pacific Time).

Over the course of her long career, White has worked with some of the most renowned photographers working today. Below, she offers us a behind-the-scenes glimpse at how she assigns photographers for shoots, the elements behind a powerful portrait, and the necessary “alchemy” behind a successful project.

LC: Apart from a short hiatus, you’ve been at Vanity Fair since the late 1980s. What is special to you about Vanity Fair? As someone who has shepherded the magazine through more than two decades of history, how have you seen the photography in Vanity Fair evolve over time? What has stayed constant?

SW: Maintaining visual consistency has been important to us over the years. At one point, we had contracts with some of the best active photographers to ensure that we had steady access to the great talent that best reflected our editorial direction.

The bottom line is that we want an interesting photo, not just a beautiful one. One of our goals is not to look like everyone else, which has become increasingly difficult.

LC: Small world—I recently interviewed Mark Seliger [a long-time Vanity Fair collaborator] for another feature on our site! He gave us a behind-the-scenes glimpse at a cover shoot from the photographer’s perspective. As Photography Director, what is your role in the creative process behind a photo shoot? Can you walk us through your side of things? Perhaps choosing a recent, particular shoot to help ground it in specifics…

SW: My job is to oversee the visuals for every story we run in the print edition and to manage the Vanity Fair photo department. I have been very lucky to work with such a strong department—we are a mix of photo producers (who handle all of the photo shoots, from covers to contributors) and seasoned photo research editors who pull together the extraordinary existing images we publish. We’re a tight-knit group.

Back to your question, though. One of my key responsibilities is to consider and assign the right photographer for a shoot. Sometimes we discuss it, but sometimes I just move forward with a decision I know feels right. Bringing the right personalities together to create something visual takes a bit of alchemy. When you know you’re shooting a difficult (or reluctant) subject, it’s especially important to have the right photographer walk onto the set—they need to have the right mix of temperament and talent. Usually, I will have a creative discussion with the photographer and producer in advance of the shoot, and we supply the photographer with as much information as we can. No one walks into our shoots without a thorough prep (though some of our photographers are so seasoned that they need very little instruction).

Our subject matter is so varied that there is no one approach. A cover shoot has a team that works together on the creative side, including our Editor-in-Chief, along with the fashion and creative directors—those more elaborate shoots are very much a group effort. But at the end of the day, it’s the photographer who drives it all. We also provide plenty of background and reference on our subjects and—for the more glam shoots—inspiration ideas.

Since you mentioned Mark Seliger, let’s talk about his approach. The first thing to know is that Mark is a walking treasure trove of ideas and a great open-minded collaborator. He’s interesting and fun to work with. He and I have plenty of back-and-forth prior to the actual shoot, and he often texts me samples from the set (usually when he is really thrilled with a shot). I love getting a peek into what’s happening if I can’t pop by. The producer, however, is almost always on set to ensure a smooth process; he or she will step in and guide if the visuals look like they may be going a little off-piste. This usually doesn’t happen with photographers we work with regularly, like Mark, but certainly can when we are trying someone new. Having someone on set who understands what’s at stake is critical.

LC: What are some of the most personally rewarding aspects of your position as Photography Director?

SW: Developing talent is important to me, whether it’s a new photographer or a budding producer. I like to give people in my department plenty of stake in what they are working on. And I make an effort to ensure credit is given where it’s due.

LC: In your opinion, what makes a powerful portrait? How do you (and the photographers you work with) convey a subject in an original, memorable way?

SW: For me, there are two important people on set: the subject and the photographer. What happens between them is key. Everything else—sets, props, creative directors, producers—are only there for support.

I would also say, though, that style and related details are important, even if it’s a “real” person. But we always try to bring out a subject’s authenticity, even when we are plastering them with glam elements. I think the good relationships we’ve built with our subjects and photographers over the years allow for unique work—our subjects are more open to the idea of doing “something special for Vanity Fair.” That’s a phrase I hear often.

LC: I heard you’re a proponent of the idea that every overnight success is a result of ten years’ hard work. What would you say to photographers who are at the beginning of their ‘ten year’ journey? What advice would you offer them?

SW: Work hard, say yes, be nice, keep your costs low and find your people. Also, stay inspired. Photographers are visual artists—they shouldn’t forget that, and neither should we.

LC: You have worked with some of the biggest names in photography—Annie Leibovitz, Herb Ritts, Mario Testino and Steven Meisel, to name a few. What advice would you offer photographers who dream of shooting portraits for publications like Vanity Fair? What do you look for in photographers that you hire/commission for photo shoots?

SW: It’s true that I have been incredibly lucky in terms of who I have been able to work with. When it comes to looking at new work, I try to stay open-minded because there can be great beauty in a style that might not fit into what we’re doing at a given time, but we are always evolving. In general, I am quite interested in meeting new artists and seeing their work, but doing so requires time, which is always a challenge! That said, Vanity Fair is a magnet for photographers, which allows me quite a bit of latitude in terms of that process.

I think the worst thing that can happen after I hire someone new is for them to tell me they want to shoot a “Vanity Fair picture.” That’s not what I want! I only ever want their picture, the image that only they can create.

LC: Similarly, having interacted with some of the great legends of photography, I’m curious to hear what are some of the common traits you have noticed when working with these individuals. Did you learn things from them or observe qualities that you think would be valuable for aspiring photographers to emulate?

SW: I don’t think there is a common trait other than that they all work very, very hard and the best ones really try to stay true to their own vision. I know it’s a cliché to say that—maybe “artistic integrity” is the right term to use. But they have a recognizable style, and the discomfort is obvious when you ask them to do something against their grain (it’s almost impossible for me to do, at this point).

Top-level photographers are not casual about the profession they have chosen—they have tremendous staying power for a reason, and they all produce unique and interesting work, each in their own way. Though I will say this—after a while, they all start to have a natural glamour. Some of the mystique they create for others seems to attach to them as well. Oh, and they are ALL unfailingly reliable.

LC: What is something that all photographers should be aware of when submitting their work to competitions or for review in general?

Editors’ Note: The 4th annual LensCulture Portrait Awards are now open for entries! Susan White will be judging entries, as will editors from the New Yorker, National Geographic and the rest of the world-class jury. There are also a number of other great awards. You can find out more about the competition on its Call for Entries.