Impossible Installations
Fueling their artistic practice with a deep commitment to innovation, Ukrainian duo Synchrodogs’ latest project takes their dreamlike aesthetic to new terrain through a collaboration with Artificial Intelligence. 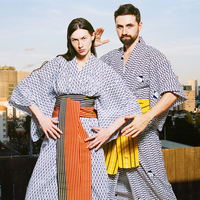 Ukrainian artists Tania Shcheglova and Roman Noven have been working together as the multidisciplinary duo Synchrodogs since 2008. After meeting as strangers on a website for photography, they soon found they had mutual ground in tastes and ideas, and over the next few years they developed a unique and fantastical visual universe between them.

Using the natural world as their backdrop, they create kaleidoscopic interventions with human bodies, mirrors and paint, activating a bewitching optic friction between humans and the environment. From moments of almost impossibly sublime and verdant beauty to silvery figures shimmering amidst lunar landscapes, each of their images evokes another realm—one existing somewhere at the edges of consciousness, or tumbling from those last few moments of reverie before waking from a dream.

When the war in Ukraine escalated at the beginning of 2022, Synchrodogs were already abroad working on a project, and so they haven’t returned to their home country since. Being displaced overnight was unexpected, they say, but they’ve kept proactive by organizing print sales and gathering funds to help their fellow Ukrainians through their social media. For now, they have settled in New York, and it’s from here they speak to LensCulture about their newest endeavour. While rooted in the act of image-making, the duo have always experimented with any and all mediums available to them. True to form, then, their new project, Impossible Installations, is an ambitious reimagining of what it means to make images, explored through a collaboration with Artificial Intelligence.

Joanna L. Cresswell: Tell us a bit about your collaboration to set the scene—when did the two of you start working together, and what sorts of themes do you like to explore?

Synchrodogs: We started working together 15 years ago. Over the years our art has evolved, changing genres and mediums, using different tools and instruments, but the main topic has always remained the same—the connection between humans and nature.

JC: Seeing as you experiment with so many other mediums, why has photography always remained so pivotal to your practice? What do you love about this medium?

S: We consider ourselves fine artists with an ever evolving practice driven by innovation in art. This can include any medium that our ideas require: photography, land art, installations, drawing, digital art, AI-based work. Mixed media gives much more freedom for creativity—you don’t put boundaries on yourself by saying that you only work with photography or painting. For us, experimenting with media is a way of inventing new paths; it is like having ten doors opened at once, instead of just one. With photography, what we love is that it is a physical experiment every time.

JC: So, on the subject of innovation, tell us the story behind your new series Impossible Installations—what inspired it and when did it begin?

S: For many years Synchrodogs were making installations in wild nature which were meant to live for one day only. So we would take a photograph and then disassemble them, simply because they did not belong in nature. These installations represented how artificial materials merge with the natural world over time, influenced by humans invading territories that were meant to be wild. They also represented the new ways the Earth begins to look as a result of human intervention into environmental processes.

At some point, we caught ourselves thinking about some global installations we would love to give life to, but that are impossible to make, and that is how Impossible Installations appeared. Artificial Intelligence helped us create these images, while Synchrodogs’ photography style was encoded into the process. For us, AI is just one of the instruments we use. The idea is always the main thing, and the tools are secondary. If you use them wisely they can reinforce the idea.

JC: What interests you so much about the relationship between humans and technology?

S: The possibilities. The excitement before the unknown. Innovations that are only starting to be uncovered. As with anything in the world, progress can be used for good and for bad, and we, as visionaries, clearly see how it can be used for the better. We have a master’s and a specialist degree in technology and we based ourselves in Boston—a centre for technological developments—for a while too. From the moment we arrived there we began working on concepts that merged art with science.

JC: Can you describe the process you developed to create the pictures in Impossible Installations—in what ways did you utilize AI? How much planning could go into it, and how much was left up to the rhythms of chance?

S: When we were working on Impossible Installations, we tried plenty of experiments and used several methods of experimental photography to train the AI. For the first one, we ran our photographs and collages through the AI many times over to achieve a hyperbolized effect which deformed each abstract sculpture and composition to a whole new level of distortion every round. The other method was a very detailed and descriptive one, with AI having to respond to a very precise text request, with Synchrodogs’ land art photography style coded within it. The project consists of nearly 70 works total in total and there are three different AI tools involved in the process of our AI practice.


JC: The images you’ve created here feel epic and otherworldly, like scenes from a sci-fi movie, full of gloopy, alien-like substances and epic, futuristic structures. What sort of atmosphere did you want them to have?

S: We wanted them to feel surreal and impossible, because all of our art exists on the edge between the real and the surreal. We are highly inspired by our own night time meditation technique that we have developed over the years—it helps us to extract and crystallize ideas to be staged at a later date.

JC: Impossible Installations has involved a new way of working for you—how does it fit into your practice at large?

S: It is a logical continuation of our artistic practice in general, which is always about the relationship between humans and nature. And in our understanding nature is the universe; it is the most mysterious and undiscovered terrain that includes everything that exists around us. We are very intimately connected with the rest of the universe in a very practical way. Our bodies actually contain atoms that were forged in stars. Thinking about the enormity of the evolution of life in the universe makes us think of far-reaching projects more and more.

JC: With that idea of inconceivable enormity in mind, what do you want people to take away from this work? What story do you want it to tell?

S: We want people to realize how vast the universe is, and how much exists out there that is unknown. We are on the verge of huge scientific discoveries, every year we know more and more about the structure of the world, and we are constantly updating our fundamental knowledge with more details, like solving a puzzle to know the true nature of time or the mysteries of cosmos. So we could say Impossible Installations symbolizes the anticipation of a ‘New World’ to some extent.

JC: Outside of your personal work, you are also very successful as image-makers in the worlds of fashion and commerce too, having worked for brands and publications from Burberry to Vogue. How do you go about translating your visual style into commissioned work? What elements of it do you take with you, and how do you remain authentic?

S: We try to always be sincere, and that means trusting our vision and ideas. When it comes to commerce we understand that it should be a kind of a middle ground between artist and client, so we perceive it as an exercise for the brain where we have to create something corresponding to both the aesthetic and vibe of the brand and us. So here the key is always transparent communication. We literally make collages with ideas for every commercial client so they know what the final project will look like. There should be no surprises—a brand should feel safe while we are on the way to creating something extraordinary and innovative with them.

JC: What have been some of your favourite commercial commissions?

S: We loved working on all the advertising campaigns for the brand Bimba Y Lola. Over the course of six years we shot 11 campaigns for them in total. We call them our Spanish family, not to mention how great their designs are. It was also very interesting shooting Maye Musk for the cover of Vogue Czech, and we also enjoyed our creative collaboration with Burberry, who are a very open-minded team. Now we are open for commercial work in the USA.

JC: Elsewhere in the realm of new advancements in image-making, you’ve also recently begun making and selling NFTs. It’s interesting because there are still so many artists who are sceptical of their worth and longevity, so I wonder what made you decide to give them a go?

S: We don’t want to stay ignorant. We have to acknowledge that innovation is already here; we are living in a world that is totally different to what it was ten years ago. Imagine how different it will be again in 2033! We believe that in the coming years cryptocurrencies will be totally adapted and incorporated into everyday life, and NFTs will be widely spread and known to pretty much everybody. It’s very early days now, but digital art is becoming accepted and acknowledged by the world’s biggest art institutions already, including by the Saatchi Gallery, Sotheby’s, Christie’s—even MOMA has announced the start of a big digital collection. We believe that if the ways to show art change, then the art world should adapt and accept these new things for the better. Basically, both the traditional art community and the NFT community should merge more and share what they have with each other. Times change, and art changes too.

At this moment in time, we have work on platforms like SuperRare and Foundation. Some of our collections are already sold out, and some are one work away from selling out. It takes time to know the community, and in web3 (also known as Web 3.0) community is the driving force—friendships and connections matter, and all transactions are transparent as they are happening on the web. This means it is a slightly different world, but so far we are enjoying it a lot, and it is truly helpful and supportive.

JC: Finally, what would be a dream project for you?

S: Every project we work on is based on the dreams we have at night and we code our energy into all of them, radiating a positive message out to the world. We have a lot of ideas and are always looking for friends, like-minded people and collaborators who resonate on the same wavelength and bring our ideas to life.