Interview
500 Years of Magic, Mysticism and Ritual in the Forests of Norway
Picked by juror Alec Soth in our Magnum Photography Awards, this series captures the unique culture of the Forest Finns, a people defined by their connection to nature and a set of beliefs rooted in shamanistic tradition.

500 Years of Magic, Mysticism and Ritual in the Forests of Norway
Picked by juror Alec Soth in our Magnum Photography Awards, this series captures the unique culture of the Forest Finns, a people defined by their connection to nature and a set of beliefs rooted in shamanistic tradition. 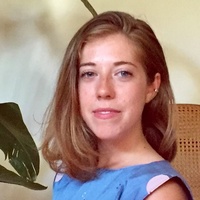 Finnskogen—directly translated as The Forest of the Finns—is a large, contiguous forest belt along the Norwegian-Swedish border in Hedmark/Värmland, where farming families from Finland settled in the early 1600s. The immigrants—called Forest Finns—came mostly from the Savolax region, which lay close to the Russian border at that time.

The Forest Finns were slash-and-burn farmers. This ancient agricultural method yielded plentiful crops, but required clearing large forested areas, as the soil was quickly exhausted. In fact, it was a scarcity of natural resources in their native Finland that forced the first wave of migrants over the border. Fueled by failing crops and war, the Forest Finns needed new land to cultivate.

Many of the migrants went southwest and tried their luck in the wilderness. In the following decades, they spread across the forest areas of Scandinavia in search of land with the best and highest-density spruce. The journey was an essential part of their existence, as mobility was necessary to continue their slash-and-burn practices.

The Forest Finn culture, as it was four centuries ago, no longer exists. Yet more and more people feel a connection to it. Today, the Forest Finns are recognized as one of the national minorities in both Norway and Sweden. There are no statistics on their numbers; in fact, the only official criterion for belonging to this minority is that, regardless of your ethnic origin, you simply feel that you are a Forest Finn.

The Forest Finns’ understanding of nature was rooted in an eastern shamanistic tradition, and they are often associated with magic and mystery. Rituals, spells, and symbols were used as a practical tool in daily life; one that could heal, protect, or safeguard against evil.

This photographic project draws on these beliefs while investigating what it means to be a Forest Finn today, some 400 years and twelve generations later. I am looking at what remains in a time when the 17th-century way of life is long gone and their language is no longer spoken.

LensCulture: Your images from “Slash and Burn” have a mythical, fantastical feeling. Did you move towards this “look” gradually, as you worked, or was it conscious from the start? Once you were sure you wanted the series to have this aesthetic, how did you achieve it with consistency?

Terje Abusdal: The visual approach to the project definitely developed along the way. In the beginning, it had a much more straightforward visual language, so to speak. Over time, it slowly evolved to include more conceptual methods such as staging and physical interventions in the photographs. When I look at it now, it feels like this is the way that it was always meant to be—but of course I know that that is not true. Perception and memory adapt as we move along, so it is difficult to see it with “old” eyes.

This change was a result of time spent with my subjects and learning more about the Forest Finns’ history. My vision of them shifted as I became increasingly interested in the shamanistic understanding of nature they had brought with them from the east. They believe that all things, living and dead, possess a spirit and therefore can be communicated with. I have tried to translate these elements of spirituality into my photographs, in an attempt to create a kind of Narnia, a magic world, in which the idea of the Forest Finns inhabits.

In terms of consciously trying to achieve this look, I worked a lot by gut feeling and used this also as a guideline during my editing. I have a lot of images that never made it, mostly because they did not fit the visual language that had developed by the end of the project.

Lastly, I should mention that I did an ISSP Masterclass with Aaron Schuman where I worked on this project. It would never have arrived to where it is today without the input and advice I received during that class.

LC: Why were you drawn to document the Forest Finns initially? What intrigued you about them?

TA: A lot of people have asked me why, and I always have a hard time answering. I am not from there and, as far as I know, I don’t have any ancestors from the area.

However, during a gathering of the Norwegian Dowsing Association, where I photographed in the Forest of the Finns, I was asked by one of them why I was so interested in their culture. When I could not give an answer right away, he turned away and quietly consulted his pendulum. Moments later, he told me it is because I was, myself, a Forest Finn six lives ago. So perhaps that is where it comes from! I like to believe that there is some sort of divine reason for why I do what I do.

If for no other reason, then I would say it was the mystical qualities of the forest and the shamanistic elements of the culture that brought me there in the first place.

LC: “Slash and Burn” includes several striking portraits. They add so much to the series. Can you talk about how you decided to shoot your subjects? Did you pick the people you wanted to photograph beforehand, or did the images come about spontaneously? What do you think they add to the series?

TA: I started out in the small town of Svullrya, which is considered by many the ”capital” of the Forest of the Finns. It is also the place where the Forest Finns first settled in the early part of the 1600s. The culture is very alive here, and there is a strong sense of identity with the past. I concentrated mostly on the people who define themselves as Forest Finns and who live around this area.

Most of the images came about through knocking on doors or finding people I had read about in the local newspaper. Word of mouth helped, too—many people suggested that I visit one person or another. It was not so difficult to find people willing to be photographed. Most Forest Finns today wear their heritage like a badge of honor and they love to talk about it. The portraits are very important in the series, because in the end, being a Forest Finn is more a state of mind rather than a set of defined characteristics.

LC: The image of a line of fire across the snowy landscape is so arresting. What were the circumstances behind that photo?

TA: This picture was taken on the border between Norway and Sweden, a good hour’s walk uphill from the road where I had parked my car. The clearing in the forest, which you see in the middle, runs along the entire border, which is over 1,500 km long. It was November, and the first snow had arrived.

I had planned to take the image around midnight, as the position of the moon at that time would light the scene perfectly. Unfortunately, there was a heavy fog when I got there and I had no choice but to wait for the conditions to improve. The night was cold, and there was a ruthless wind blowing, so I was not sure how long I’d be able to last. Plus, this area has wolves and I was there alone. They are not dangerous for people, but your mind starts playing tricks on you in the forest at night, especially when you have nothing to do but stand around.

So from time to time, I screamed out a loud ”hello!”—you know, just in case. I was about to call it a night when the fog lifted and I was able to take this frame.

In the series, I used certain elements of the Forest Finns’ cultural heritage in order to visualize the past. In this case, I used fire that wandered west, from Sweden into Norway, playing on their history of slash-and-burn farming and how they migrated into this area following the flames.

LC: What do you hope your audience gains from looking at your images? What do you want us to take away from your series?

TA: I think the most interesting thing about this project lies in trying to answer this question: what is a Forest Finn? In fact, the only official criterion for belonging to this minority is that, regardless of your ethnic origin, you simply feel that you are a Forest Finn.

This is not only about the Forest Finns, who today are considered a national minority in Norway. It incorporates a bigger story of migration, identity and belonging. In the Norwegian language, we use the terms 1st, 2nd, 3rd and 4th generation immigrants. But at what point does one stop being one thing and become something else? Is it biology, our blood, philosophy or history that decides where we belong?

Nationalism and the notion of “us and them” is on the rise seemingly all over the world. In the face of this, I think it is important to remind everyone that we all come from somewhere else. I’d like viewers to stop and think about that universal truth.

LC: Who were your influences as you started shooting the series? Did those inspirations shift over time?

TA: My first inspirations were Alec Soth and Bryan Schumaat. Once I realized that the series was becoming more experimental, I took inspiration from Stephen Gill—particularly his work Hackney Flowers.

LC: You were Alec Soth’s Juror’s Pick in the Magnum Awards. Do you see why Alec was drawn to your work? Were you surprised to be chosen by him? Do you feel a sympathetic energy between his vision of the world and yours?

TA: As I mentioned, I am a big fan of his work, so I was very happy to be chosen by him. And yes, I was very surprised! His work is all about disconnection while mine is mostly about belonging. I am just guessing here, but perhaps we both have tried to create a photographic universe with characters—maybe that is what tickled his imagination?

Editors’ note: Abusdal’s project was a juror’s pick in the Magnum Photography Awards 2017! Discover more inspiring work from all 41 of the winners, finalists, and jurors’ picks.