Feature
Living On the Fringe: Contemporary Social Documentary
“These people may be listless and lost, but they matter just as much as anyone we know. By showing the unseen, Zielony confronts us with the neglected reality that we, now, must try desperately to acknowledge and even change.”
Photographs by Tobias Zielony
View Images

Living On the Fringe: Contemporary Social Documentary
&#8220;These people may be listless and lost, but they matter just as much as anyone we know. By showing the unseen, Zielony confronts us with the neglected reality that we, now, must try desperately to acknowledge and even change.&#8221;

Although Tobias Zielony has become one of Germany’s most talked-about documentary photographers, he remains a relatively unknown name on the world stage. But spend some time with his images, and you’ll find a fascinating portal into the darker sides of Europe’s fringe communities and a profound storytelling voice that reveals him to be an important, emerging figure.

While studying Documentary Photography at the University of Wales, Newport, Zielony was first drawn to “anti-social” youth culture in Britain. In shady Bristol car parks, his series Car Park captured listless young Brits in a desolate urban landscape, his images reflecting on their less than fortuitous backgrounds.

Since then, Zielony’s projects have covered ever-wider territories, both in their geography and their documentary scope.

His Curfew project connected with the lives of young Liverpudlians, showing the destructive boredom arising from a youth spent in one of England’s poorest urban areas. Dustbins are turned into bonfires against a backdrop of council estates. Young men stare blankly, sometimes aggressively. A couple make rough love in the open daylight of a meadow. Throughout the project, we are confronted with the uncomfortable truths about poverty in the developed world, the raw nature which Zielony appears to capture with ease.

In more recent projects, Zielony has integrated himself with some of Western Europe’s fringe communities - something like a modern-day Hunter S. Thompson. In 2009-10, Vele saw him explore a northern segment of the population in Naples, Italy. Stacked and sparsely decorated blocks of flats stand tall in the eerie night; locals appear invariably weary and on edge.

His 2013 project, Jenny Jenny, saw Zielony spend eighteen months living closely with sex-workers in German capital Berlin. The depth of experience he uncovered while there is hard to match. The expressions caught on the faces of these women go far beyond disillusionment — their pain and emotion ran much deeper. Their humanity, revealed through such intimacy between artist and subject, transcends the lingerie, the street corners, the underlying anxiety to express the truly brutal impact of prostitution on the women involved.

It is not only the intimacy that makes Zielony’s work so moving, but the subtleties used to invite us into his world. Bleached, cold colours—incandescent street lighting, the paleness of malnourished skin—often impress upon us the bleakness of each story. Hostile environments and shoddy housing combine with the creases and contortions of individual faces to deliver an undeniable sense of place and character. With looming and immovable concrete constructions surrounding their inhabitants, Zielony enables us to realize that such situations are unlikely to change without intervention.

But Zielony has only shown evidence of a few of the thousands of isolated and forgotten communities in our immediate surroundings. The ever-lingering threat of crime, violence and tragedy—with an estranged sense of human beauty despite it all—makes his work truly profound. These people may be listless and lost, but they matter just as much as anyone we know. By showing the unseen, Zielony confronts us with the neglected reality that we, now, must try desperately to acknowledge and even change. 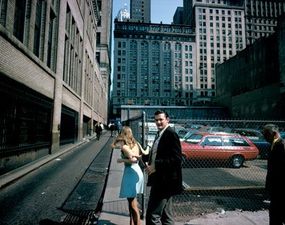 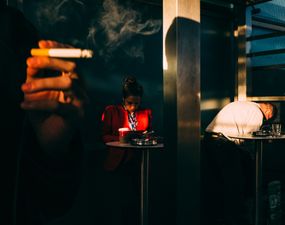 iN-SiDE: Hidden Moments of Daily Life
Giacomo Vesprini
Searching for those magic frames in the surrounding world; in the photographer’s words, “It’s important to look for something distinct in daily life—something that is hiding and reveals itself just for a moment.”

Bread and Circuses: Dubai’s Extravagant Contradictions
Nick Hannes
What is it like to photograph in one of the world’s most exclusive and PR-conscious cities? A former photojournalist speaks about using a slower documentary approach to pierce into the “parallel world” that is Dubai. 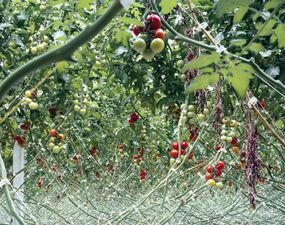 Shadows of the Gullah Geechee
Pete Marovich
For hundreds of years, the direct descendants of enslaved Africans have kept alive their unique cultural traditions in the southeastern United States. Despite bondage, a Civil War, segregation, the community thrived—but today, a historic way of... 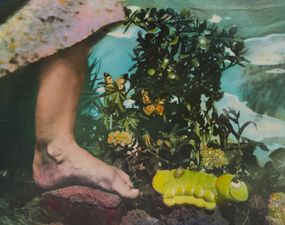