Book review
Khrystyna’s World
Why should a sequence of photographs have to conform to a conventional narrative structure—how else can images work together? Todd Hido, a master of the photobook, investigates in his latest collection.

Khrystyna’s World
Why should a sequence of photographs have to conform to a conventional narrative structure—how else can images work together? Todd Hido, a master of the photobook, investigates in his latest collection.

Todd Hido’s new book conjures up a fictional zone populated by multiple versions of the same model. Like Cindy Sherman, Khrystyna plays different roles, a succession of female archetypes. She’s innocent, then dangerous. A victim, then a threat. A beehived blonde bombshell. Vulnerable, damaged, her tears have ruined her mascara. But now she’s standing naked with a gun.

These images are allusive and fragmentary, inviting the viewer to reconstruct their own sequence of events.

It’s a seductive fantasy world that looks like movie sets and locations, maybe stills from film noir, using props and costumes to suggest a quintessential post-war America. A clever, knowing pastiche, an imported, secondhand glamour. Even the book’s title page looks like a b-movie title screen, with Hido the director.

The scene of a car crash kicks things off. Everything here is vintage, 1940s/1950s, like a crime reporter’s shot out of Hollywood Babylon or further echo of Warhol’s repetitious car crashes. Is this where a glamorous movie star, maybe Jayne Mansfield, met her death?

A car prowls the streets of a small town after dark. It’s raining, or snowing. A motel by the woods at night. Are we seeing through the eyes of a detective on a case or a killer on the loose? Shades of David Lynch in Blue Velvet, Twin Peaks, Lost Highway.

An interview conducted with Todd Hido at Unseen Photo Fair in Amsterdam.
Video shot and produced by Esra Sakir.

There seems to be an increasing tendency towards using photobooks to construct narratives. Sequencing photographs correctly in a book comes to mean telling a coherent story. But why should a sequence of photographs have to conform to a conventional narrative structure? How else can images work together? As fiction of a different kind?

The use of characters and locations in “Khrystyna’s World” hint at a narrative in there somewhere, but it feels less like a storybook than a collection of loose photographs found in a box, maybe an old unsolved police case. These images are allusive and fragmentary, inviting the viewer to reconstruct their own sequence of events.

Playing the detective, questions are raised: who took these images? One photographer or many? So many different techniques are at work. Low light, motion blur, flash, polaroid, retro. As Khrystyna plays many characters, does Hido play many photographers? Between them the model and the photographer construct each other’s personas. She dresses up for him, but do her clothes, hairdo and pose insist on a certain photographic style of his? Together they play with simulacra. A game of dressing up and acting out. Khrystyna’s and Hido’s world intertwine…

Editors’ Note: Khrystyna’s World was published by Reflex Gallery in Amsterdam. Visit their site for a complete PDF preview of the book.

To read more of Jack French’s writing, be sure to visit his site where he reviews photobooks, exhibitions and photo events around the world. 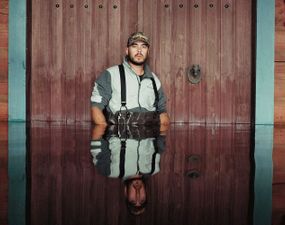 A Picture of What Is to Come: Our Drowning World
Gideon Mendel
A globally-minded “struggle photographer” takes on the most pressing issue of our day—climate change—in this stirring installation of portraits, landscapes and found photographs. 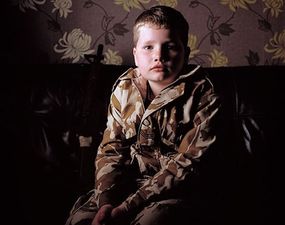 I Belong Jarrow
Chris Harrison
Chris Harrison’s new photo book explores his industrial hometown in Britain, seen through the eyes of an expatriate. 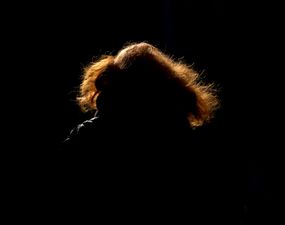 Lines
Oriol Llauradó Ballesta
“When I started this project, I asked myself: Could I photograph individuals without substance, without identity?” A series that questions the traces, even scents, left behind in a street photograph. 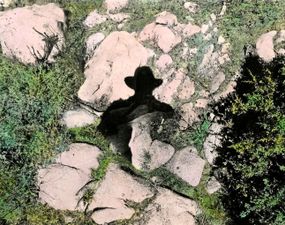 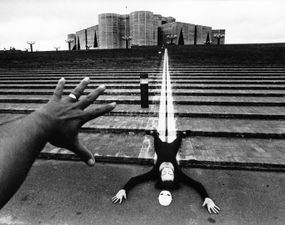 Chobi Mela VIII: Bangladesh Photo Festival
Chobi Mela
This long-running festival’s 8th edition will revolve around the theme of “Intimacy”—over 30 photographers from 22 different countries have contributed their work, providing a fascinating glimpse into the established and... 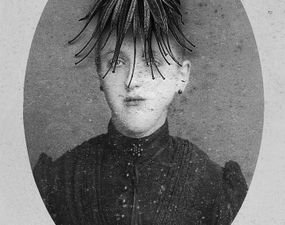