Book review
101 Pictures
Dipping into an archive comprising over 30 years of work, many of these 101 photographs pay tribute to Tom Wood’s mastery of color street photography and his love of humanity in and around Liverpool and Merseyside.

101 Pictures
Dipping into an archive comprising over 30 years of work, many of these 101 photographs pay tribute to Tom Wood’s mastery of color street photography and his love of humanity in and around Liverpool and Merseyside.

Most of the photographs in Tom Wood’s recent book, 101 Pictures, were made in Merseyside, both in Liverpool and Wirral. The images were selected by Martin Parr, and this beautifully printed book of both colour and black and white photographs, shows us what a great portrait artist Wood is.

With pictures ranging from the visceral affinity with club goers in the flash-lit sensual underworld of New Brighton’s Chelsea Reach to the intensities of the more formal face on portraits of people he has got to pose for him on the street or in cafés, the book is especially poignant at this time. With so many social relations distanced or mediated, it speaks to what we have lost and long for.

Wood is an artist who is genuinely interested in the people he photographs and many of the pictures testify to the rapport that he has struck up with them, and not just fleetingly. Two early pictures in the book, made fourteen years apart, set its tone—a portrait of a girl in her teens in a red dress and top against a pale blue wall is paired with a picture taken when she is a mum in her early thirties, together with her young daughter. The little girl also stands against a pale blue wall but it shifts to a band of orange above the brick behind her mum who has crouched down beside her.

The two pictures draw upon the striking family resemblance, played out between mother and daughter both in one moment and across time. Many of his pictures are about bonds and ties, about relations and affinities between people: at the market, at the nightclub, travelling on buses, waiting for the ferry, at work, at the football, or being cared for in the last stages of life.

The photographer lived in Wallasey, “over the water” from Liverpool, when he made many of these photographs, the majority of which date from the 1980s and 1990s. Wood does not drive; he walks, travels on the bus, the ferry, or as a passenger in a car, and therefore is always able to photograph. He is in many respects the total photographer, in that he is rarely without a camera. This book, like many of his others, is just a sampling from a massive, ever-evolving archive of hundreds of thousands of photographs.

The pictures are free from judgment or commentary and Wood prefers not to have them described as documentary. He is interested in how they formally work as pictures: it is a particular aesthetic he finds in the world and that the photograph reveals that he is preoccupied with. They are very much about looking, about perception. We can see that the people pictured represent a certain economy and class, but his pictures are not determined by a social agenda and are free from clichés of depictions of urban spaces as sites of anomie and alienation. His photographs are drawn from his immediate environment, the people he lives among. The focus is on people who are very much present and presence is a good way of describing what his portraits possess, the sense of people being there, not blank, not disengaged, but very much there to be pictured.

I asked him whether we can take the kind of pictures he took in the 1980s and 1990s now. Has the situation changed? Is this a lost moment? But as he reminds me, Merseyside was “a tough place then.” It was not an easy place in which to take photographs. People with cameras were often under suspicion. It was only by photographing in the same places day after day that people got to know him and began to understand what he was doing.

Very often he would send pictures to the people he photographed. Sometimes he even took their wedding photographs. His pictures entered the lives of their subjects, and were not apart from them. Talking about one of his portraits, he speaks about how the person photographed “gave” him something in allowing him to take their picture. The sense that his subjects gift him something speaks a lot about his approach to portraiture and explains why he felt the need to go to the trouble to give them their picture in return.

In the book’s first formal portrait, the title Titian Mother calls attention to the beauty and grace of this young mum as she holds up her baby, both looking out of the picture. The lighting is gentle and softly illuminates their skin. They are radiant in this tender moment, lifted out from the clutter and bustle of the café around them. In a picture on the ferry terminal another young mother and child pose. She is standing facing the photographer, in pink shorts and top and bright pink high heels, and in a striking gesture of love and attachment has put the baby’s cheek to hers.

In a remarkable black and white group portrait, Our day out, two mothers, who look like sisters and with ten young children between them, two in pushchairs, all in light summer wear, come together and pose for the camera from the street. They happen to be standing against a rather ugly, stained brick wall. But the backdrop doesn’t matter. Their being transcends their context.

Not all are so formal. In an expansive photograph taken at an institution, an old man is lying in a fetal position on the green carpet, seemingly oblivious to what is around him. Beside the man on the floor an elderly woman in a chair is having her hair combed by a nurse and behind him are two seated elderly folk, one of whom has bent over to pinch the leg of the other who is grimacing.

In the book this picture is preceded by a spread showing teenagers larking around at Liverpool’s ferry terminal. Space is integral to both pictures, broad interior views with a lot going on in them. The juxtaposition is powerful. In a striking formal correspondence with the old man curled up on the carpet, one of the kids is also on the floor. But he is rolling about, breakdancing, which explains the double cassette deck on the bench behind him.

As well as signalling the joy and pleasure of this time, the title Sweet dreams (new dresses and heels) calls attention to the matching outfits of the two girls in the picture, one embracing her boyfriend and the other hovering behind the dancing boy. It is a busy, lively picture. Another boy runs into the terminal from the left, the splayed fingers of his right hand providing a subtle echo of the foreground detail of the breakdancing boy’s hand as it is caught in the sunlight, and doubled by its shadow. To take such a picture meant Wood had to be there for some time. The kids are easy with his presence.

All the pictures in the book were edited by artist Padraig Timoney and Wood is quick to credit that the pairings and relationships between pictures is not down to him. The shift from a scene showing the antics of the young to the elderly might seem obvious but it works—editing extends the correspondences of elements within single pictures to affinities between photographs, paired side by side, or preceding and following one another. Timoney has edited Wood’s work before; their collaboration is an important and longstanding one. There is something appropriate in the way Wood will entrust his pictures to others. The openness and generosity integral to the making of many of his pictures continues with the collaborations integral to the production of his books.

Light is integral to the sensuousness of many of the photographs in this book. Take, for example, the group portrait in which patches of sunlight partly illuminate four young people as they eat chips and beans at the seafront. The picture is poised beautifully between areas that are lit up, high key, and those in shade. It is a soft not harsh tonal shift that holds the picture, makes us interested in the beauty of this moment among these people. No matter how ordinary and unexceptional this moment may be, Wood’s way of picturing makes it special, gives it value.

In titling many of his pictures he often draws upon an ordinary speaking voice. Sometimes the titles are taken from how other people have identified what is going on in the photograph, or what is being said by the people in the picture. For example, the picture of old people in an institution is given the title “I’ll do you hair and get you looking nice”. The title draws attention to the nurse and the elderly woman in the chair and away from the man curled up on the floor and the horror and sadness of his state.

In a depiction of people at Tate Liverpool for the opening of its Gustave Klimt exhibition, the book’s last picture and its most recent, from 2008, brings in a different situation and context. In The Final Thought… Champagne PV Tate, five people stand apart looking towards and contemplating an artwork out of the frame of Wood’s picture. With this view of a different class and in addressing the act of looking at art, the photograph could be seen as an acknowledgement of one of the inevitable contexts in which this book and Tom Wood’s photographs circulate. But at the same time, for those who have gone to openings of his shows, always abuzz with people, it is far from the kind of reception his photography usually receives.

In the Tate picture, people are totally wrapped up in their thoughts. It is very much a picture of absorption and detachment, each person evenly spaced out within the interior, their sobriety of behaviour matched by their dress, which is echoed in the browns of the gallery space. Even the three Klimts displayed on the wall behind them seem to suit the colour and mood of the scene. But this is not all. A sixth figure to the left of the photograph breaks the stasis and appears to have clocked the photographer, or is certainly looking his way as he moves away from the static viewers. It is a small but vital disruption, a little moment of release from this more rarefied cultural realm and a small sign of the animation and sociality that is otherwise central to Wood’s pictures of people. 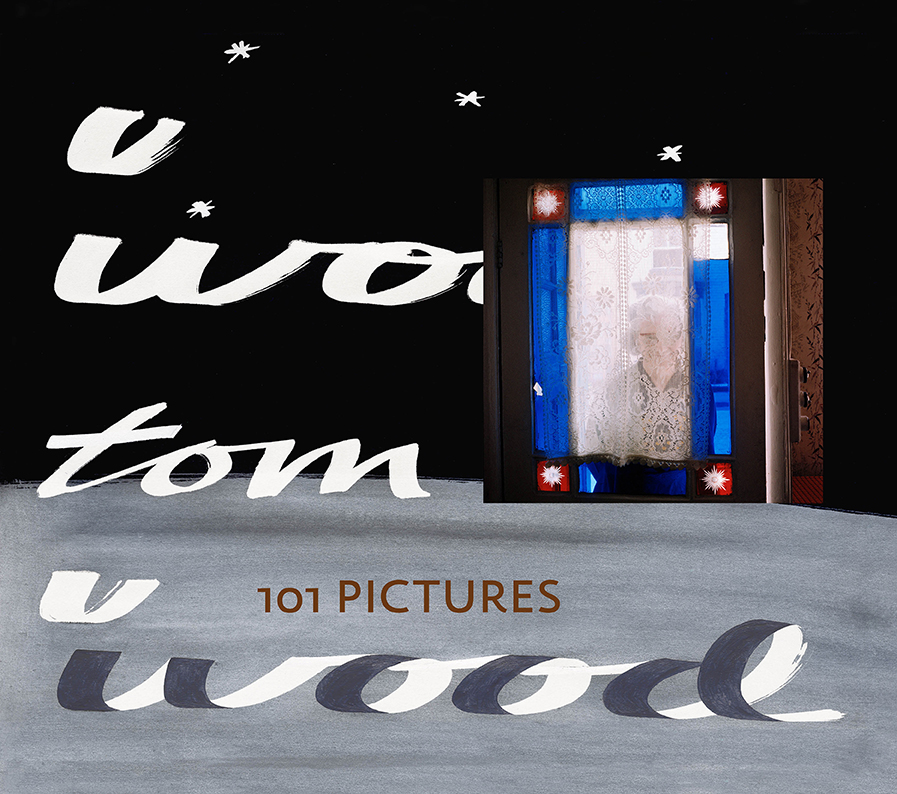