Interview
Family, Flora and Photos: The Ties That Bind
In the footsteps of Sally Mann and Emmett Gowin—honest, touching portraits of a childhood spent amidst the simple beauty of nature in the Midwest.

Family, Flora and Photos: The Ties That Bind
In the footsteps of Sally Mann and Emmett Gowin—honest, touching portraits of a childhood spent amidst the simple beauty of nature in the Midwest. 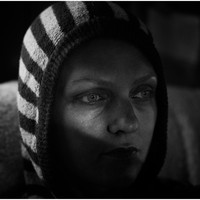 The bonds we make in life will always have a hold on us. No matter how insulated one might feel from others, we are all inextricably connected and interconnected in some manner or another. Such is the cycle of life.

Tytia Habing has lived a somewhat cyclical life thus far — having been born in rural Illinois, she proceeded to live most of her adult life in the Cayman Islands. But now, she has returned, with her husband and son, to where she grew up. Her photo series and resulting book, This is Boy, is the product of seeing the world through her son’s eyes; a world much like her own childhood, spent growing up in a rural area on a working farm.

We wanted to learn more about Habing’s process: from her learning curve to why she can only photograph that which she is closest to. So we reached out to learn more (interview conducted by Cary Benbow of Wobneb Magazine).

Wobneb Magazine (WM): Can you speak to one of the strong themes in your work?

Tytia Habing (TH): My feeling is that we need to live with the environment instead of at odds with it. We are part of nature, but it’s as if humans have forgotten this teeny-tiny fact somehow.

It’s our responsibility to be good stewards to the earth. Thus far, we’ve done a horrible job at it. Having said that, it feels like the tide is slowly starting to turn the right way. Whether that’s because we’re all starting to grow a conscience or whether it’s from a fear that we’ll end up killing ourselves and our children, I don’t know. But as long as there’s a change for the better, it’s a positive development.

WM: You’ve talked about the theme of nostalgia as it pertains to your work—can you say more?

TH: I didn’t even realize how nostalgic the series felt until I received several emails from people from my parent’s generation—people in their sixties and seventies. They all said it reminded them of their own childhoods, but not their grandkids’. They all indicated they felt sad for the way their grandchildren are growing up. That made me realize I’ve really been photographing my own childhood, in a way.

“Plants and beautiful Mother Nature is, and will always be, a great inspiration.”

I grew up in the very same spot, doing similar things: playing in the river, hiking through the woods, digging in the dirt. Nostalgia is a powerful thing indeed. It brings you back to simpler, happier times. In this case, it made me realize most kids won’t have that affection or nostalgia for nature like older generations have. That makes me pretty sad.

WM: In the past, gallery exhibitions were the pinnacle for a fine art photographer. Now, there’s a push for photographers to make books. You’ve been through the process. Please talk about the role of the photographer as publisher.

TH: I think it’s great that photographers are publishing their own books. I’m a big fan of photobooks. Now, it’s an expensive, hard thing to do and so I applaud anyone that’s done it or is trying to do it. From what I understand from photographers that have done it already—and from my own limited experience—it’s not at all a money maker, but it helps get your work out there in front of people.

WM: Your collaborative project book “The Sixth Sense” was named one of the top 35 photo books of the year by Andy Adams in 2014. What was it like to work on a collaborative book project such as that?

TH: I did the book with my good friend Kristianne Koch-Riddle and she came up with the idea. Our boys lead similar lives in that they both embrace the natural world (unlike a lot of their peers). We thought a book showing this would be a great idea.

WM: Who are your inspirations?

To put it simply: I like a vast array of other photographers—but I do tend to gravitate mostly to black and white shooters. Each and every photographer I love has a quality that I desire. That’s why I love them, I think. For example, Emmet Gowin is very honest with all his images; Sally Mann’s work is so beautiful it’s almost otherworldly; Diane Arbus was bizarre and wonderful; Susan Burnstine’s photos are from a dream and so are Tami Bone’s — but hers are filled with fascinating animals as well and have magical qualities to them.

Still, inspiration is not a conscious act. I don’t think I’ve ever taken a photo and consciously tried to make it look like or emulate another photographer’s work. The brain is an amazing and mysterious thing though, so I’m certain I probably do it in an unconscious way.

I’m not sure anyone is original anymore. It’s probably all been done before and we’re all just adding our voices to things we’ve seen already.

WM: Many of these artists are using nature or incorporating their subjects in nature. Have you seen the work of Ralph Eugene Meatyard, and specifically the photos he made of his children and his wife? What kind of comments do you think other photographers make when they include their own family in their “fine art” images?

TH: I am familiar with him and like him very much. I have an affection for artists that are a little different or odd—but most artists are that way, aren’t they? I’m sure a lot of photographers are trying to say specific things by using their own families in their work but a lot also use their own family because that’s what they have to work with. It’s convenient.

I think I’m a little of both. I tend to photograph things and people I love. I don’t get the same excitement shooting something I’m not close to or that I don’t care about. I have to care, personally, or it’s of no interest to me. 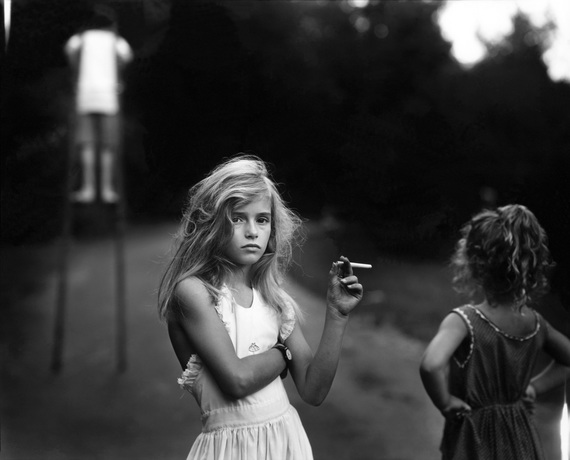 When looking at the work of Tytia Habing, it is understandable to recall the work of Sally Mann. Although Mann is one of her inspirations, that influence does not define Habing’s work as derivative. There is an immediacy and honesty to Habing’s images, especially in her work focused on her son. Whether he is in a costume, bare-chested among the vegetation of their midwestern home, or gazing directly into his mother’s lens for a portrait — Habing’s son (and thus Habings work) rings true. Mann frequently set up her shots in her book, Immediate Family, staging and restaging scenes to depict the concepts Mann was trying to evoke . The photos are unabashed fiction: but told to reveal truths about the complexity of childhood.

But Habing seems to pull off an honesty easily, using only her documentary approach of capturing the world around her. This is especially true when photographing her son. Habing has said about her approach and preparation for photographing him, “I don’t think I prepare at all except to make sure my camera batteries are charged and to steel my nerves at whatever dangerous thing he may be doing next. You have to have patience, though. I do bring patience along. Well, most of the time. I never set up a scene. It’s not that I haven’t tried a few times in the past. For me, or my son, it just doesn’t work. The images look forced and awkward. It has to be all natural.” 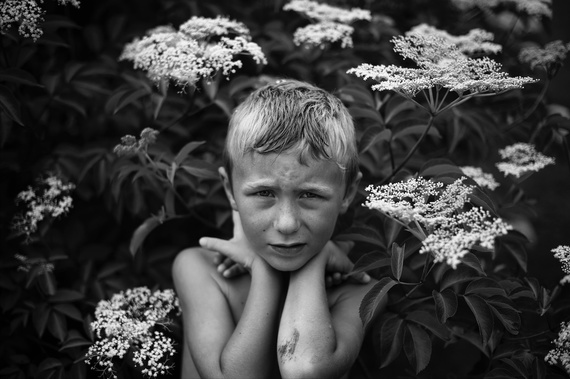 WM: Do you feel there is a significant difference between “documentary” style photography versus “portrait” photography? How do you define those genres?

TH: I feel like my photographs fall into both categories, but I’m not sure things always have to be categorized, you know? Generally, I tell people I photograph my own little slice of life. It’s a minuscule slice of the world at large.

Describing my photography on my website and social media sites is a completely different story and not easy for me. You have to describe yourself in such a way that people looking for your type of work can find you and that’s always tough for me.

WM: Do you find it a struggle to be an artist where you live in the Midwest? Do you feel isolated from the larger artistic community?

TH: I wouldn’t say it’s easy, but it’s just different, I guess. The internet and social media make the world a much smaller place and it’s easier to get your work out there by using it.

I think anyone near a large artistic community definitely has a leg up on me, and maybe I have to work a little harder at it, but that’s life. Do I wish I was near an artistic community? Absolutely, but it just so happens I live out in the middle of nowhere so that’s not going to happen anytime soon. And anyways, if I didn’t live here, I wouldn’t be able to make the work that I do…

The frank honesty of Tytia Habing’s images leave us feeling as if we’ve been allowed to view a beautiful family album, that is at once foreign and our own. Much like growing vines that twist and grow upward to form fantastic garden structures, our children grow, change, and shape themselves into independent people within whom we see ourselves. These are the ties that bind.

If you like this work, be sure to explore some of the inspirations that Tytia mentions: from Kristianne Koch-Riddle to Lori Vrba and Aline Smithson. Also, don’t miss the work of Alain Laboile, a similarly beautiful chronicler of his children rural youth, (in this case, in the south of France).