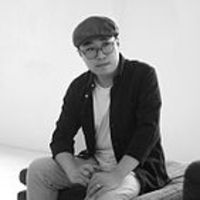 Yang Yongliang’s work has been our radar for several years now. At all the biggest photography fairs and international showcases, you’re sure to come across one of his breathtakingly large landscapes. After being named to the 2015 Prix Pictet shortlist, we finally managed to catch up with Yongliang to find out more about his impressive oeuvre. Below is an edited transcription of managing editor Alexander Strecker’s interview with the artist, via e-mail.


LC: You studied “visual communication” rather than photography specifically. You often talk about how you have worked in many mediums. Still, is there something special about photography for you?

Photography is a crucial part of my work. Through taking pictures, I was able to capture the moments of current lives and the changes that a city was going through. Time challenges all of us—that’s what makes photography so significant. In all of my works, I include thousands of photographs; thus each image becomes a small portion in the passing of time. Like a shared memory, these abundant scenes offer many points of entry for the viewer.

LC: Can you describe the process behind your images in From the New World? I’ve seen these works in person and they’re almost unbelievable. I also have no idea how you construct them and would love to know.

Before getting started with this particular piece, my hard drive was already fed with urban landscapes photos I took throughout the past decade. Excluding the image-collecting, it took me half a year to make From the New World.

For most of my digital landscape pieces, I would first have a vague composition outline, then I work on one mountain after another. I included natural rocks among the buildings since this very series in 2014; they created more naturalistic volumes for the artificial peaks. I usually plant “trees” on top of each mountain afterwards.

[A video installation from one of Yongliang’s earlier series. Courtesy Galerie Paris-Beijing]

LC: I was surprised to read that some of your pieces include material from Iceland and Norway. Why did you think to include nature shots that were so distant from your usual Chinese subject?

I went to Iceland and Norway a few years ago. I was amazed to find so many astonishing natural landscapes there. They reminded me of what ancient Chinese literatis depicted in traditional landscape paintings. They made me feel familiar with the foreign land and I thought they could fit perfectly in my works. My intention is to express a critique of urbanization and consumerism in China, but also as a global issue (the problem is not limited to China after all…). Yet artistically, I’ve adapted an “Oriental way,” a Chinese mode of expression.

LC: It seems that a very important question in China right now is the relationship between tradition and change. Your work engages with this subject but in an abstract way—i.e. your works are not documentary. What do you think the artistic/conceptual approach offers that a “realistic” style cannot?

Even though my works are not “realistic,” they are based on documentary photography. Without documentary, I wouldn’t be able to describe the overwhelming impact of the current environment we’re living in. I believe deeply in the strength of capturing the “present.” Through Chinese landscape painting’s distant perspective, I was encouraged to showcase multiple “presents” altogether in one scene.

LC: The theme of Prix Pictet this year is “Disorder.” Can you discuss how your work relates to this idea? In some ways, your images feel very ordered and precise…

The making of my work seem fairly ordered, yet an ordered land might not be an ideal one. When buildings and electric cables are piled up like intensive peaks, when lightning-fast development and urban expansion are happening in a disordered manner, I would raise my concern for the human beings left behind.

LC: Who is your ideal audience for this work? The Chinese audience or an international audience? Have you found that the work resonates more or less outside of China?