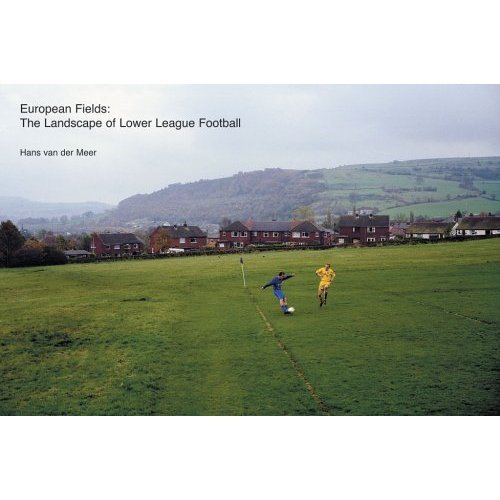 European Fields: EDITION ON1
by Hans van der Meer
Publisher's Description
At the beginning of the 1995 soccer season, Hans van der Meer set out to take photographs of the game that dodged the clichéd traditions of modern sports photography. In an attempt to record the sport in its original form—a field, two goals and 22 players—he sought matches at the bottom end of the amateur leagues. He avoided tight telescopic details and the hyperbole of action photography, pulled back from the central subject of the pitch, and set the playing field and its unfolding action in the context of local elements. Over the last 10 years, Van der Meer has continued this project across the playing fields of Europe, traveling to every country with a significant history of the game. The Netherlands yielded 1998’s Dutch Fields, and the odyssey that brings forth European Fields has since taken him from Bihariain, Romania to Björkö, Sweden, from Torp, Norway to Alsóörs, Hungary, from Bartkowo, Poland to Beire, Portugal, and to urban and suburban Greece, Finland, England, France, Germany, Scotland, Switzerland, Holland, Slovakia, Denmark, Ireland, Wales, Belgium, Spain and Italy. Van der Meer’s understated observations of the poetry and absurdity of human behavior on the field use soccer to consider— and provoke a laugh at—the human condition.
ISBN: 3865211917
Publisher: Steidl
Hardcover : 176 pages
Language: English
Dimensions: 15 x 10.8 x 1.1 inches