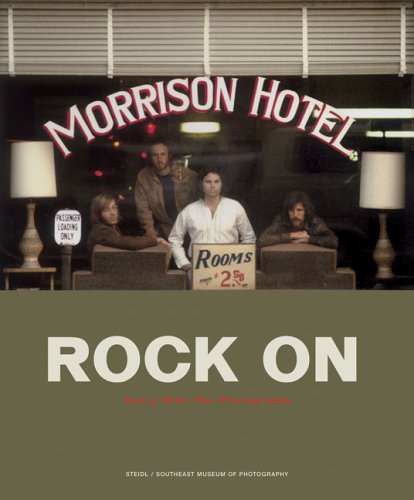 As a pioneer of rock photography, official photographer at Woodstock and the Monterey Pop festivals, and a close friend of many of his subjects both then and now, Henry Diltz has created indelible images of icons including the Beatles, Chuck Berry, Jimi Hendrix, Janis Joplin, The Mamas & The Papas, Joni Mitchell, The Rolling Stones and Neil Young. He is still following and shooting rising stars, most recently Holly Williams, Hank Williams’s granddaughter; even as he has also begun a new life as the proprietor of a gallery in SoHo that showcases his classic and current work. It’s called the Morrison Hotel, after his ubiquitous Doors album cover.

Through the years Diltz’s work has focused not only on the famous—whom he catches in intimate moments at home, on the road, in studios and on stage—but on the unique culture and aesthetic of rock music. Rock On investigates that world and includes a foreword by Graham Nash.
ISBN: 3865212158
Publisher: Steidl/Moderna Museet
Hardcover Language: French