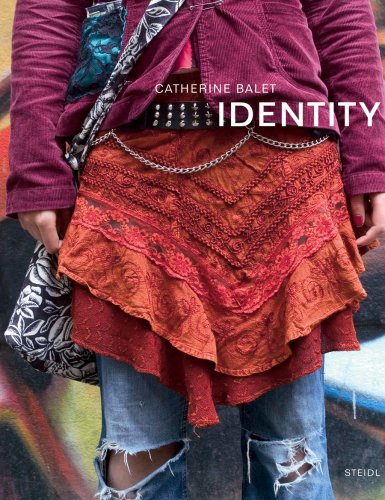 Identity
by Catherine Balet
Publisher's Description
In January 2004, while the French government was debating banning religious and political symbols from schools, Catherine Balet began taking pictures of signs, labels, codes and icons that have social and aesthetic significance in the teenage world. As she extended that project from Paris to London, Berlin, Barcelona and Milan, it quickly became a record of the dress codes in European schools, a reference work on tribal subdivisions there. Teenagers in their struggle for identity and self-esteem, troubled by an urgent desire to be different, usually adopt the codes of a group, often inspired by music trends and always tweaked by circumstance, conscious individuation, or both. In each city, Balet discovered the same music, fashion, brands, bands and labels. Only the details differed, reflecting the complexity of the history of each country or the influence of its migrant populations. In London and Barcelona, where the uniform is a school institution, details are all that students have by which to define themselves: Balet captures the way these students customize their outfits. Her large, richly descriptive portraits, set in the street, combine documentary style with poetic sensibility, capturing the complex mix of youth and age inherent to adolescence, its fragility and determination, and the era’s new mix of global homogenization and local individuation.
ISBN: 3865212263
Publisher: Steidl
Paperback : 160 pages
Language: English
Dimensions: 8.9 x 11.3 x 0.6 inches