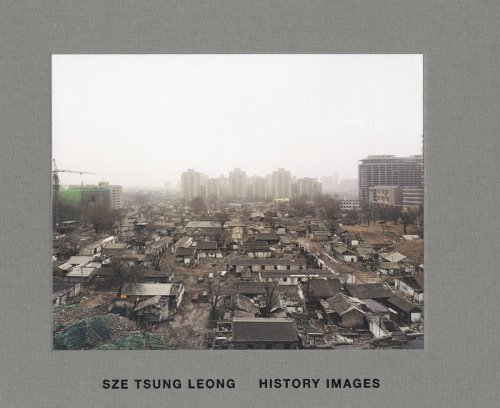 History Images
by Norman Bryson
Publisher's Description
Since 2002, Sze Tsung Leong has been photographing the dramatic changes that are transforming the cities of China, revealing a process that begins with the destruction of traditional neighborhoods and ends in the mass construction of new urban environments. He travels with a large-format view camera, visiting cities including Beijing, Shanghai, Chongqing, Nanjing, Pingyao and Xiamen, and the resulting highly detailed images portray the immense scale of the upheaval and of the contradictions created by its uncertain and fluctuating environment. Traditional buildings in the process of being demolished are juxtaposed against the glass walls that are about to replace them; seemingly abandoned buildings on the verge of destruction, or in the midst of construction, reveal clues of habitation; historic areas survive as a result of neglect and isolation rather than intent; and obscured in the midst of expansive, culturally ambivalent spaces, small Chinese script on indistinct signs serves as the only hint that these environments are in China. Collectively, the photographs in History Images capture the erasure and subsequent absence of history, and the moment of anticipation for the new future to unfold; it is an urban reality caught in the tenuous period after the end of one history and at the beginning of another.
ISBN: 3865212743
Publisher: Steidl
Hardcover : 144 pages
Language: English
Dimensions: 12.6 x 10.9 x 0.8 inches