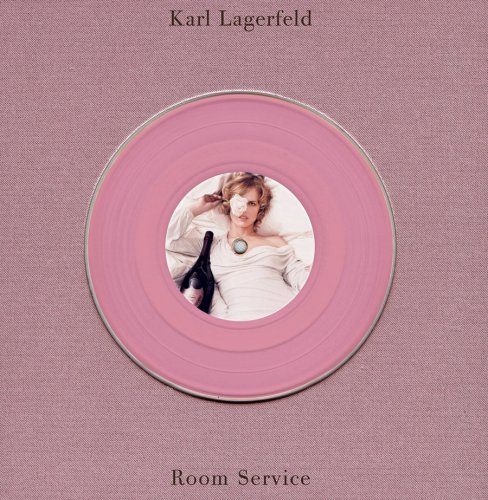 Karl Lagerfeld: Room Service
by Karl Lagerfeld
Publisher's Description
Right from the beginning, Karl Lagerfeld conceived Room Service as a multi-track matrix: a series of photos, a short film and an unusual version of the song 'Diamonds Are a Girl's Best Friend,' all collected in one deluxe volume. The project began when Lagerfeld was commissioned to create a campaign for Dom Pérignon. The storyline he created was an ultra-contemporary fairy tale that recounted an irresistible attraction between two solitary and seductive hedonists whose paths cross at one of Paris' finest hotels-the woman played by Eva Herzigova, and the man by Brad Kroenig.

Lagerfeld shot photographs of the stranger-couple's erotic encounter, and Johan Renck shot the film, all in the luxurious George V hotel. Says Lagerfeld, 'Johan Renck is a music video genius. He liked the story and put it into action. He followed the script even more carefully than I could have done with still photos.' For the song, Lagerfeld chose neo-folk singer/songwriter Devendra Banhart. 'After Marilyn, who could have sung this song? A woman? I find Devendra's low-high, ambiguous voice amazing and absolutely perfect. His version of 'Diamonds Are a Girl's Best Friend' is magnificent, unique and daring.' This deluxe volume features tritone printing, an exclusive vinyl single of Banhart's performance and a DVD of Renck's film.
ISBN: 386521326X
Publisher: Edition 7L
Hardcover : 60 pages
Language: English