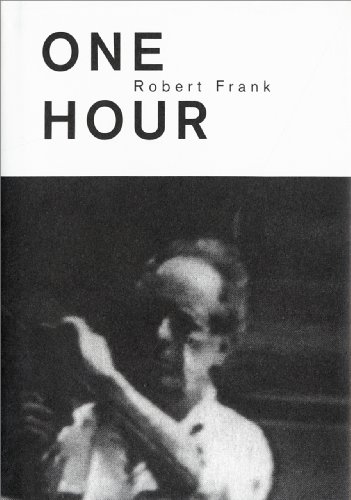 Robert Frank: One Hour
by ROBERT FRANK
Publisher's Description
C'est vrai! (One Hour) is a single-take of Robert Frank and actor Kevin O'Connor walking and riding in the back of a minivan through lower Manhattan. Shot between 3:45 and 4:45 p.m. on July 26, 1990, it appears to document a journey, but this little and little-known book, first issued by Hanuman in 1992, reveals it to have had a script (by Frank and his assistant, Michal Rovner) and enough actors (27) and crew to fill two pages of credits. Frank also acknowledges that a conversation heard in a diner is written by Mika Moses, but that Peter Orlovsky's crucial plot-turning lines, intercepted by Frank roughly halfway through the hour, in front of the Angelika Cinema on Houston Street, are 'total improvisation.' C'est Vrai is published as a part of a long-term program to re-issue all Franks works; the film will also be issued as a DVD within Robert Frank: The Complete Film Works.
ISBN: 3865213642
Publisher: Steidl
Hardcover : 88 pages
Language: English
Dimensions: 4.9 x 6 x 0.5 inches