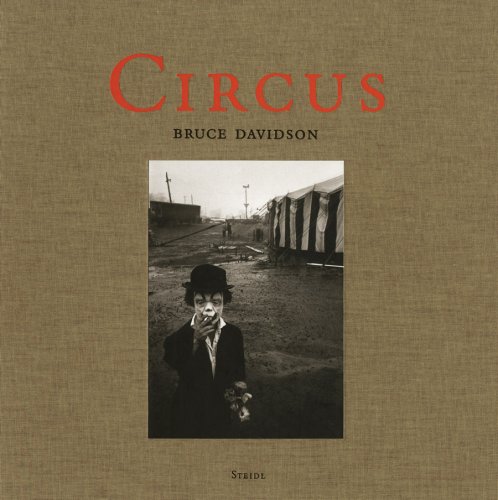 Circus
by Bruce Davidson
Publisher's Description
One of the world's most influential photographers, Bruce Davidson, takes readers inside three midcentury big tops in images that are poetic, realistic and profound. He reveals not only the swiftly vanishing cultural phenomenon of the circus, but what might be called the eternal human circus. At a three-ring show in 1958 he climbed to the top of the tent to view the performances of the famous liontamer Clyde Beatty and human cannonball Hugo Zacchini. His deeper interest lay in the daily lives of circus performers and producers-the roustabouts and riggers, and the pretty girl who rode an elephant in what was called the 'spec.' He also made an intimate series of a dwarf clown. In 1965 at a huge multi-ring coliseum show, Davidson took a more critical look at performances under a steel-and-concrete environment; continuing behind the scenes, his vision became sharper and more surreal. And in 1967, Davidson caught the elegant exuberance of an Irish one-ring circus. He photographed the kinds of performances that are the essence of the medium, including a face-to-face encounter with an exceptional trapeze artist. Most of these pictures are published here for the first time.
ISBN: 3865213669
Publisher: Steidl
Hardcover : 101 pages
Language: English
Dimensions: 12 x 11.7 x 0.7 inches