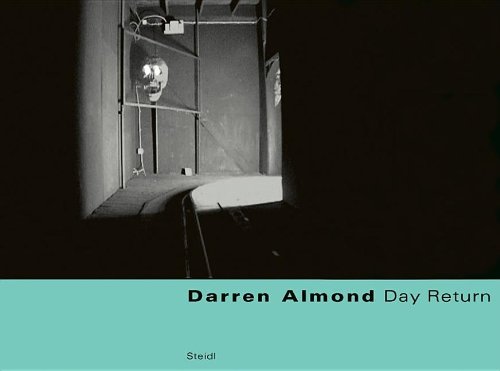 Darren Almond: Journey Time
by Herbert Martin
Publisher's Description
One of the most significant British artists of the past decade and the youngest of the YBA Sensation artists, Darren Almond has worked with film, photography, live satellite broadcast, sculpture and drawing to establish a richly complex, emotive and flexible practice that centers on time and history, often focusing on the dark traces of industrialization. Raised in the coal-mining heartland and transport hub of northwest England, Almond became a keen train-spotter as a youth and has since made numerous works involving railways. His most ambitious project to date, Day Return, centers on a trilogy of films devoted to remarkable railroads. The first, Schwebebahn (1995) was shot in Germany, upside-down, on the first monorail, while Geisterbahn (1997) was filmed in Vienna on an old-fashioned ghost train. The last was shot in 2006 on the highest railway in the world, between Beijing and Tibet. Substantial selections of images from all three films are included here.
ISBN: 3865213839
Publisher: Steidl
Hardcover : 64 pages
Language: English
Dimensions: 7.4 x 9.8 x 0.5 inches