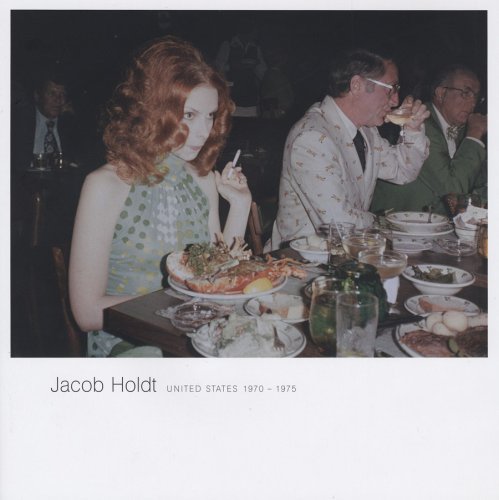 United States, 1970-1975
by Jacob Holdt
Publisher's Description
In the early 1970s, Jacob Holdt left his native Denmark and arrived in the U.S. with 40 dollars in his pocket. He meant to zip through the country on his way to South America, but he was so shocked and fascinated by what he saw here that he decided to stay a while. When his family was skeptical about the poverty he described in letters home, his father shipped over a cheap amateur camera, asking for proof, and Holdt began to create this portrait of America and its underclass. In the end, he spent five years as a vagabond, selling his blood twice a week and hitch-hiking over 100,000 miles. He befriended whoever offered him a ride, and a ride frequently became an offer to stay a few days. He never said no, and in the end visited more than 350 homes, where he photographed the people he lived with: poor families, millionaires, junkies, members of the Ku Klux Klan. His images echo the work of the WPA, and have inspired Lars Van Trier among others. More recently, Holdt, who was born 1947 in Copenhagen, has been working in third-world countries, documenting the lives of those in poverty there.
ISBN: 3865213936
Publisher: Steidl & Folkwang Museum, Essen
Hardcover : 192 pages
Language: English
Dimensions: 9.8 x 9.9 x 0.8 inches