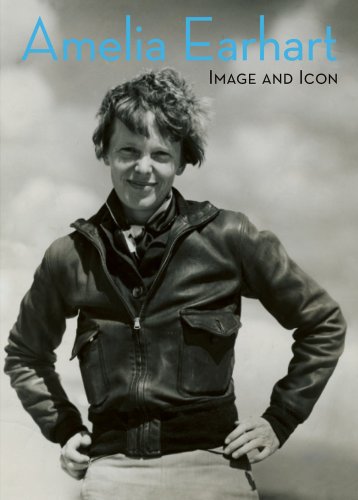 Amelia Earhard Image and Icon
by Amelia Earhart
Publisher's Description
Amelia Earhart remains nearly as famous today as she was in 1937, the year her plane disappeared over the Pacific. What roles did photography and the media play in constructing her iconography? In an era when aviators were glamorous symbols of adventure and modernity, she launched herself into instant celebrity by becoming the first woman to fly across the Atlantic, her celebrity aided considerably by the flight promoter and publisher George Palmer Putnam, whom she later married. For nearly 10 years, from the late 20s to the late 30s, newspapers and magazines profiled Earhart's record-breaking flights, her forays into clothing designs and her endorsements for everything from cigarettes to luggage. Earhart, in turn, capitalized on the fame that her accomplishments brought her to champion the advancement of women and other causes about which she was passionate. In her unconventional pants and leather jacket, she became the embodiment of the new roles that began to seem possible for American women in the 1920s and 30s. Through magazines, newspapers, original press photos and advertisements, Image and Icon, published on the occasion of the exhibition at New York's International Center of Photography, traces the construction of Earhart's iconic image and its continued resonance today.
ISBN: 386521407X
Publisher: Steidl
Hardcover : 165 pages
Language: English
Dimensions: 9 x 12.2 x 0.8 inches