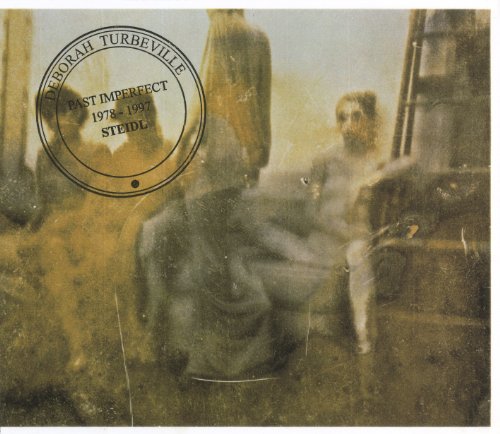 Past Imperfect
by Deborah Turbeville
Publisher's Description
Past Imperfect looks into the heart of the influential American photographer Deborah Turbeville's oeuvre, surveying her groundbreaking narrative work of 1974 through 1998, when she pioneered a look of antique decadence, using distressed film and prints to capture models as Miss Havishams in faded fin-de-siecle glory. Some 15 series, structured like short stories or novellas, encapsulate that unique sensibility and elegant aesthetic. They remind the viewer, as one critic has written, of films they would have liked to have seen, and inspire comparisons to Luchino Visconti, Jean Cocteau, Rainer Werner Fassbinder and Joel-Peter Witkin.

Turbeville's vision is unorthodox-at once haunted and haunting. She creates those effects with the help of favorite actresses and models, largely unknown, acting as a repertory cast. They interpret her endangered species, anachronisms, out of sync with their time and context, playing mutations in a mannequin workshop, statues in a Paris art school, and automatons in a derelict factory. And they help to create a characteristic sense of fragmented dreams, of dislocation, hallucination and time without boundaries-the past imperfect.

Turbeville began her career working for the avant garde designer Claire McCardell, who she credits as a major influence, and then as a fashion editor for Harper's Bazaar and Mademoiselle. Today, she shoots fashion for international Vogue titles and The New York Times Magazine. Her previous monographs include Wallflower, Newport Remembered, Studio St. Petersburg and Unseen Versailles, which The New York Times described as the expression of 'the brilliant idea, which she credits to Jacqueline Kennedy Onassis,' of photographing the title palace's storerooms and attics. Unseen Versailles won a 1982 American Book Award.
ISBN: 3865214525
Publisher: Steidl
Hardcover : 192 pages
Language: English
Dimensions: 9.7 x 11.5 x 1 inches