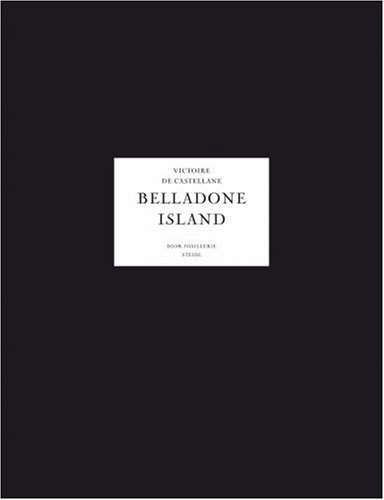 Belladone Island
by Guido Mocafino
Publisher's Description
'Who says real should be boring?' asks Victoire de Castellane. After 14 years designing costume jewelry for Chanel, de Castellane moved to Dior in 1998 to create that house's first fine jewelry collection, where her eccentricity, energy and love of fantasy have made her a standout amid the sometimes staid world of haute joaillerie. Inspired by Dior's enchanted world, she has transformed ribbons, feathers, bows and flowers into fantastic bijoux. In this volume, she dreams up Belladone, an imaginary island conducive to the growth of Belladonna, a toxic plant whose essence Renaissance Italian women used to dilate their pupils-dilated pupils being one of the signs of sexual arousal. Each of the pieces in the collection is named after a plant from the island's imaginary ancestral herbarium, including 'Reina Magnifica Sangria,' 'Poisono Misterius Spinella,' 'Carnivora Fluora Eternita,' 'Dracula Spinella Devorus' and 'Carnivo Papidevorus,' among others. The first section of Belladone Island is generously illustrated with Guido Mocafico's photographs of the collection. Mocafico has also photographed jewelry for Bulgari, Gucci, Hermes and Harry Winston. His best-selling photo books include Venenum, Serpens, and Medusa. The second section here follows the unveiling of the collection, starting with promotion in the virtual world Second Life, and carrying through to the live presentation in the Nymphéas de Monet hall at the Musée de l'Orangerie in Paris.
ISBN: 3865214789
Publisher: Steidl
Hardcover : 80 pages
Language: English
Dimensions: 9.5 x 12.4 x 1.8 inches